What’s happened to the public naming exercise for Project 2034? 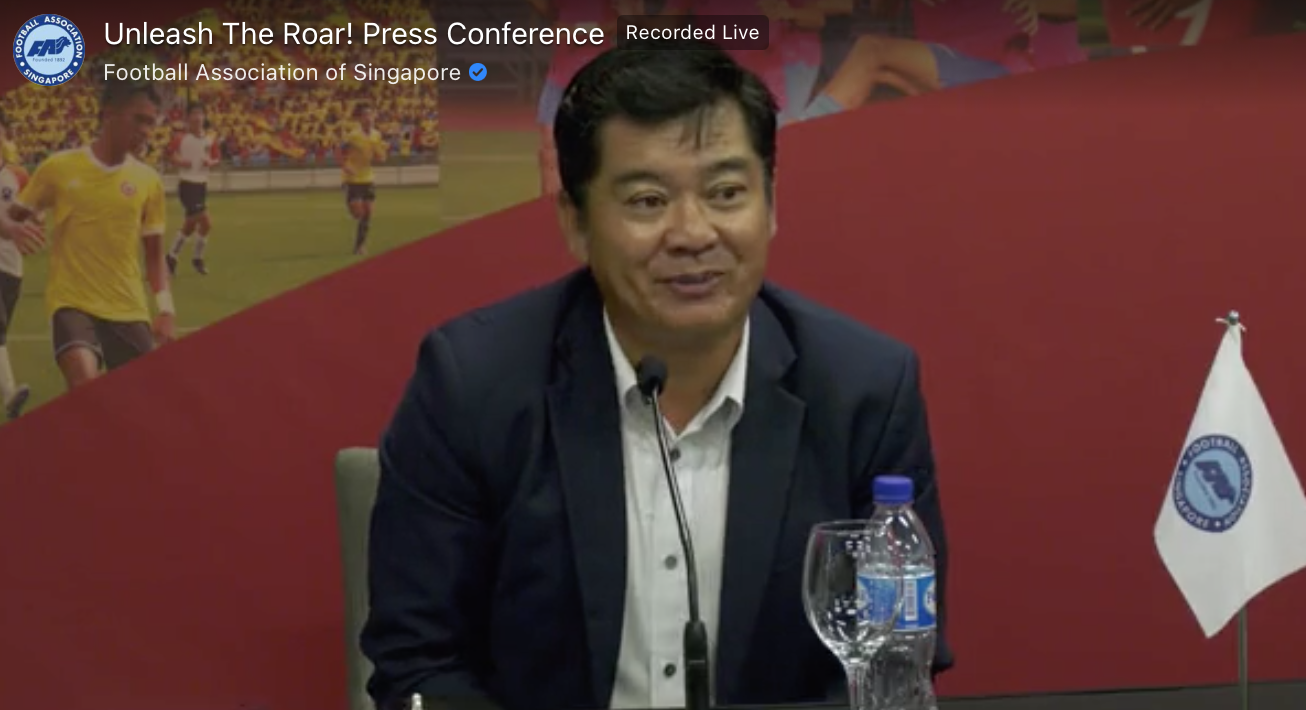 A “public naming exercise” to name the project towards the 2034 World Cup has still yet to be started.

Towards the end of the media conference to provide more details on the Unleash the Roar project held on 9 March 2021, Football Association of Singapore (FAS) Deputy President Bernard Tan asked to make an announcement about a “public naming exercise” for the project which was announced to guide Singapore to the 2034 World Cup.

However, till today, some more than two months after the media conference and announcement, there seems to be no sight or sound of any public naming exercise or any sort.

The full clip of the media conference below but the announcement was made at about 1:58:00 onwards of the feed.

Tan said then, “Can I make one announcement?

“Unleash the Roar is a tagline.

“Actually what we are doing is we will have a public naming exercise that will be launched to enable the people who will be participating in this to name what the project should be.

“I just wanted to let you all know that that’s in the pipeline.”

With more than two months since the announcement, perhaps it is only timely that the FAS provides an update on the mechanics of the public naming exercise.