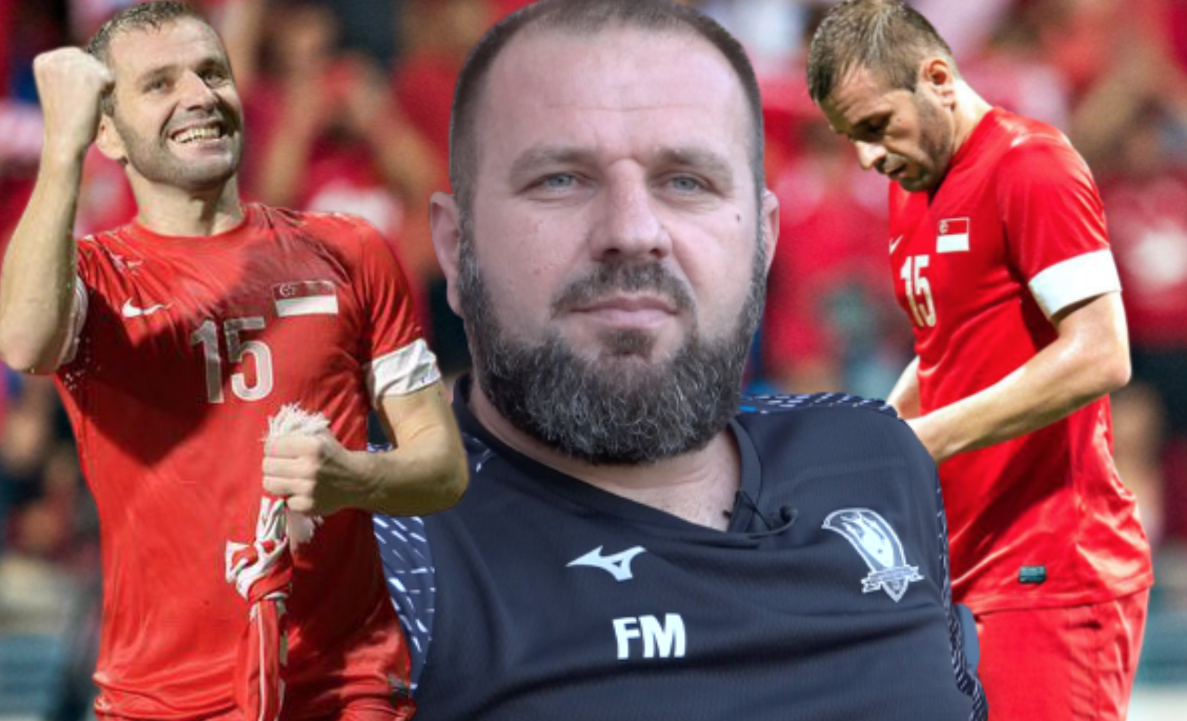 Former Singapore international and current assistant coach of Tampines Rovers Mustafic Fahrudin hopes the current crop of Lions will be able to make the finals of the Suzuki Cup this year, and “make the nation happy again.”

Speaking to TMSG at Our Tampines Hub ahead of the Stags’ final match this weekend, the former defensive midfield bedrock of the Lions who is a two-time ASEAN champion said, “I hope they do well.

“This is an opportunity for all these players, with some of them coming to the stage where it will be their last or second last Suzuki Cup.”

Serbian-born Fahrudin or Fara as he is affectionately regarded by those close to him, made 87 appearances in a Lions jersey from 2006 to 2018.

All in all, he scored eight goals for Singapore during his international career.

Which is why he feels that the Lions should make full use of the home advantage.

“The crowd will really help us a lot.

“I hope that this time around, most of them recognise that and really try to compete this time.”

Fahrudin’s penalty at the 2012 Suzuki Cup final in at the Jalan Besar Stadium set Singapore on course for a fourth ASEAN title in 2012 with the Lions winning 3-1 at home and then lifting the title on a 3-2 aggregate despite losing 1-0 in Bangkok.

And Fahrudin, who has remained a loyal servant Singapore football after arriving in Singapore in 2002 from Serbia feels that “with more courage, more belief, and hopefully after almost 10 years, we can at least make it into the final and make the nation happy again.”

Singapore has been grouped with Thailand, Myanmar, Philippines and either Brunei or Timor Leste for the upcoming Suzuki Cup to be held from 5 December to 1 January 2022.