Malaysia get their Cools defender. 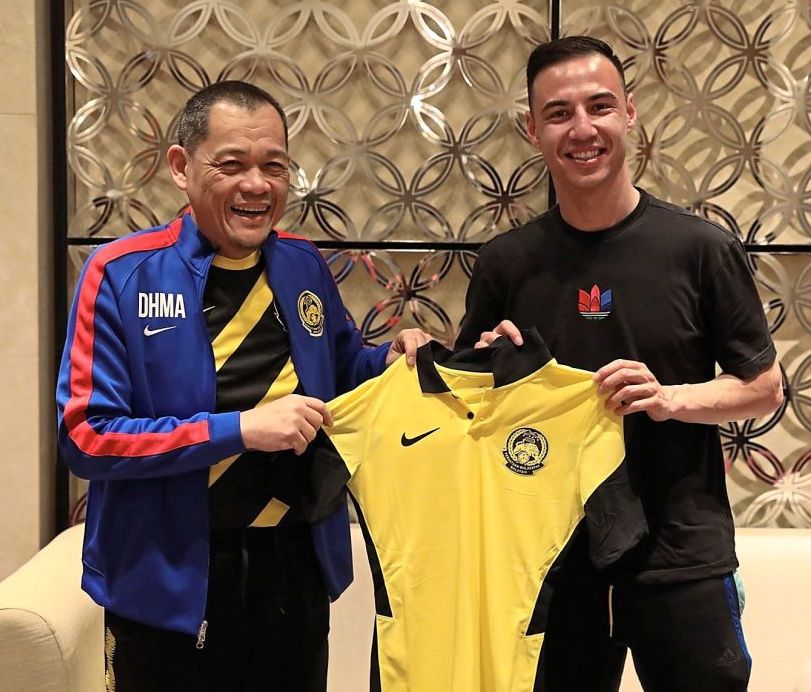 He was hoping to be called up to the Belgium national football team.

But in the end, 24-year-old Dion Cools has decided to take up the offer to wear a Malaysian national football jersey instead and will be part of the Tigers squad in their World Cup 2022 and Asian Cup 2023 second-round qualifiers in Dubai.

In a Facebook post, the Football Association of Malaysia thanked Major General Tunku Ismail Ibni Sultan Ibrahim, the Tunku Mahkota Johor for playing “an important role in convincing Dion Cools to choose Malaysia as a national team that he wants to represent at senior level.”

The rightback, who is a versatile defender, reported to the team’s camp on Tuesday (June 1) and is expected to partner Aidil Zafuan Abdul Radzak in defence when the Malaysian Tigers face the United Arab Emirates (UAE) on June 3.

Said Malaysian coach Tan Cheng Hoe, “We have given him some task, homework on our way of play, show him some videos of our team playing, tactical movements and defending style.

“I think he is a fast learner and willing to learn, we will monitor his development,” he said in a virtual conference.

The 1.85m tall Kuching-born has been fielded 32 times by his club FC Midtylland in the 2019/20 and 2020/21 seasons as well as three times in the European Champions League so far.