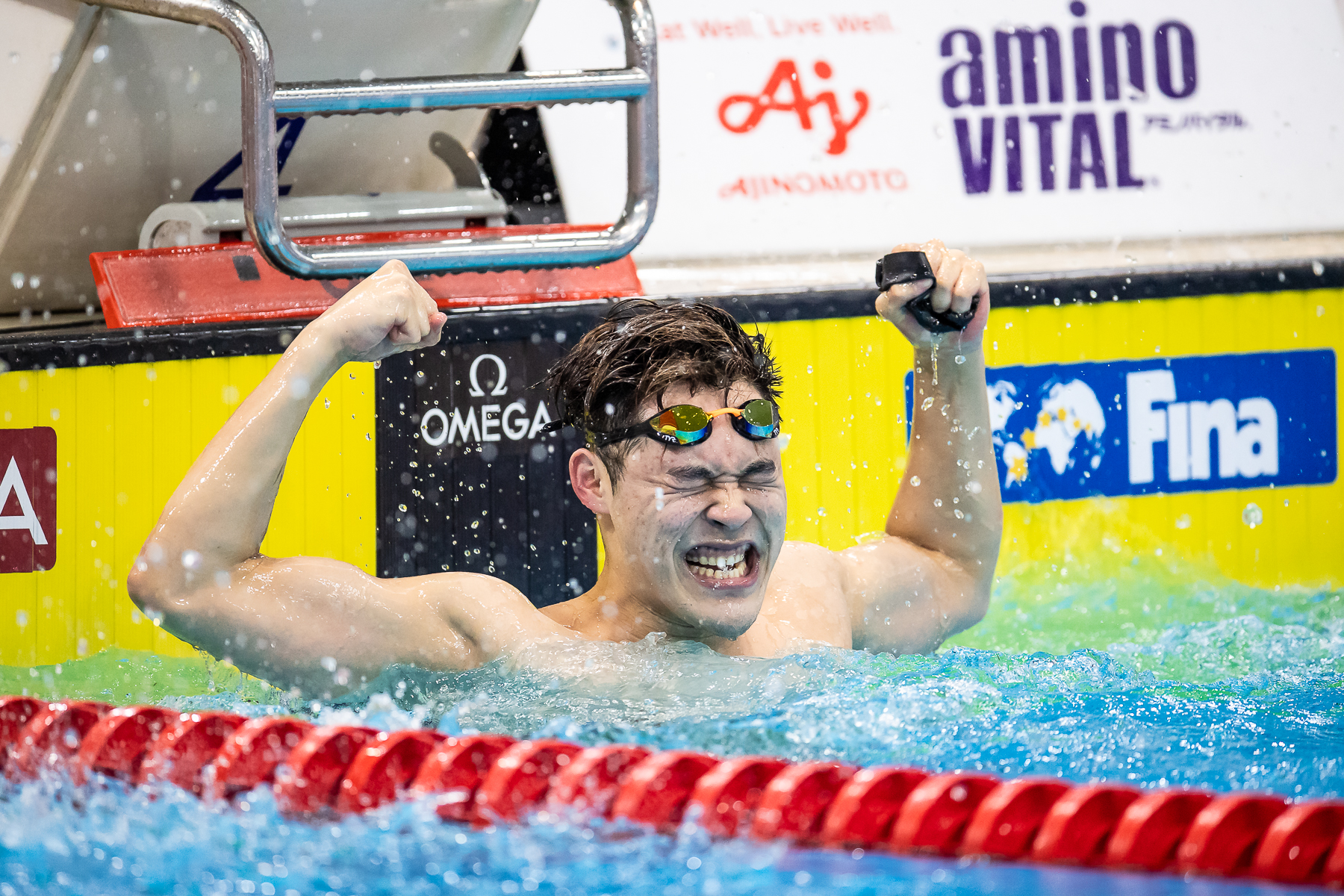 Maximillian Ang, 20, from Aquatic Masters Swim Club (AMSC) clinched his spot at the SEA Games with a stunning swim in the Men’s 100m Breaststroke, touching the wall first in a time of 1:01.87s, well under the SEA Games “A” Cut time of 1:01.98s.

Ang had also rewritten his own National Record in the Men’s 200m Breaststroke on Wednesday.

Christie May Chue, 21, of Chinese Swimming Club (CSC) made it a clean sweep of the breaststroke events when she won the Women’s 100m Breaststroke in a time of 1:10.42s.

Alicia Soosai of Swimfast Aquatic Club (SAC) was third in a time of 1:14.19s.

Butterfly specialist Ong Jung Yi came from behind to defeat Teong Tzen Wei in the Men’s 100m Butterfly to retain the Chan Ah Kow Cup, awarded to the Singaporean winner of the event.

“I felt that this was one of my best races, where I did not make any mistakes, in short it was a perfect race for me. I’m really happy because I was relaxed and enjoyed my swim, as compared to my race on Wednesday”, said Ong.

He added, “The main difference was that I realized that the 200m Butterfly on Wednesday was the best chance of me making the Olympics, if I could do it, and I think the unnecessary stress really got to me where I could not focus on my strokes.

“With the one-day break in between, I told myself to unwind and not think too much about my swim, just relax and try my best to enjoy my swim and that was the attitude that I brought forward today and I really enjoyed my swim today.”

19-year-old Gan Ching Hwee won her second Kee Soon Bee Cup, awarded to the Singaporean winner of the Women’s 400m Freestyle, when she blitzed the field to touch the wall first in a time of 4:15.70s.

Glen Lim, of ATS, and current national record holder, was first in the Men’s 400m freestyle when he clocked a time of 3:54.65s.