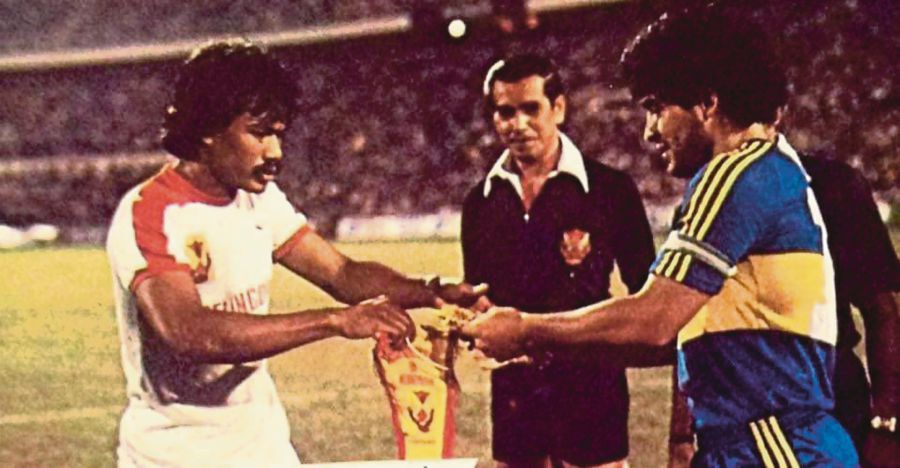 The name Mokhtar Dahari appearing on a tweet by the International Federation of Association Football (FIFA) on 29 June has sent Malaysian and some Singapore football fans into a frenzy.

In the tweet, FIFA acknowledged that Malaysian football legend Mokhtar Dahari was the third highest goal scorer of all time.

The first place and second places was taken by Ali Daei from Iran and Cristiano Ronaldo from Portugal with 109 goals each.

The list consists of 12 footballers whom FIFA acknowledge their achievements.

Mokhtar, who is also regarded as Super Mokh, was the only Southeast Asian football player on the list.

It is learnt that Mokhtar achieved the feat in 142 games, giving him an average of 0.62 goals per match.

He also featured in many matches between Singapore and Selangor in the Malaysia league and cup competitions.

His achievements earned him an offer to join the Real Madrid C.F. in 1975, which he had turned it down because of his patriotism to his country and native club of Selangor.

The cause of his death was never revealed for 19 years until a documentary about his was aired, revealing that he had succumbed to a motor neurone disease (MND).