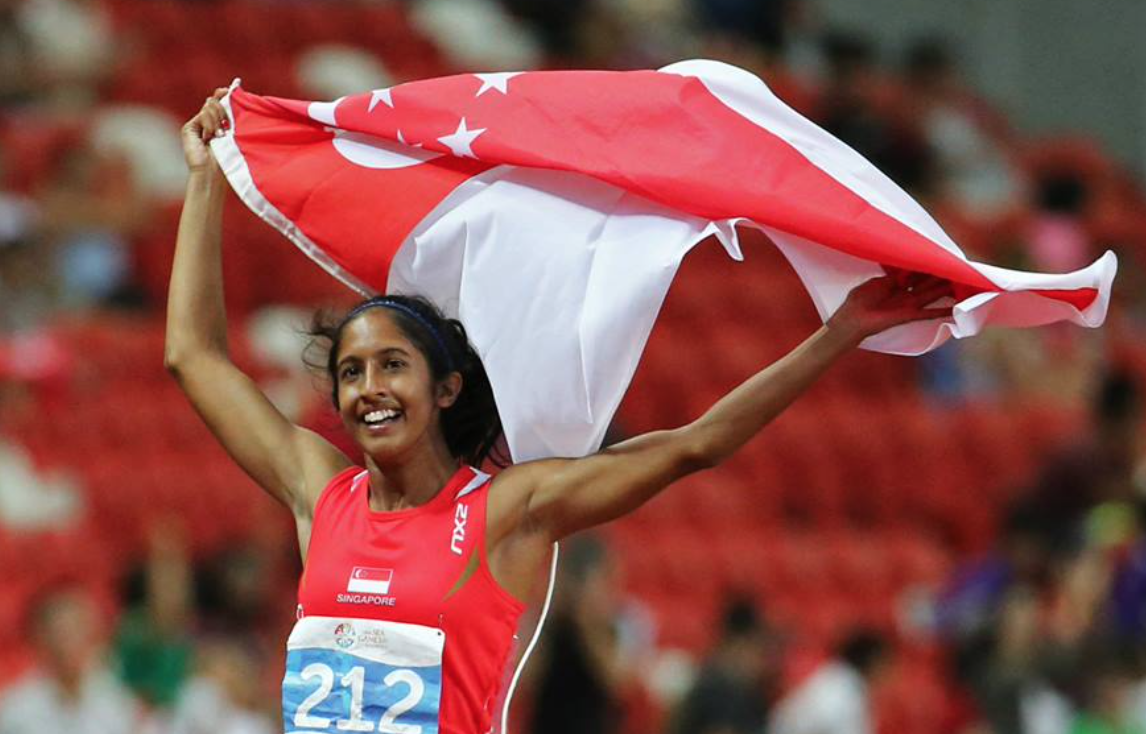 Singapore Athletics (SA) has announced that sprinter Veronica Shanti Pereira has accepted the universality place and will represent Singapore at the Tokyo 2020 Olympic Games to be held from 23 July to 8 August.

She will be Singapore’s only track and field representative in Tokyo.

The World Athletics’ Olympic qualification system states that National Olympic Committees with no male or female athlete, or relay team which which have qualified will be allowed to enter their best ranked male or female athlete in one athletic event, with the exception of the Combined Events, 10,000m and 3000m Steeplechase.

Pereira was selected as the nominated universality entry in accordance with SAA’s selection criteria.

Her participation in Tokyo in the 200m will be her first high profile race since her 23.77s bronze medal run at the 2019 Southeast Asian Games in Manila.

She also earned a bronze at the SEA Games in Kuala Lumpur in 2017.