U.S. sprinter Sha’Carri Richardson suspended for one month after testing positive for cannabis. 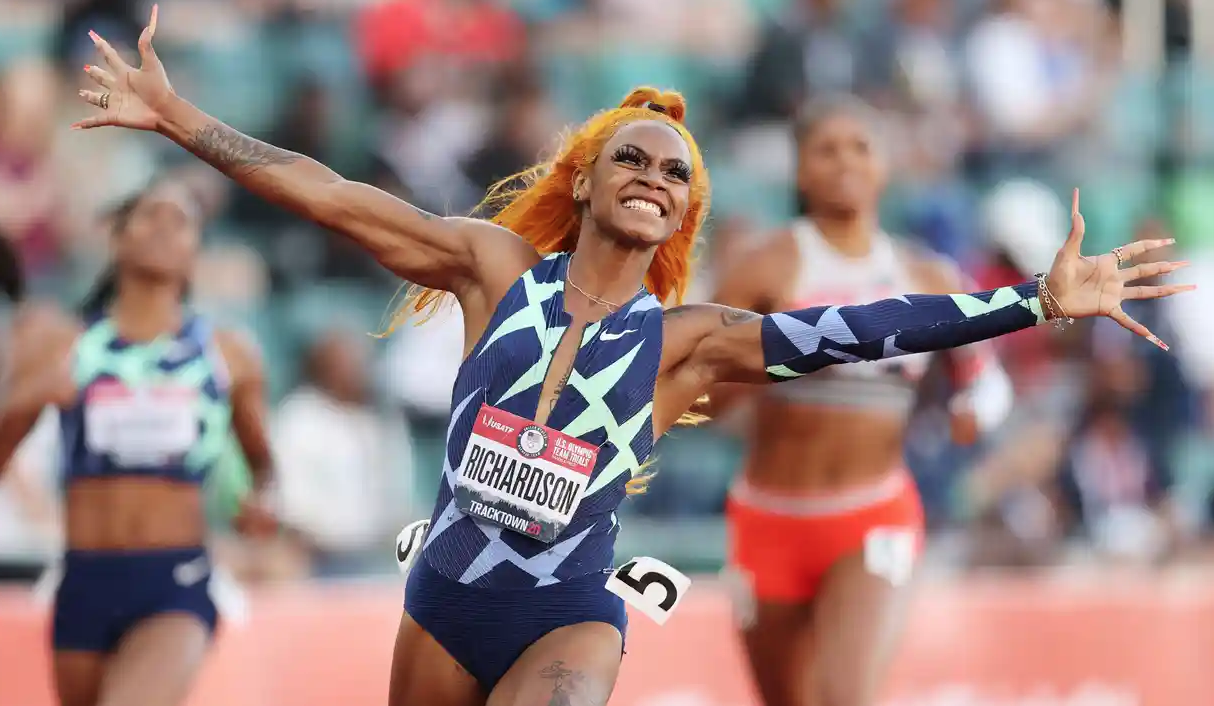 American track sensation Sha’Carri Richardson, who punched her ticket to the Tokyo Games after winning the women’s 100-meter race last month, has been suspended from the Olympic team after testing positive for THC, the chemical in cannabis, NBC News has reported.

Richardson failed a drug test following her Olympic qualifying 100-metre race victory at the U.S. Olympic Track and Field Trials in Eugene, Oregon, on June 19, according to the United States Anti-Doping Agency.

“Richardson’s competitive results obtained on June 19, 2021, including her Olympic qualifying results at the Team Trials, have been disqualified, and she forfeits any medals, points, and prizes,” a statement from the USADA said.

She also accepted a one-month period of ineligibility that began on June 28, 2021.

Athletes who test positive for a substance of abuse, which THC was newly classified as in 2021, usually receive a three-month suspension if they can establish that “their use of the substance occurred out of competition and was unrelated to sport performance.”

Richardson “successfully completed a counselling program regarding her use of cannabis,” which under USADA rules knocks her ineligibility down to one month.

“Right now I’m just putting all of my energy into dealing with what I need to deal with to heal myself,” Richardson said on NBC’s “TODAY” show Friday morning.

“I want to take responsibility for my actions,” she added. “I’m not looking for an excuse.”

“I would like to say to my fans and my family and my sponsorship, to the haters, too, I apologize,” she said.

“As much as I’m disappointed, I know that when I step on that track, I don’t represent myself, I represent a community that has shown me great support, great love.”

She ran the 100 meters in 10.86 seconds, one of her five runs under 11 seconds this season, sparking hopes that the U.S. might win its first gold medal in the women’s race since Gail Devers in 1996.

“The rules are clear, but this is heartbreaking on many levels; hopefully, her acceptance of responsibility and apology will be an important example to us all that we can successfully overcome our regrettable decisions, despite the costly consequences of this one to her,” USADA CEO Travis T. Tygart said.

Richardson also gained attention when she sprinted into the stands following the race and embraced her grandmother, Betty Harp.

During a post-race interview with NBC, Richardson revealed that her biological mother had died the week before.

She said on “TODAY” that it was a reporter who had informed her of her mother’s death, adding that the news was “triggering” and “shocking.”

However, she said she knew she would “still have to go out and put out a performance.”

“I know that I can’t hide myself,” Richardson said. “In some type of way, I was trying to hide my pain.”

“Don’t judge me because I am human,” she added, echoing a tweet she sent Thursday.

“I’m you. I just happen to run a little faster.”