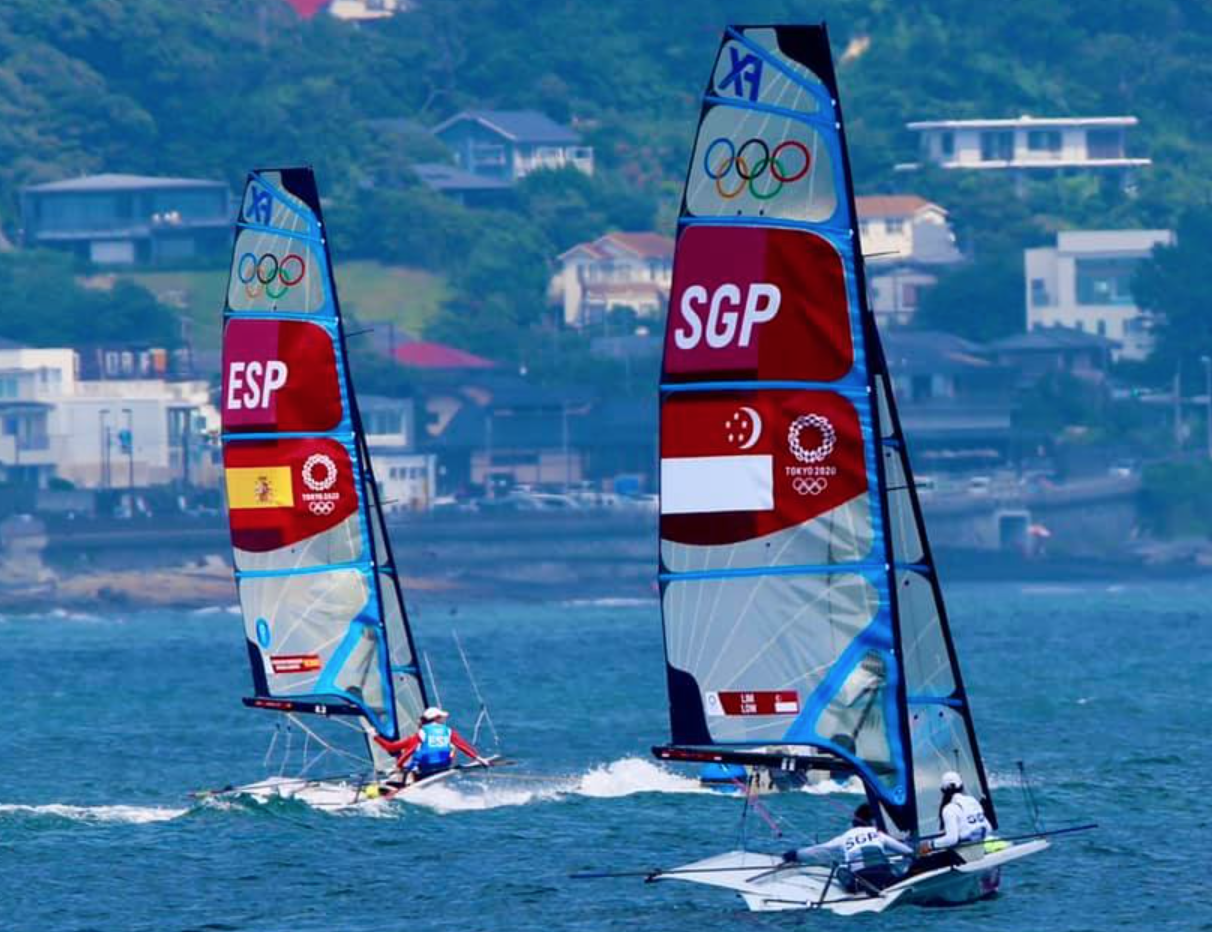 Singaporean sailors Kimberly Lim and Cecilia Low have a shot of an Olympic medal at the Tokyo Olympics after qualifying for the 49er FX medal race.

The duo finished with 97 net points after 12 races on 31 July, ending in ninth spot out of 21 other pairings.

Lim and Low, gold medallists from the 2018 Asian Games, are the first Singaporean sailors to make the top 10 at the Olympics and qualify for the medal race, which will be held on Monday.

Singapore’s best performance at the Olympics prior to this had been Colin Cheng’s 15th spot finish at the 2012 Olympics in London the laser class.

Singapore’s chef de mission at the Tokyo Olympics Dr Ben Tan, said in a Facebook post that he was “super proud of our dynamic duo.”

Culture, Community and Youth Minister Edwin Tong, who also was at the race location in Enoshima in the Kanagawa Prefecture said in a Facebook post that he “saw such great chemistry between the two of them, even as they faced off against top competition – the best in the world.”

He added that he was “happy that they had with them a superb coaching and support team” and that they “deserve to enjoy the moment”.

The final medal race will take place on Monday.