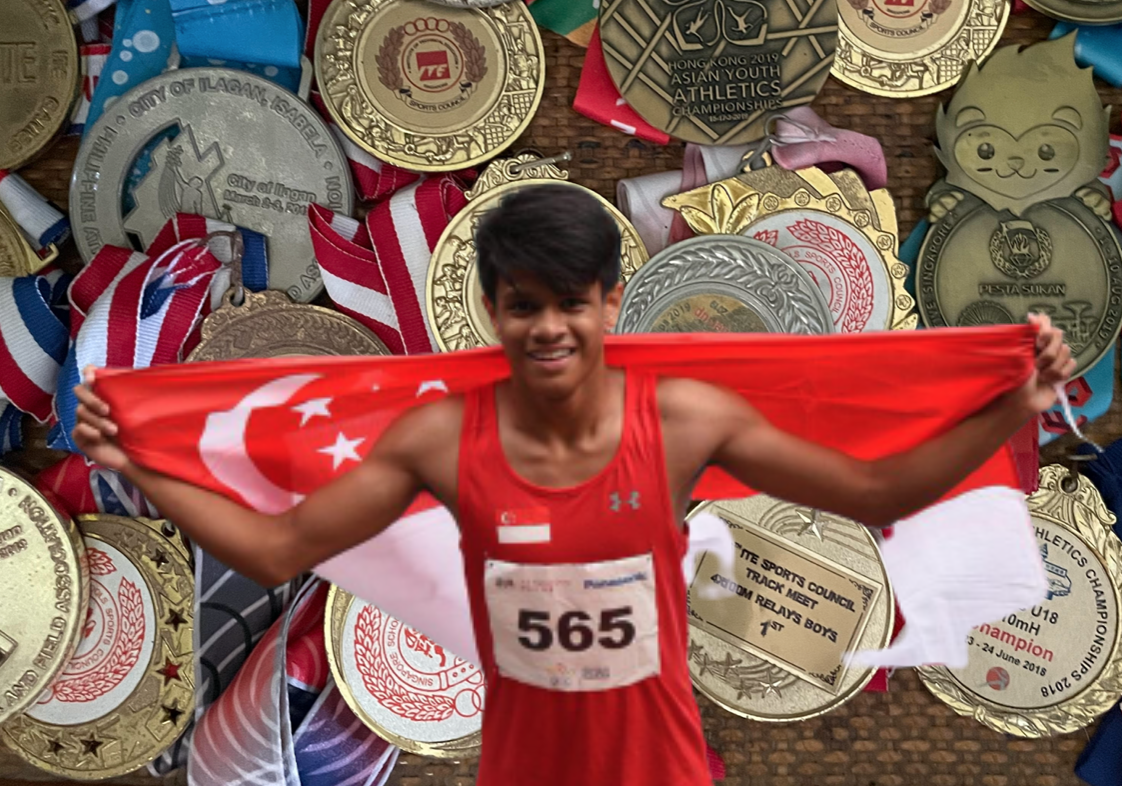 One of Singapore’s brightest young track and field talents will carry the Singapore flag to the upcoming 2021 World Athletics U20 Championships which will be held in Nairobi in Kenya from 17 to 22 August.

Marc Brian Louis, who in 2019 became Singapore’s first-ever Asian youth champion in athletics, will be representing Singapore in the 110m hurdles at the Kasarani Stadium in Nairobi.

He is the holder of the national U18 record in the 110m since 2019 after running a bronze-medal winning time of 13.74s at the Asian Youth Athletics Championships in Hong Kong.

It was at the same event at which he was crowned the 400m hurdles champion, after a surge at the finish which catapulted him to the winner’s podium.

Marc, who is a Sport Singapore Spex Scholar and who receives support from the national agency, also has a personal best of 10.75s in the 100m, and is one of Singapore’s track and field athletes who has been nominated for the next Southeast Asian Games.

“I am happy that I am headed to the world U20 juniors, and hope to at least make the final, if I can,” said the 19-year-old, who is coached by Mr Benber Yu (far right, photo below).

He is also hoping to crack the national U20 record for the 110m hurdles, currently held by Chong Wei Guan at a time of 14.03s.

Marc is not that far off, having stopped the clock at 14.18sec at the Singapore Athletics Performance Trials 2 event on 13 Dec 2020.

The Flash Athletic Club athlete has started his track and field journey when he was in Sembawang Primary School, and recalled how his form teacher Mr Adrian Chong used to push him to participate.

In 2012, he captured the runners up position in the 110m hurdles at the National Schools Track and Field Championships for primary schools.

He continued his medal winning feats into his teens, as he captured both the 400m and 110m hurdles gold medals when he was in Secondary Four in 2018.

And in the following year, he was crowned Asian Youth champion in Hong Kong in 2019.

Marc’s father, Gilbert Louis, is also another the other motivator, and has always been at trackside for most of his son’s events and even training sessions.

He won’t be in Nairobi though, even though he said that it would have been an experience to behold, but is hoping to be on the stands again if his son gets the nod for the SEA Games.

“We are thankful for all the support, especially from coach Benber, who has been very patient and has been helping in so many ways,” said Mr Louis.