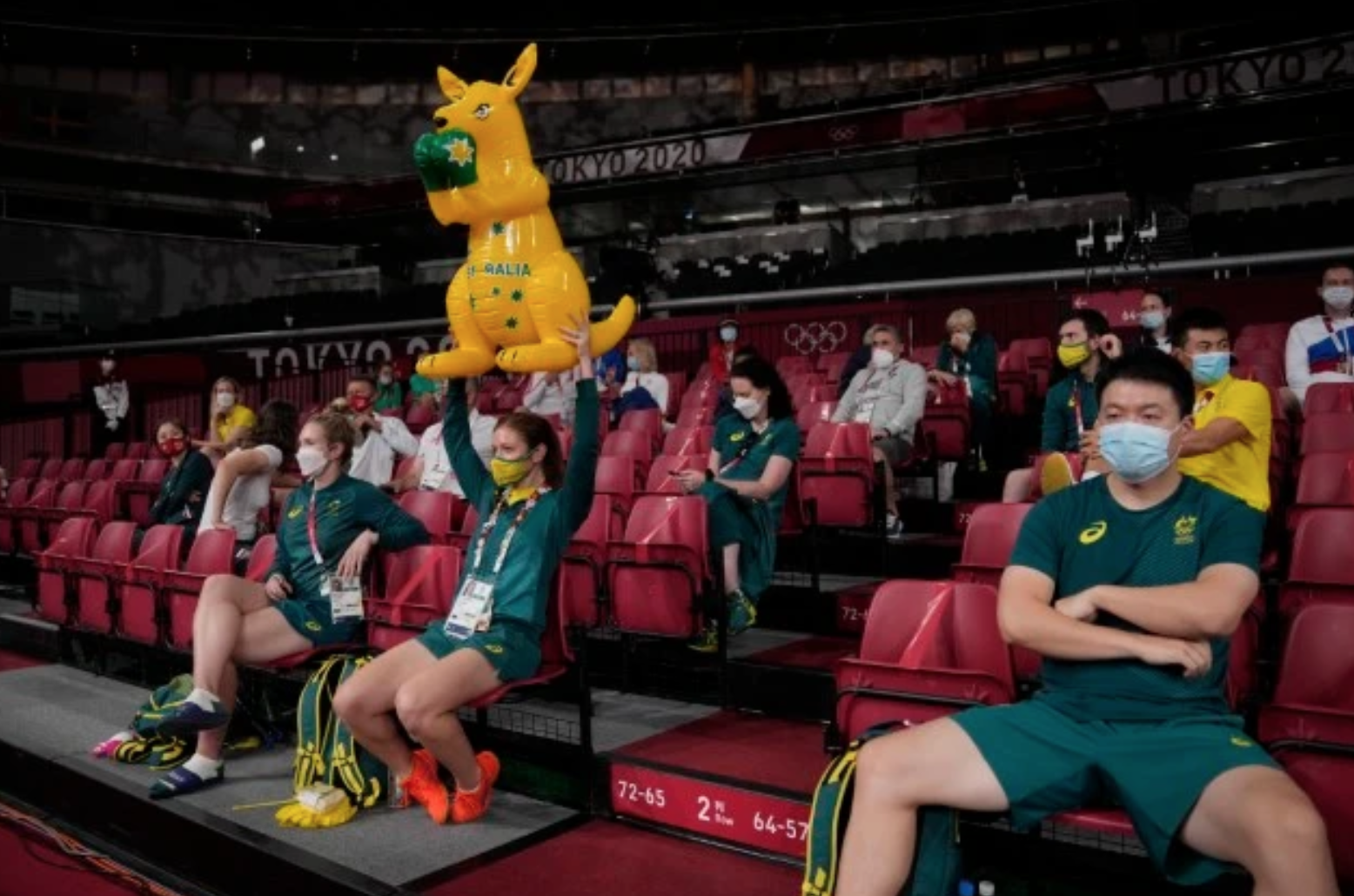 Some athletes had damaged beds and put a hole in a wall, but no disciplinary action would be taken after they apologised, said Team Australia chief Ian Chesterman, without naming the athletes or the sport they represented.

“Some young people made a mistake, they had left the rooms in a condition that was unacceptable,” said Chesterman.

But he added the damage was “minor” and that it was “not the hardest thing to break the cardboard bed.”

“The rooms were not completely trashed in any way.”

“It is a book as old as time: a good young person makes a mistake, chapter two is a good, young person is full of remorse.

“Chapter three is a good young person learns from the mistake and becomes a better person.”

Rugby Australia said later on Tuesday it had launched its own investigation after being informed by Australian team officials of “unacceptable” behaviour by rugby and football players on the flight home from the Olympics.

“Rugby Australia has been made aware of incidents involving the Australian men’s Sevens programme after being informed by the Australian Olympic Committee,” it said.

“Rugby Australia has begun its own internal investigation into the matter….Rugby Australia expects the highest standards of all its employees, modelling the values of our game – respect, integrity, passion and teamwork.”

Australian Olympic Committee Chief Executive Officer Matt Carroll said he had received reports from the CEOs of rugby and football, investigating reports of rowdy behaviour on a flight into Sydney last Friday.

“It’s extremely disappointing but both Rugby and Football (governing bodies) have told me that such behaviour is certainly not acceptable within their sports and have sincerely apologised to the Australian Olympic Team.

“The CEOs have undertaken to take the appropriate action and report back to us,” Carroll said.

“While there has been no formal complaint from the airline, unacceptable behaviour was brought to our attention and I directly raised the issue with our member sports CEOs.”

Chesterman also said the life-size team mascots were removed from Team Australia’s accommodation but found their way back after a few days.

“The kangaroo and emu mascots were missing and we were very pleased to say they have returned. It was a bit of a mystery.

There was a bit of a search and (we) were about to post wanted signs,” Chesterman said.

“It seems they enjoyed a pleasant holiday in Deutschland,” he said referring to Team Germany’s accommodation nearby.

“The mascots enjoy holidays in the village from time to time.

But we are very pleased they are back.”