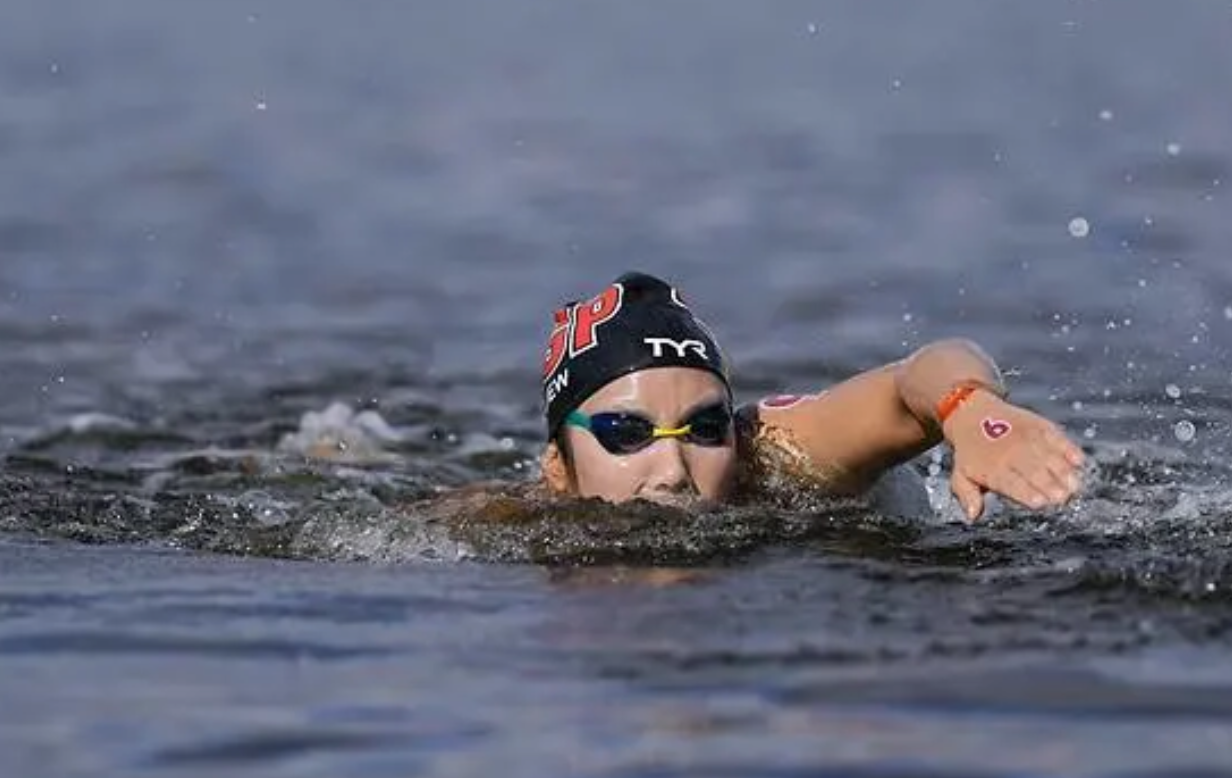 Singapore’s Olympian marathon swimmer Chantal Liew ended her 10-kilometre open water swim in 23rd spot, and then told media hounds in the mixed zone that haters could “kiss her ass”.

Liew, who was the first Singaporean swimmer to qualify for the open water event at the Olympics, had previously said that her own friends had questioned her on desire to train full-time for the sport of her choice.

“They can kiss my ass,” she told reporters at the media mixed zone on 4 August after her swim at the Odaiba Marine Park.

Her quotes were carried widely in most media, including CNA and Yahoo.

“I hope it shuts them up and I hope shuts up all the armchair critics in Singapore. I love what I do, and I think all the athletes love what they do and nothing can take that away from us.”

The even was won by Brazil’s Ana Marcela Cunha in 1:59:30.8, more than eight minutes ahead of Liew.

“Sometimes your best is not good enough but you live and you learn,” she added.

“At the end of the day, I love what I do, and I think all the athletes love what they do and nothing can take that away from us.”

Liew’s feat at becoming Singapore’s first ever participant in the open water event earned the mention of Alvin Tan, who is Singapore’s Minister of State for Trade and Industry and Culture, Community and Youth.

In a Facebook post, he said, “Chantal Liew’s open water swim this morning at the Tokyo Olympics was the first time we had a Singaporean swimmer competing in the open water event at the Olympics.

“We are proud of her achievements!”