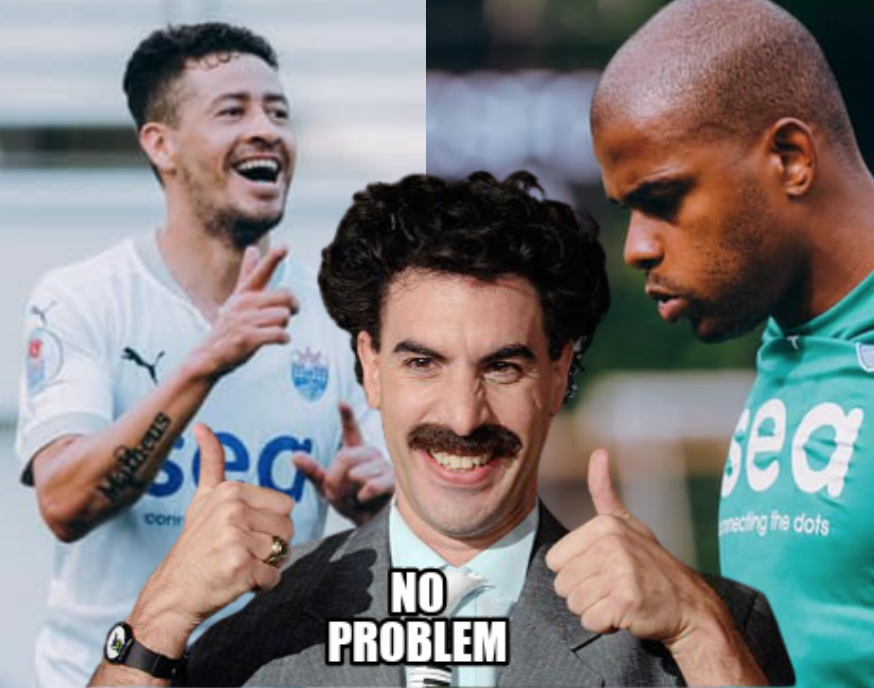 Lion City Sailors thumped Tampines Rovers by four goals to one without their Brazilian duo of Diego Lopes and Jorge Fellipe.

And after two consecutive 1-1 draws against Balestier Khalsa and Albirex Niigata, the result seemed like it was a case of the Sailors sending a signal to coach Kim Do-Hoon that no Fellipe and no Lopes, no problem.

Fellipe missed the clash due to a suspension, while Lopes was out because of a minor injury.

Fans who have been following the Brazilian’s exploits don’t seem entirely convinced of his price tag.

As a midfielder, Lopes has found the net five times so far this season, still not enough goals to have his name up on the Singapore Premier League website on display unfortunately.

He also hasn’t assisted in that many goals, according to the stats.

Having a translator has also meant that integration has been an issue.

But with Lopes having been committed to the Lion City Sailors till 2023, he may have some time of his side to find his footing in Singapore despite the language barriers, just like Brazilian players before him.

Players like Egmar Goncalves, Peres de Oliveira (photo below) and Fabio Da Silva, with Fabio having made Singapore his home since ending his playing career.

In terms of playing time, he has only gone the full 90 minutes for eight matches out of 15 which the Sailors have played so far this season, and played in one half for a couple.

The Sailors have seven matches left on their roster before the 2021 Singapore Premier League champions are decided, with league leaders Albirex Niigata currently in the driving seat.

Coach Kim will now be left with the unenviable task of deciding his winning formula, especially after finally getting a victory in three matches since assuming the role of head coach following the departure of Aurelio Vidmar.