Fans are pissed off that Abbas Saad’s work permit application has been rejected. 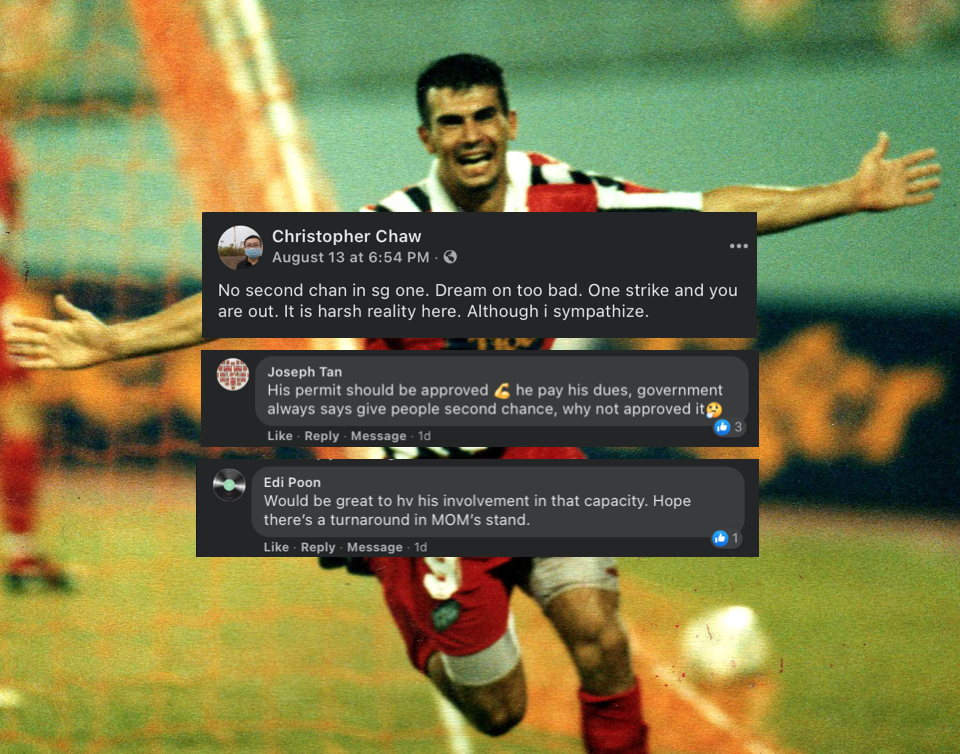 Netizens are reacting to TMSG’s news break on Friday the 13th about Abbas Saad not being able to secure a work pass to work for Geylang International.

Geylang International’s application for Abbas for a permit to work in Singapore with the Eagles was rejected by the Ministry of Manpower, citing his “adverse record.”

And fans and netizns are unhappy that the Australian has been denied the work pass by the Ministry of Manpower because of his 1995 conviction..

Fans who shared the post also sounded somewhat pissed off at the development.

Abbas still possesses a phenomenal following in Singapore among boomers, after his exploits at the National Stadium and around the Malaysian states helped Singapore win the Malaysia League and Cup double in 1994.

But a few months later following the feat, Abbas was fined $50,000 in the Subordinate Courts for conspiring with team-mate Michal Vana to score more goals in a few of Singapore’s matches in the Malaysia League in 1994, the season in which the Singapore side won the double.

Banned from football around the world, his global ban was lifted a year later in 1996.

His life ban in Singapore was lifted by former Football Association of Singapore (FAS) President Ho Peng Kee in 2009.

Several agencies have come out in support of Abbas in his application for the work pass, including the FAS and government agency Sport Singapore.

It is understood that foreigners who are convicted in court while working in Singapore would not be granted a work pass to continue working, or would not have any subsequent applications approved based on their convictions.

Abbas’ case is a test of Singapore’s empathy.