Tampines Rovers face off against bottom side Young Lions next. If they don’t win, how? 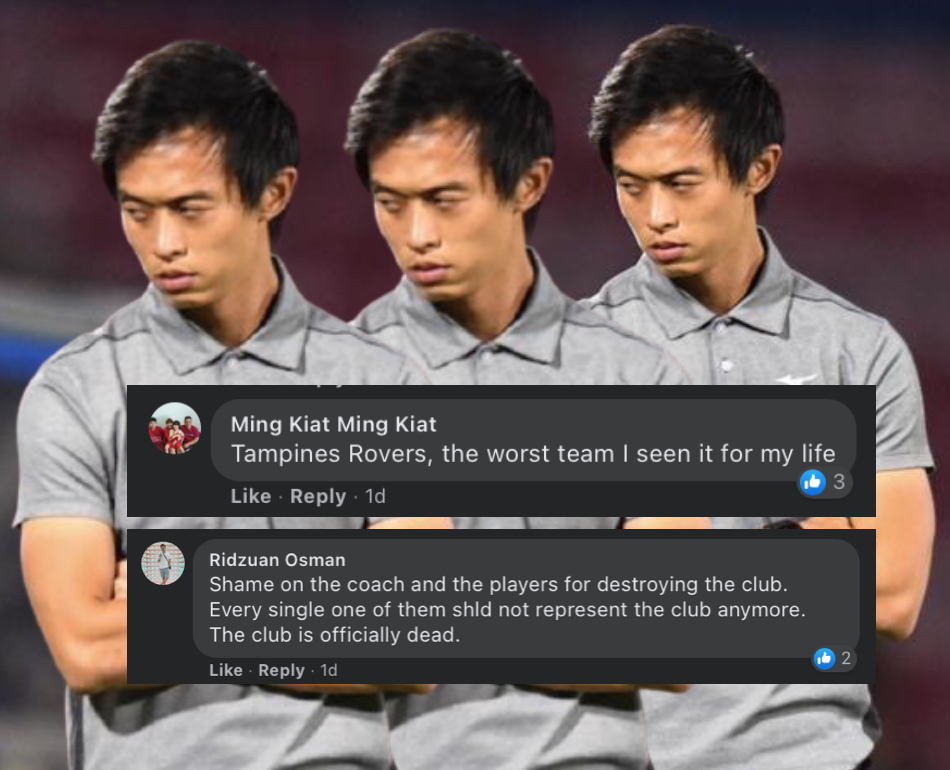 Tampines Rovers have had one too many bad day at the office since returning from the Asian Champions League group stage matches.

And its own fans are up in arms as usual, if comments on the club’s own Facebook page after a 7-3 loss to Hougang United are anything to go by.

Since 22 May, the club has conceded 51 goals in total, and are currently on a 12 match winless streak.

The best result they achieved was a 2-2 draw against Tanjong Pagar United on 29 August.

With the streak looking nowhere near an end, fans have mostly taken out their frustrations of the coach Gavin Lee.

Some fans are understandably asking the most obvious question, which we are also wondering about.

And there are others who have just passed judgment without proper analysis.

The guy above obviously does not watch Balestier Khalsa.

But Lee does have his fan boys as well, who are defending him, here and there.

Separately, one fan even pointed out how teams in the Singapore Premier League have conceded too many goals compared to teams in the Malaysian Super League (MSL).

After 21 games, this is how many goals teams in the MSL have conceded.

And this is how many goals teams in the SPL have conceded so far.

All teams below Hougang United in the league have conceded more than 40 goals after 18 rounds, with Tampines reaching the mark after 17 rounds.

Tampines Rovers will next face off against bottom side Young Lions on 18 September.

A match which they should surely be getting full points from.