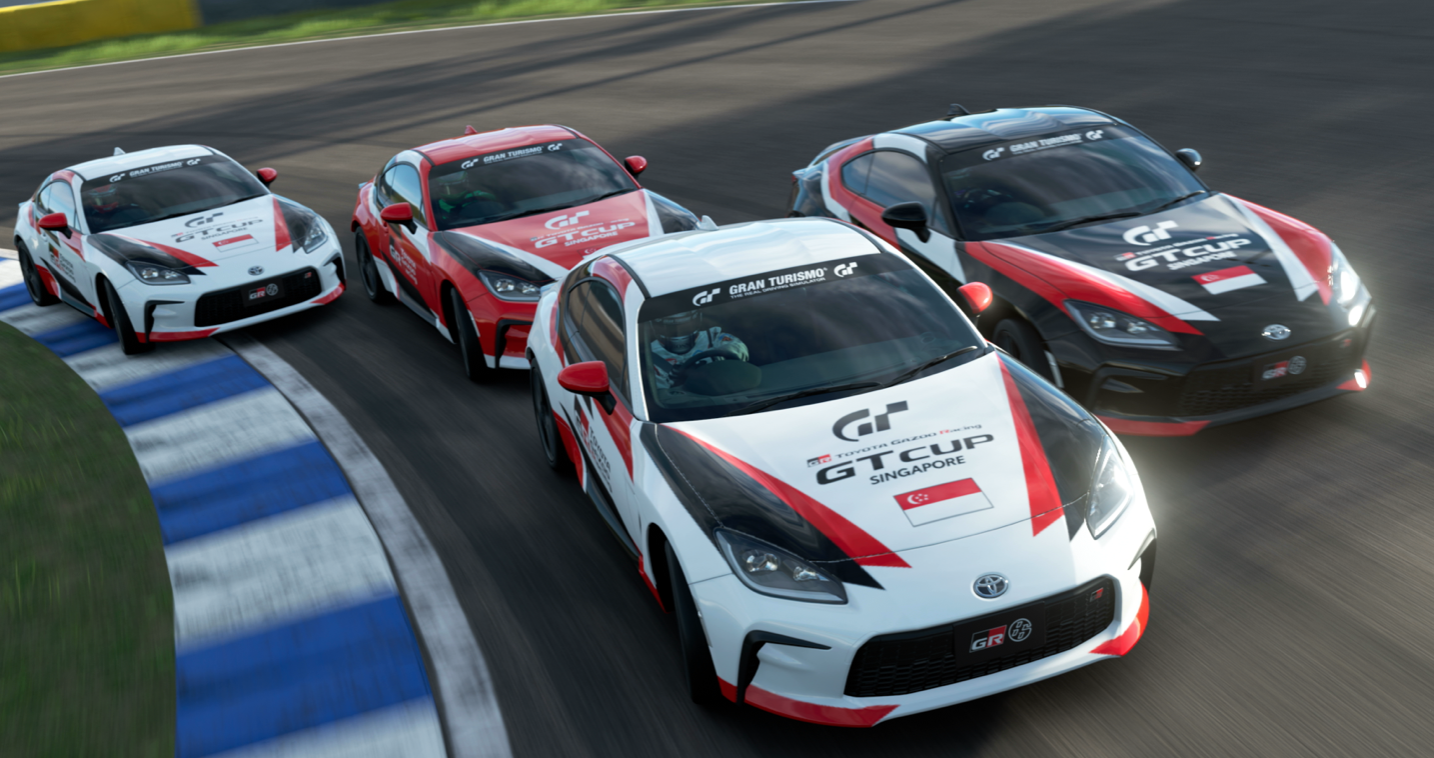 Legion of Racers team member Ethan Yoh has managed to win the Toyota Gazoo Racing GT Cup Singapore after winning 3 out of 3 races in the final with team-mate Zaim Rasyad coming in second place.

It was a missed opportunity for Fadtris Isa as he faced connectivity issues in Race 1 of the Final and this put him out of contention for the Top 3 placing.

The Top 24 fastest drivers from qualifiers were invited to the Semi Finals where they were split into 2 groups.

They were required to compete in 2 races where points are scored and only the Top 12 Drivers could proceed to the Finals.

The three boys were up against strong competition from 2020 Tournament Champion Ar Muhammad Aleef Mohamed Rafik.

In Race 1, Fadtris was fighting for Top Spot with Aleef but both suffered connectivity issues and had to drop out.

This promoted You and Zaim to first and second place after a penalty was given to his rival for pushing him off on the final lap.

In Race 2, Yoh managed to sneak a win from Aleef with Zaim and Fadtris coming in 3rd and 4th place.

In the Final race, Yoh showed great pace to maintain his lead from start to finish while Fadtris and Zaim came in 4th and 5th respectively.

After 3 exciting races, the combined points put Yoh in 1st place in the standings with Zaim coming in 2nd.

Fadtris finished in 7th Place after the connectivity issues he suffered in Race 1.

Both Ethan and Zaim will join team-mates Andika Rama and Moreno Pratama in the Regional Finals which will commence in October.

Said Yoh, “After winning the race I was so overwhelmed with joy, the many hours practising to the night paid off.

“I am very thankful for Toyota Singapore and LOR for hosting this competition and hope more of these will come!

“I would like to thank my teammates and LOR for giving me tips to improve my time for this competition. Without them and luck, I would not be able to win this.”

Added Zaim, “It was really unfortunate that my team-mate Fadtris and Aleef were disconnected due to network issues which brought me the second place finish.

“Nevertheless, I feel lucky and grateful that LOR managed to clinch 1-2 in the SG GT Cup.”

LOR Co-Founder Melvin Moh said that it was a great result for the LOR team to finish in first and second spots.

“It was unfortunate for Fadtris with the connectivity issue as he would have been up there as well. Nevertheless, this is Sim Racing and things like this do happen.

“I’m really happy for the drivers and would like to thank them for their hard work. Now we look forward to the regional finals in October and this time we will also have Andika Rama and Moreno Pratama in the race, as they also won the Indonesia Cup.”