You can now race down Orchard Road. Virtually, that is. 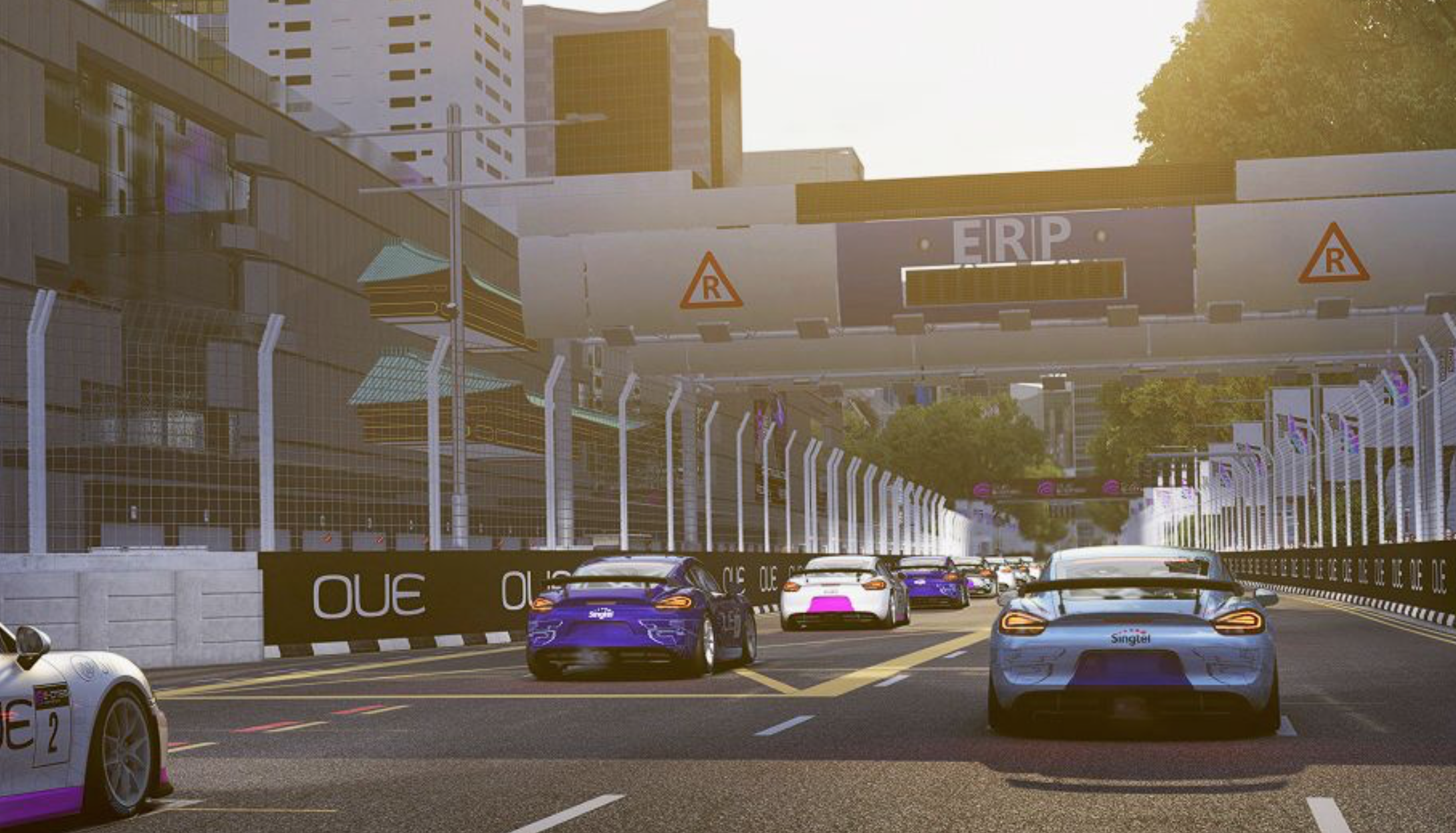 Sim racing and gaming enthusiasts who possess a need for speed can now floor their rig pedals around the all-new Orchard Road street circuit which will kickstart the inaugural OUE E-Cities Championship 2021, an online sim racing league which has been developed by Singapore-based sim racing and lifestyle brand Legion of Racers (LOR).

In development since the first quarter of 2021, the all-new virtual OUE E-Cities Championship 2021 is expected to attract about 200 sim racers from all over the world and will offer a prize pool of S$10,000 in cash for the top three winners.

Qualifiers will be held from 5 to 7 November with the fastest 25 sim racers earning their slot in the grand finals with the race being sanctioned by Motor Sports Singapore.

The finals will be held on 14 November, with the live online event being broadcast on Mediacorp’s meWATCH.

The 3.2km Orchard Road street circuit is made up of 10 turns, with the race being flagged off at the OUE Front Straight, and will see sim racers soar past familiar Singapore downtown landmarks like Mandarin Gallery, Wheelock Place, Ion Orchard, and Ngee Ann City, among others along the region’s most famous shopping belt.

“Apart from the racing element, the OUE E-Cities Championship 2021 will also provide entertainment and destination marketing for all the cities in which these race-tracks will be created.”

On the event’s final day on 14 November, viewers also be entertained by a celebrity artiste who will be on set for a live performance.

The identity of the performing artiste will be announced on 20 October.

Said Mr Brian Riady, Deputy Chief Executive Officer and Executive Director of OUE Limited, the championship’s inaugural title sponsor, “It is indeed an honour for us to partner the Legion of Racers for the inaugural OUE E-Cities Championship.

“It is an exciting and innovative project that has adopted cutting-edge online technology to transform the thrill of sim racing on virtual city circuits, and we are proud to be in the thick of the action when the races are flagged off.”

In addition to the virtual race, members of the public will get the chance to try out sim racing at the Legion of Racers’ experience centre at Mandarin Gallery from 1 to 14 December.

The centre is powered by Singtel 5G, which was recently recognised as Singapore’s fastest 5G network with speeds of up to 1.2Gbps.

“As customers zip through the virtual Orchard Road street circuit, they will enjoy a hyper responsive and immersive gaming experience powered by our 5G network which offers low latency and ultra-fast speeds.

“The centre taps on our 5G coverage at the Orchard Road, one of the many sites in Singapore where we have rolled out our 5G network which presently covers over two-thirds of the island.”

Other partners signed on for the inaugural OUE E-Cities Championship 2021 are The Initial Residence (photo below), Silubi and World Reserve Trust, Shaw House and Logitech.

Sim racers will have three days to set their fastest lap time around the Orchard Road street circuit from 5 to 7 November.

The fastest 25 sim racers after the qualifiers will proceed to the finals on 14 November with details on the competition rules are available on the official OUE E-Cities Championship 2021 website at www.e-cities.gg.

WHAT’S NEXT AFTER THE ORCHARD ROAD STREET CIRCUIT

With the development of the Orchard Road street circuit completed, LOR has begun looking at ways to expand the races to include other regional cities.

“The idea is to give sim racing enthusiasts and members of the public the feel of having city races in places that they are familiar with,” said Melvin Moh, a co-founder of LOR and the OUE E-Cities Championship 2021.

“After Singapore, we will move on to other cities around the world so that the E-Cities Championship becomes a global esports property, and brings sim racing enthusiasts from all over the world together for a unique experience,” he added.

The LOR organising team behind the E-Cities Championship has already started looking at building similar e-circuits in cities like Kuala Lumpur, Manila, Bangkok and Jakarta next.

“With this, we hope to build a strong base of sim racers in the region who will continue to participate in the championships, and get the chance to be crowned the regional champion after all rounds are completed,” said Moh.

Photos and Video: Legion of Racers