To celebrate her freedom, Britney Spears puts up nude photos on Instagram. 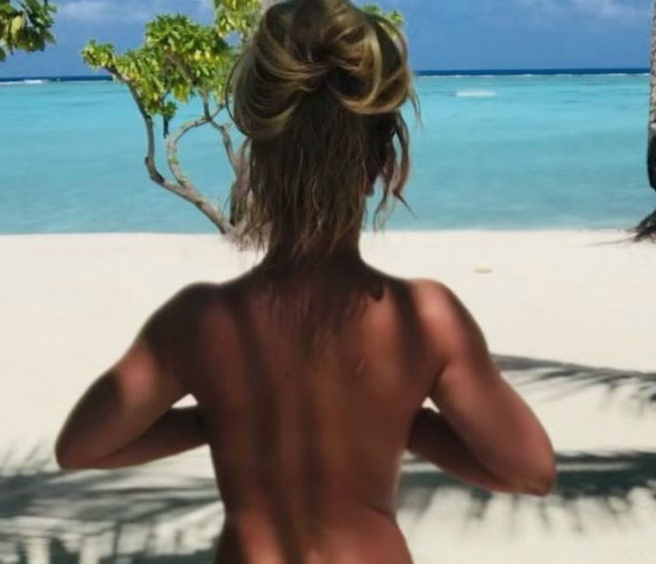 Pop superstar Britney Spears sure knows how to celebrate her very own emancipation.

Just a day after her father, Jamie Spears,  was suspended as the conservator of her estate, the singer took to social media to commemorate the occasion with a series of nude photos from her vacation with fiancé Sam Asghari.

A couple of the posts included views of the ocean, the one which set hearts racing was a post which was made up of 10 photos as she posed naked next to a bath tub.

“A beautiful day here in paradise celebrating 🥳🏝☀️ !!!!!!” as she put up a video with fiancé Asghari as they sat in a boat.

The short video had her lying in crystal clear water in a red bottom bikini while topless at times.

Then in another post from the trip, she modelled naked next to an outdoor tub in a variety of poses, with neatly placed pink flower emojis over her breasts and butt.

“Playing in the Pacific never hurt anybody 😉💋🙊 !!!!” she wrote, as she also pre-empted any accusations of the photos being digitally altered.

Fans and friends flooded the comments section, with Asghari commenting.

On 29 September, Los Angeles Superior Court Judge Brenda Penn suspended the singer’s father James Spears from the conservatorship that had controlled her life and money for 13 years, saying the arrangement “reflects a toxic environment.”

The judge agreed with a petition from Spears and her attorney that Spears Snr needed to give up his role as conservator.

The decision came months after Spears pleaded for her father’s removal in dramatic court hearings, saying, “I want my life back.”