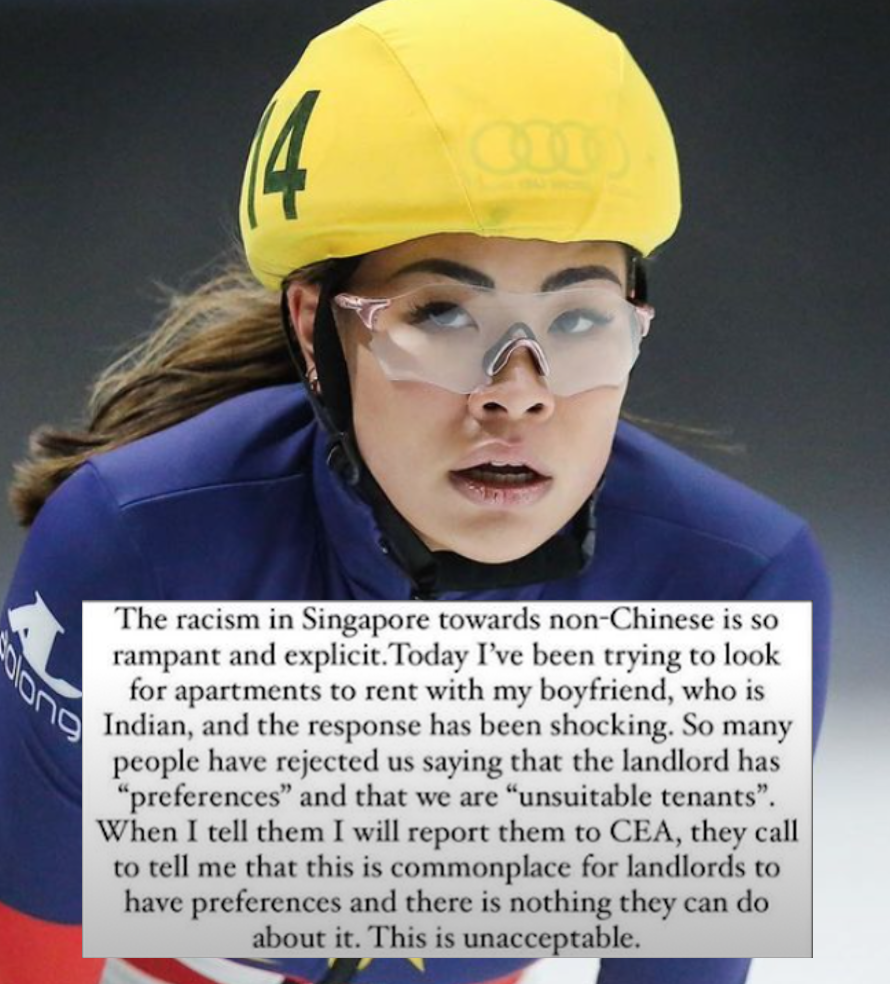 Malaysian Southeast Asian Games multiple gold medallist in ice-skating Anja Chong, who is also a Singapore permanent resident, has said an Instagram story that “racism in Singapore towards non-Chinese is so rampant and explicit.”

Chong, whose mother Sonja Chong is the Honorary Life President of the Singapore Ice Skating Association, said in her story that she had been trying to look for apartments with her partner, who is an Indian and that the “response has been shocking”.

Her partner is a Malaysian citizen.

She added that she and her partner had been rejected because of the landlord’s “preferences” and because they were “unsuitable tenants”.

She did not black out the name of the agent she was dealing with in her Insta story, who appears to be from property realtors Propnex.

After an exchange with the admin of WUSG which reposted her story, she added another story and said that she will report all property agents who discriminate to the Council for Estate Agencies (CEA).

CEA is the government agency which regulates the real estate agency industry.

WUSG also put up a supporting post after the exchange with Chong, reminding people who have experienced racist practices while looking for home to submit a complaint to CEA.