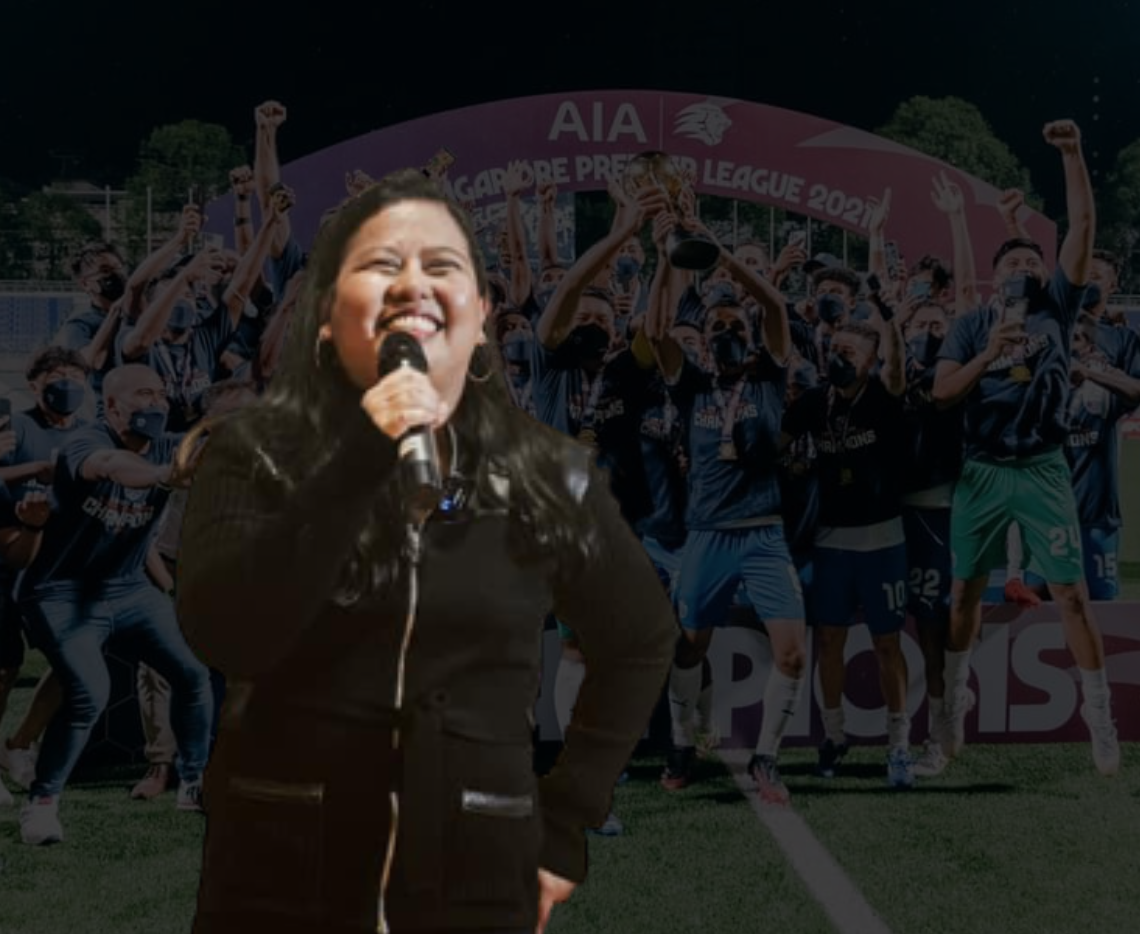 First term Member of Parliament for Sembawang GRC Mariam Jaafar has said on social media that the 2021 Singapore Premier League champions Lion City Sailors are a “proper football club”, something which “supporters crave”.

In her Facebook post put up early on 11 October, the Liverpool FC fan said that the headlines which appeared in the news that morning “caught my eye”.

“For the first time since 2014, a local club has won the Singapore Premier League,” she said.

“The kind of news that fills you with an inexplicable pride that tells you, you are Singaporean.”

She added that the Lion City Sailors had “piqued my interest over the past couple of years” when they were bought by the SEA group owned by billionaire Forrest Li, smashed transfer records with the signing of Diego Lopes and also brought Hariss Harun back from Malaysian champions Johor Darul Ta’zim.

She added that it was only when her friends who had “not loved the local scene” start mentioning the club that it finally felt like Singapore fans were seeing what they craved – a “proper football club.”

“One where young footballers can play with and learn from true professionals who show that yes, you can provide for your family and retire properly from football,” she said.

Her lines must surely sting for some of the current clubs and its administrators, who should probably reflect and realise that they have not been operating as proper football clubs for the longest time.

The Lion City Sailors were crowned champions on 10 October after defeating Balestier Khalsa 4-1, ending a run of foreign clubs winning the local league title since 2015.