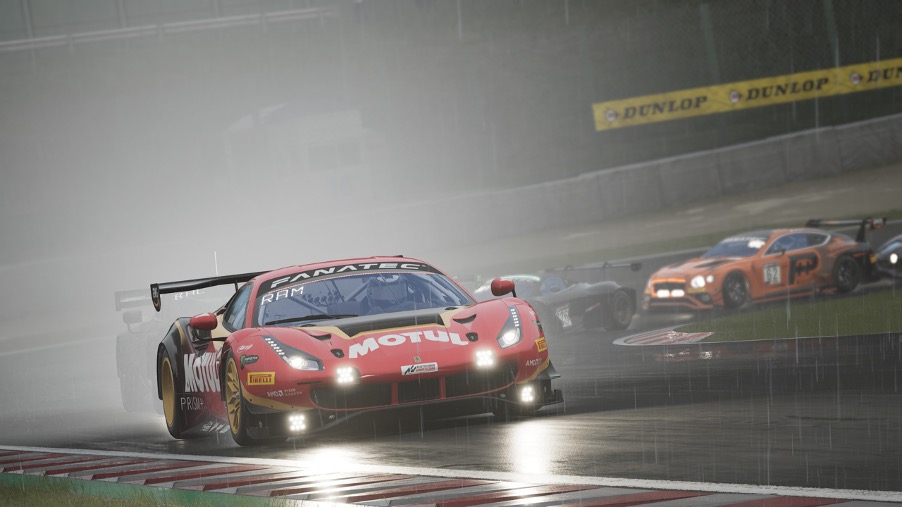 Another LOR sim racer – Dillan Tan – ended up in fourth spot in his first ever outing in one of Asia’s top sim racing championships.

With Dayne Warren wrapping up the Championship heading into the final round at Suzuka, the battle for the remaining podium spots were still up for grabs.

Heading into a very wet Qualifying session, Tan managed to put his Ferrari 488 GT3 Evo on the front row with a strong 2nd place while Rama in the sister Ferrari could only manage 4th.

As the race got underway, both drivers kept their noses clean and maintained their position throughout the first phase of the race.

With conditions being slippery, it was key for both drivers to keep their car on the road and at the same time, chase down race leader Andrew Laurenson in the Porsche 911 II GT3 R.

However, his pace proved to be too strong as Dillan could not find a way past him throughout the 60 minutes race.

Andika Rama on the other hand had a few moments during the race and could only manage a 4th place finish as the chequered flag fell, but this was enough to ensure his 2nd place in the Championship Standings.

With Andrew Laurenson taking the win, both he and Tan were tied on points.

But given that Andrew had one win while Tan’s best finish was 2nd, the last podium position in the Championship went to Andrew.

Said Andika Rama: “First of all, a big congratulations to Dayne Warren for winning the Championship.

“You gave us Asian drivers a new benchmark!

“Also a big congrats to Dillan who showed great performance throughout the whole season and big thanks to my team Legion of Racers for the support and we will definitely come back next year!”

Said Tan, “I’m a bit disappointed to lose 3rd Place in the Championship Standings but I did my best.

“The disconnection in Zandvoort proved to be costly but these things can happen in Sim Racing.

“I would like to thank Rama for guiding me this year and also to Legion of Racers for all the support they have given me.”

LOR Co-Founder Melvin Moh gave credit to the LOR racers for their efforts.

He said, “I’m truly proud of the team performance in what is Asia’s Top Championship.

“Dayne proved to be too quick this season but our boys did a tremendous job as well. We will definitely work harder and come back stronger next season!”

Legion of Racers will now put their focus on the GT World Challenge Asia Esports Endurance Championship which will be held in a few weeks.