Only 12-years-old, but he is the fastest qualifier for the OUE E-Cities Championship 2021. 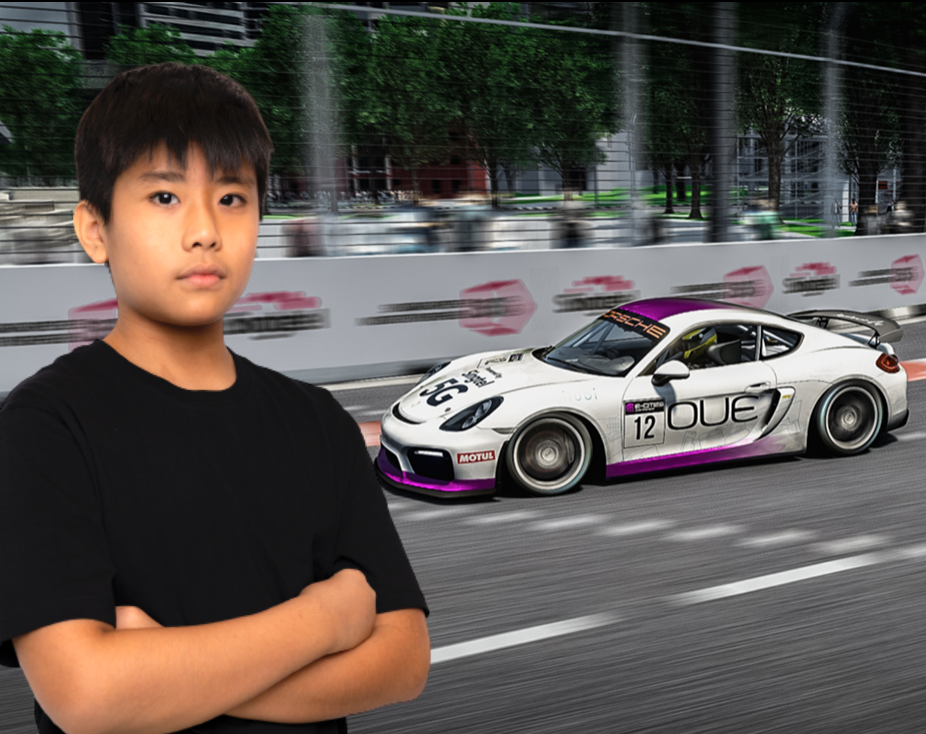 A 12-year-old Singaporean sim racer has clocked the fastest time in qualifying for the inaugural OUE E-Cities Championship 2021.

After three days of qualifying races involving almost 80 sim racers from 10 cities around the region, Dillan Tan emerged with the fastest timing, clocking a lap time of 1:16.668.

The top 25 sim racers who made the final were separated by only a second.

Said Tan, “It is really hard and a mega tight qualifier, with less than a tenth on top three.

“The course and track itself was a really nice combo, demanding hard work and precision.

“I was super lucky to get that lap time but I’m really proud of it. I cannot wait for next week’s mega race!”

The final will be held on 14 November with the race and entertainment beginning at 5pm.

The race will begin at 5.30pm and will be broadcast on MediaCorp’s meWATCH.

One of the sim racers whom Tan will need to do battle against on 14 November will be Filipino Russel Reyes.

Said Reyes who was the third fastest qualifier, “It was hard at first, but as I kept running more and more laps, the pace was rapidly improving.

“I finished 4th on my first session, so I felt like it would be a waste if I did not push harder, so I tried again the next day and ended up getting 3rd which was satisfying.”

He added that it was a huge challenge for him to make the top three, but it would be the real race on event day which will be the real deal.

“So I will prepare hard and I think perseverance and experience will come into play in these types of high-level playing fields,” he said.

Also in the mix are Indonesia’s Andika Rama Maulana whose time of 1:16.721 had him listed as the second fastest qualifier after three days.

There are 10 Singaporeans among the top 25 who qualified for the final race.

The other sim racers in the finals are from Indonesia, Malaysia, Vietnam, India and the Philippines.

The inaugural OUE E-Cities Championship 2021 will be held on 14 November and will be carried live on Mediacorp’s meWATCH.

The programme will also include a performance by Singaporean music and fashion icon Tabitha Nauser, as the organisers the Legion of Racers combine sim racing with elements of lifestyle and entertainment.

The Guest of Honour for the final is Minister for Manpower and Second Minister for Trade and Industry Tan See Leng.