10 things to look out for on the Orchard Road Street Circuit. 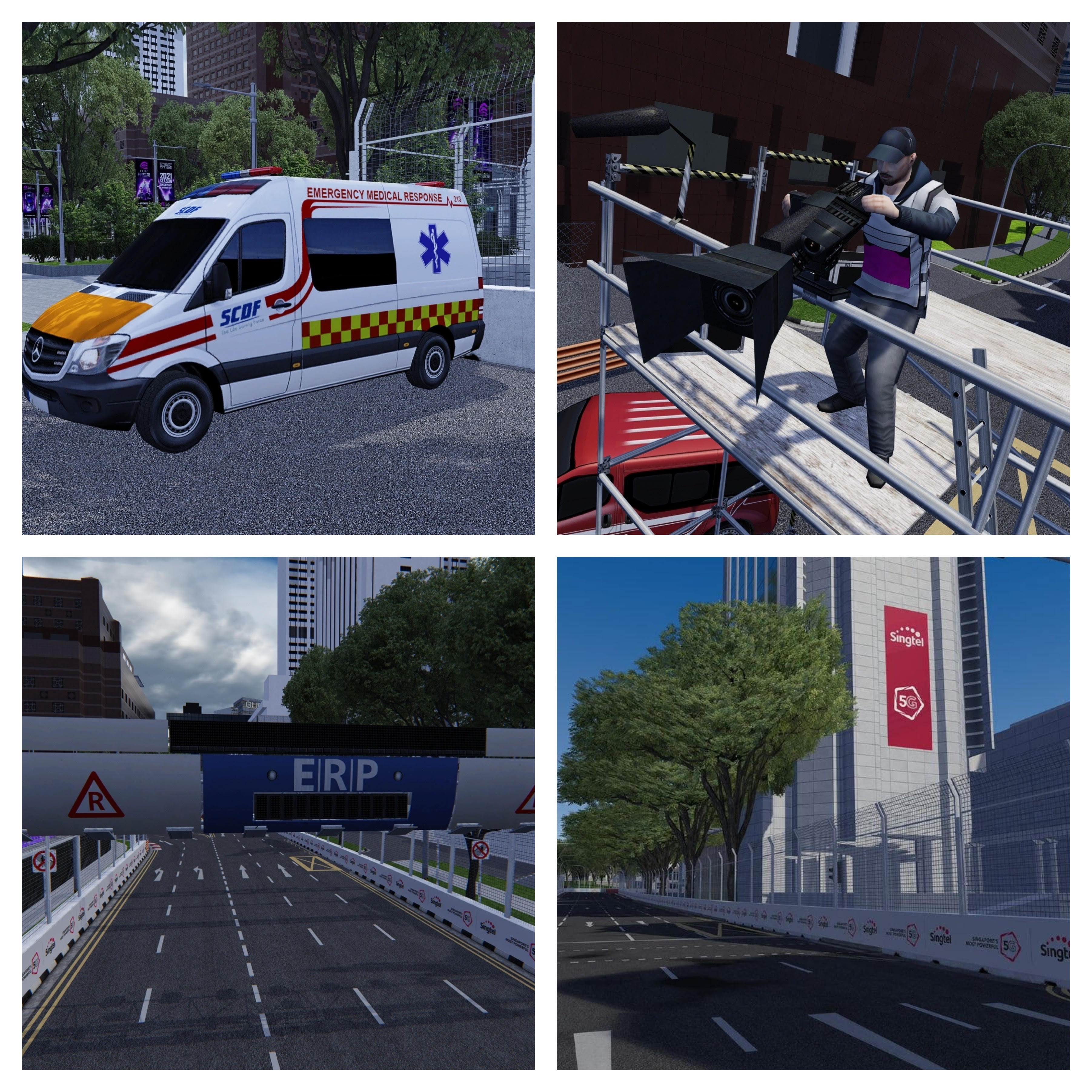 More than 70 sim racers are vying to get their names on the final roster for the final of the OUE E-Cities Championship 2021.

The final qualifying will be completed on 7 November and the top 25 sim racers will compete for a chance to get their hands on the $10,000 prize pool reserved for the top three winners in the final.

The inaugural OUE E-Cities Championship 2021 is being held at the Orchard Road Circuit, a digital twin of the shopping district which was built from scratch over eight months.

We decided to showcase 10 details about the Orchard Road Street Circuit which we found uniquely noteworthy.

If you look closely, you will notice Singapore Civil Defence Force ambulances on standby out of the track.

Not that the ambulances will be called on for action though.

And if you look harder beyond the ambulance, you will even see the event banner on the poles.

Sim racers who downloaded the track could also get information from the bus stop displays, if they needed to hop on a bus at all.

Camera Crew all decked out

Someone has to be filming all the action and if you look closely enough while flying past at 200km per hour, you will spot the camera crew at various parts of the track.

The sim racers will not need to pay ERP charges for their use of the Orchard Road Street Circuit.

There are also fans and greens found along the 3.2km track.

Fans are seen standing along Orchard Road behind the perimeter but are on seats at various parts of the circuit like just after the Singtel Straight.

The only question we have is are there people checked in to the Mandarin Orchard for the race?

The all familiar red-coded Youth Park sticks out like a sore thumb in the Orchard Road Street Circuit.

What we need is to have artistes and the performers doing their thing while the race is ongoing.

Not going to happen, but idea.

There was no filming of the Orchard Neighbourhood Police Centre for the creation of the digital twin.

We walk up and down the Singapore Marriott Tang Plaza Hotel but have we ever imagined what it would look like as a pit lane where drivers start off and get new sets of wheels if there is a flat?

The Orchard Road Street Circuit has managed to being this to virtual life.

We cannot drive past Orchard Road or Paterson Road without having some line of sight of the Singtel building.

It is that red banner on the facade which looks like a hongbao which catches the eye.