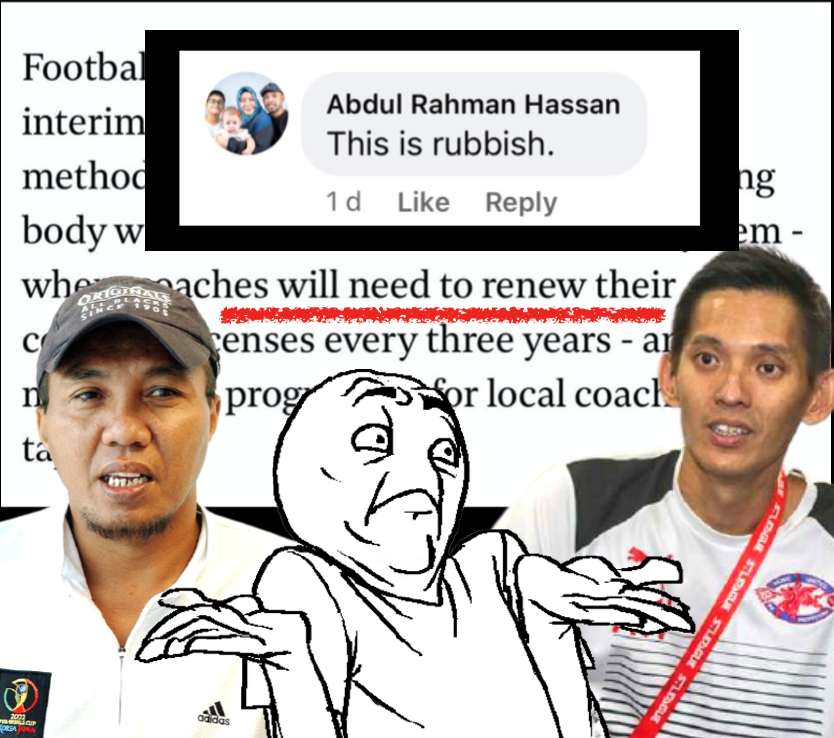 Just like clockwork, the first round of announcements for Unleash the Roar has sparked a debate.

On 19 November, as part of updates into Unleash The Roar, current Football Association of Singapore interim technical director and head of methodology Philippe Aw announced in a Straits Times article that the football governing body will introduce a re-accreditation system where coaches will need to renew their coaching licences every three years.

Aw had said that “better coaches equate to better players” and that it’s “very important our youth coaches understand what is development.”

“Coaches must adopt a mindset to learn and therefore, coach education is crucial and that will play a key role for us to guide and align our coaches towards a methodology that is best for youth development here,” he explained.

However his call for the re-accreditation has not gone down well within a circle of local coaches, with former international and former Tanjong Pagar United coach Tohari Paijan leading the charge.

It is also not known if the FAS or Unleash The Roar teams had engaged local coaches about the potential change prior to making the announcement.

In a Facebook post, the former international who also won a Singapore Cup with Tanjong Pgar United started a discussion thread which invited a host of comments from like-minded friends who agreed with his observation.

Many of them were also football coaches.

He then added to his points about the issue in a comment.

He also added that “their plan aims to destroy the rice bowls of local coaches” and that “first it was the local players” and “now they are taking aim at the coaches.”

“The whole FAS secretariat should get feedback before implementing,” he added.

Tohari’s position on the matter struck a chord.

A couple of commenters suggested that the FAS should be focusing on continued education as opposed to re-accreditation.

This comment sums up the feelings of most who responded.