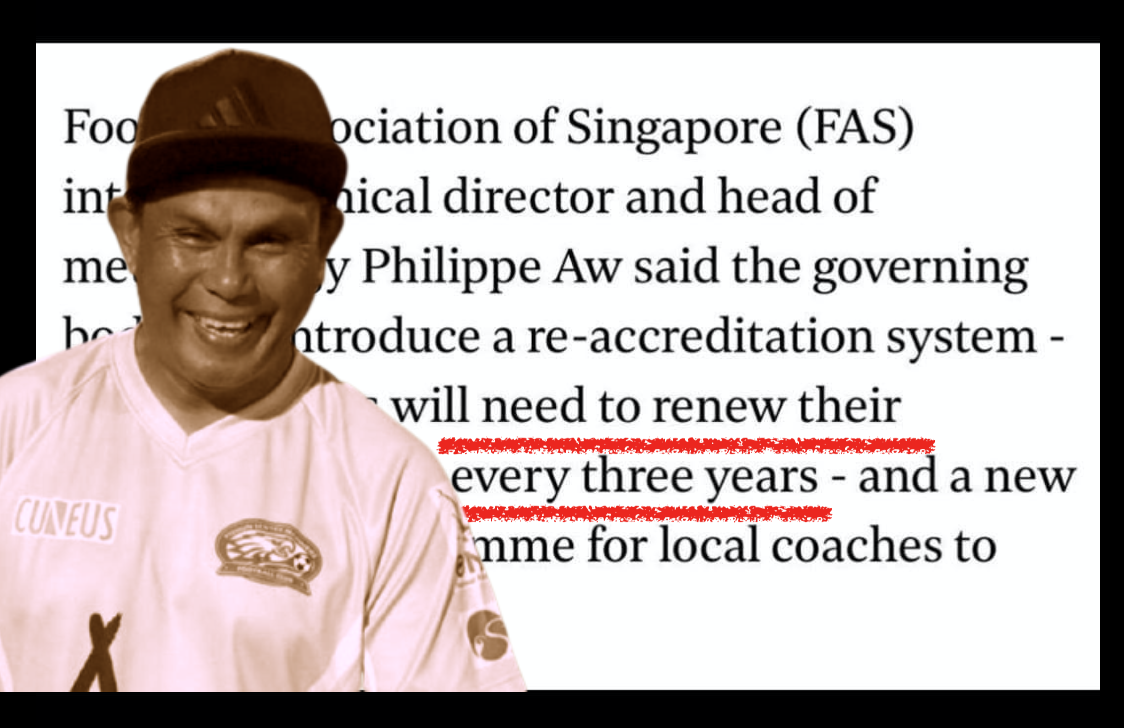 Former Singapore international goalkeeper Yakob Hashim, who was a member of the Football Association of Singapore (FAS) Council during the previous term beginning from 2017 has slammed the idea of having coaches get re-accredited every three years.

He also confirmed with TMSG that he or coaches he is close to were not consulted on the proposal which was announced by the current FAS interim technical director Philippe Aw on 19 November.

“It is hard enough for coaches to get a coaching licence in Spore,” said Yakob.

“You should be friendly and invite them to learn about your methodology and vision.”

As part of the announcements made on 19 November about the progress of Unleash The Roar (UTR) Aw was quoted in the media saying that coaches would need to get themselves re-accredited every three years.

That did not sit well with coaches like Tohari Paijan, who scoffed at the idea and had some very harsh words in a Facebook post, to the extent of saying that such a one would kill coaches’ rice bowls.

This was echoed by Yakob, who said that the FAS should “do courses for them to attend” and also need to have “coaches to get involved in the program and not to kill them of their rice bowls.”

“We have one of the highest pro licence coaches without a club and not been used for grassroots or even no schools to coach in Spore,” said Yakob.

Obviously an emotive topic among the coaches, it is rather baffling that the FAS or the administrators of the UTR did not engage the coaches ahead of the announcement.

“How do you relate people with no proper coaching licence are able to say much how to run football in Singapore,” asked Yakob.

“Please learn how to crawl first than only you start to walk.