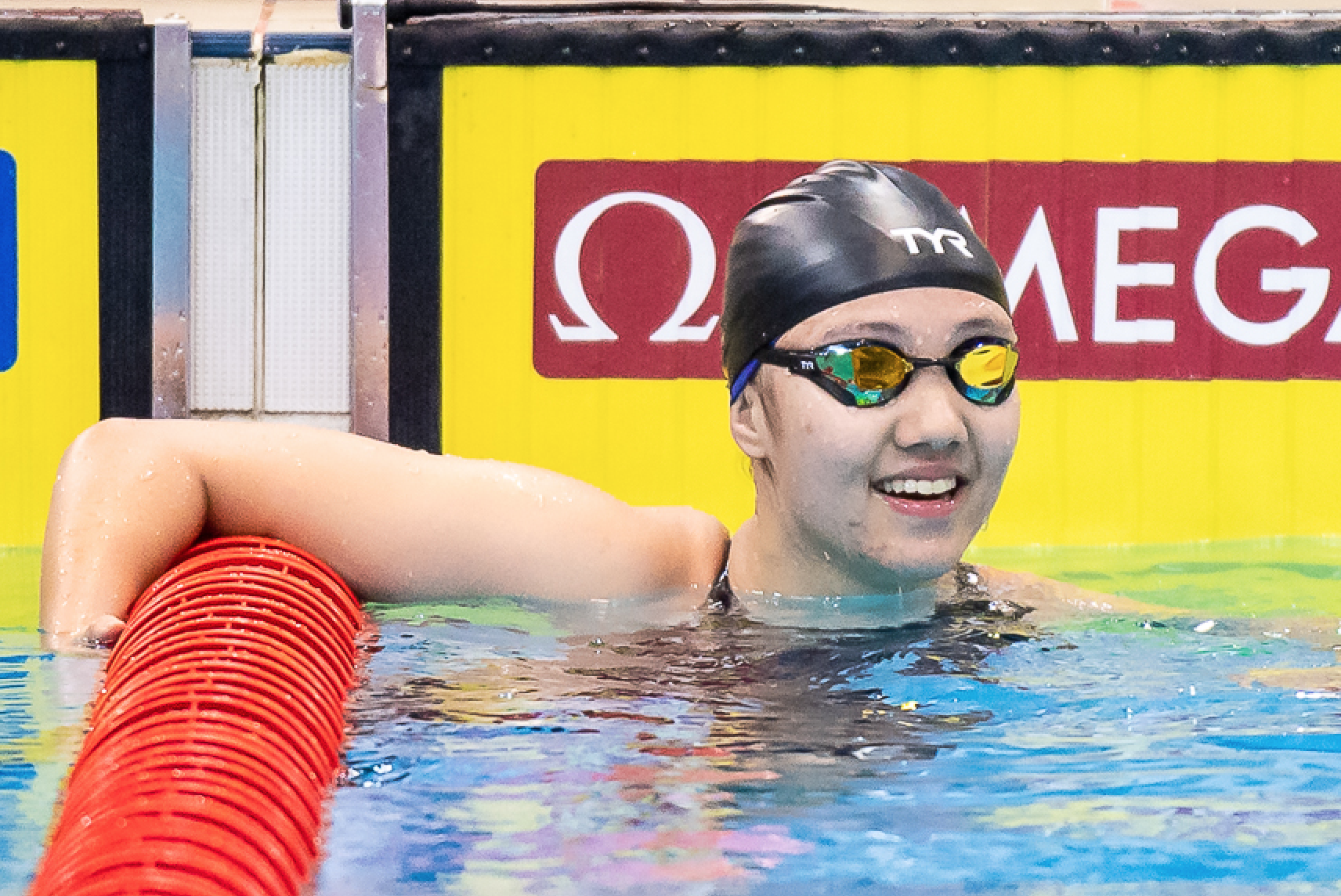 16-year-old Ashley Lim booked her ticket to her first ever FINA World Championships (25m) in Abu Dhabi this December, as she rewrote her own national short course record in the Women’s 400m Individual Medley on the penultimate day of competition at the 9th Singapore National Swimming Championships (Short Course Metres) on 27 November.

“Going into the race, I was a little nervous, but when it started raining, I felt a sense of peace and to me it was a very good swim,” she said.

“There are definitely areas to improve on, and going into the World Championships, I want to be quicker on my turns to take advantage of them as it is a short course meet.”

Also looking forward to his first World Championships was Mikkel Lee, who qualified by winning the 100m Freestyle final.

The 19-year-old, currently serving his national service said, “I think today’s swim was quite decent, while the execution still needs refinement, the timing was decent, and I am glad that I made the ‘B’ cut and I got another chance to go again in December.”

The final swimmer to qualify for Abu Dhabi on Saturday was Pang Sheng Jun in the 400m Individual Medley.

Quah Jing Wen, who had already qualified earlier in the competition, added the 100m Freestyle to her list of events with a timing of 54.47s in the final, which was well under the “B’ cut time of 55.66s.

In addition to the four, Teong Tzen Wei, Glen Lim and Maximillian Ang have also qualified for Abu Dhabi with one more day of competition left.