No drums. No drinks. No food. No problem. 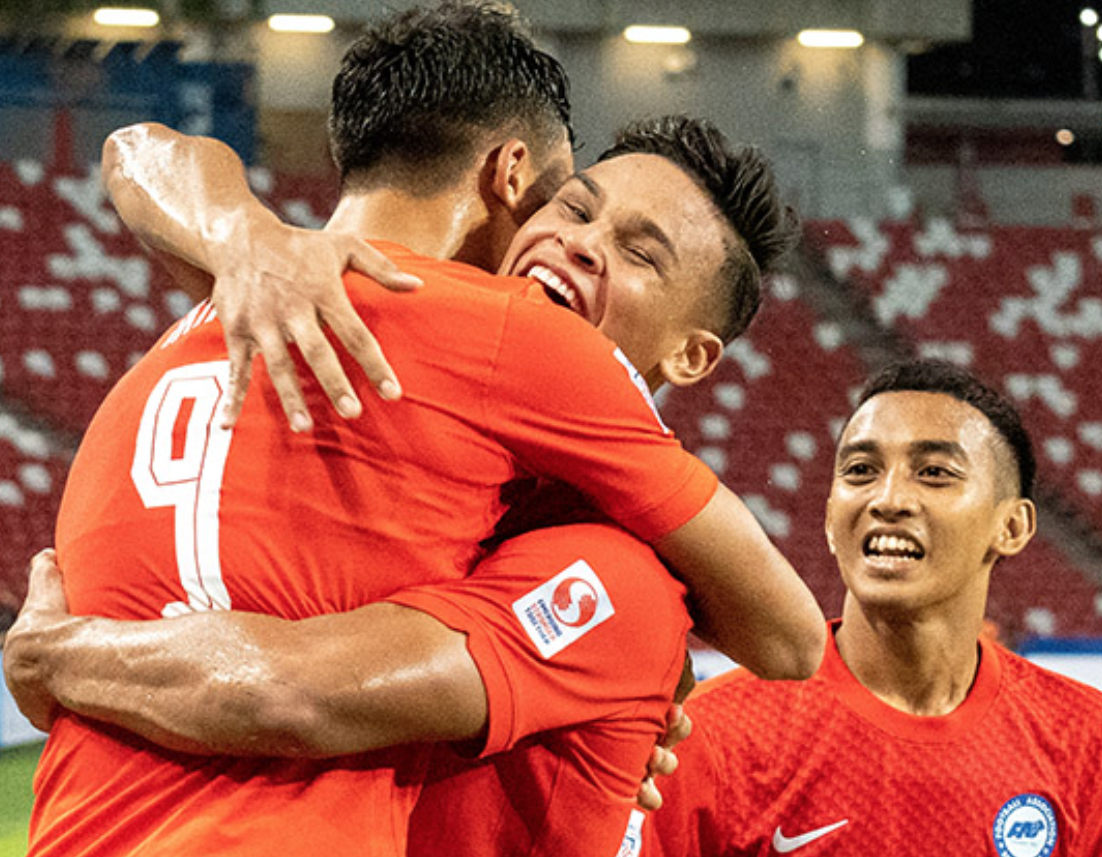 7588 fans clapped, yelled, started the Kallang Wave over and over again, and brought the National Stadium to its feet on 5 December as the Lions started their ASEAN Football Federation (AFF) Suzuki Cup 2020 on a winning note after overpowering Myanmar 3-0.

All three goals found the back of the Myanmar net within the first 45 minutes of the match.

It was the Lions’ first match at the National Stadium since October 2019.

While fans had to endure having to go without food and drinks in the venue, with some taking short drink breaks in the toilet at the tap after relieving themselves, they let they voices fly in support of Hariss Harun and gang.

The Lions did not disappoint, with three first half goals through Safuwan Baharudin and a brace by Ikhsan Fandi doing the damage for Myanmar.

Tatsuma Yoshida’s men now need to win two of their next three matches to guarantee a slot in the semi-finals and will come up against Philippines on 8 December.

While there was enough action on the perfect National Stadium pitch to keep the success-hungry Singapore fans entertained, there were highlights out of the pitch which was noteworthy.

REBIRTH OF THE KALLANG WAVE

After two years, the Wave returned to the venue.

Never mind that there were only 7588 fans in the venue for the match, they got on their feet and did their duty to keep the Wave flowing.

VVIP IN THE HOUSE

It is rare to see Baihakki Khaizan in a suit as it was only months ago that he was still in Yoshida’s squad at the World Cup qualifiers in June.

The former skipper found some time in the National Stadium suites to snap a picture with visiting FIFA President Gianni Infantino.

His team-mate from the 2004-winning Lions side – goalkeeper Hassan Sunny – is the last man standing from that batch who is still among the Lions.

AN EYE ON UNITED

Watching the Lions was not enough as some fans also needed to keep an eye out on what was happening at Old Trafford.

The wonders of mobile technology.

The Lions will face off against the Philippines on 8 December at the National Stadium.