The Great Dane is in town. 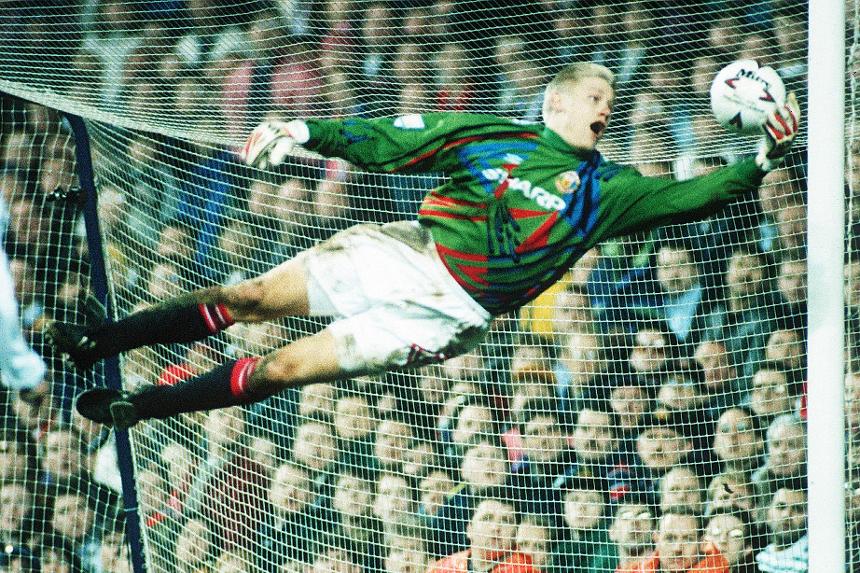 The Guest of Honour for the JSSL Singapore FA Cup Peter Schmeichel held a question and answer and sharing session with local football coaches on 10 December.

Close to 100 coaches and members of the football fraternity attended the session, which was moderated by host John Dykes.

They heard from the former Manchester United captain over a wide range of topics including football today and the importance of coaches to youth athletes.

Now 58, the Dane will attend the JSSL Singapore FA Cup, which is ongoing until 12 December at Our Tampines Hub.

A total of 144 teams of boys and girls aged 12 to 17 will feature in this 4-a-side football tournament, which is taking place for the first time.

All matches comprise of two 12-minute halves with a one-minute interval.

The tournament will take place in two stages, with all teams in each age group playing in a league format on the first two days of the tournament.

Teams will then enter the knock-out stage with the top two teams in the league progressing to the Cup competition while those who finish outside of the top two will join the Plate competition.

Said Ms Ong Ling Lee, Director, Sports and Wellness, Singapore Tourism Board, “We are glad to support the new youth-focused JSSL Singapore FA Cup which adds to the diverse suite of sports and leisure offerings in Singapore.

“As the health and safety of participants and spectators remains a key priority, we have worked with organisers to put in place the necessary Safe Management Measures.”