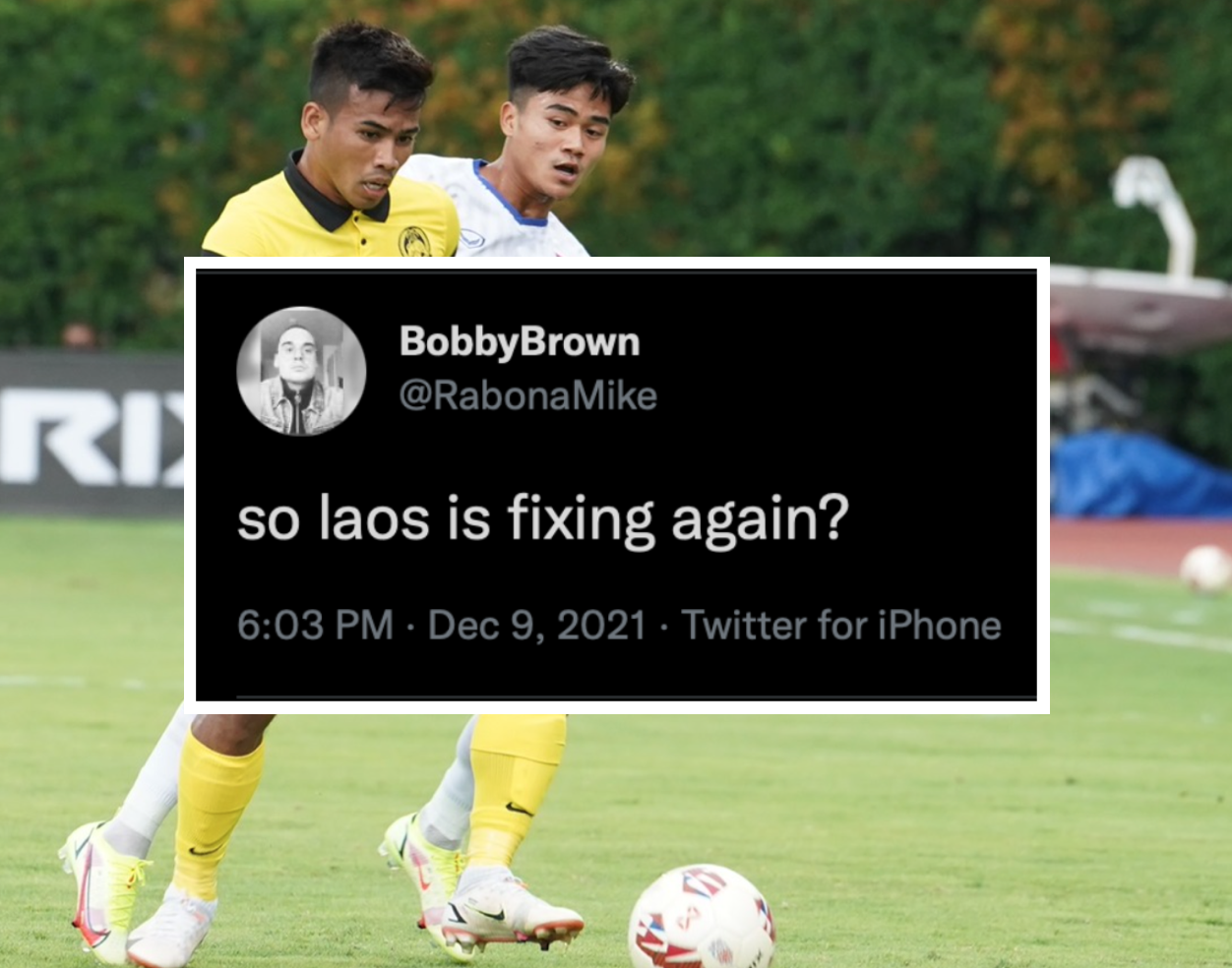 A Twitter user who appears to be based out of Germany is alleging on the social media platform that the Asean Football Federation Suzuki Cup 2020 match between Malaysia and Laos was manipulated.

In a series of tweets, the user who goes by the handle @RabonaMike showed betting odds data which suggests that Laos may have conceded two late goals consistent with the way the odds were moving to ensure that there were more than three goals scored in the clash.

He also appeared to pin the blame solely on two defenders Kaharn Phetsivilay and Aphixay Thanakhanty who were brought on in the second half.

He added that it was “very unusual to sub in two central defenders in a competitive match”, questioning the tactical decision behind the move.

In a later tweet, he pointed to the same two players being responsible for some very “suspicious defending”.

There were other Twitter handles which also seemed to suggest that the two late goals were expected based on betting patterns.

While the photo used in the @TvFixed profile is that of notorious match-fixer Wilson Raj Perumal, it is not known if he is the owner of the account.

Based on match stats, Malaysia had 66% of the possession and took 17 shots on goal in the match.

They had eight shots on target, with four finding the back of the net.

Malaysia’s goals were scored in the 7th, 34th, 78th and 80th minutes, with Safawi Rasid earning himself a hat-trick.

“They are a very young team.

“Malaysia is one, two levels higher than us.

“It is a good learning experience for us.”