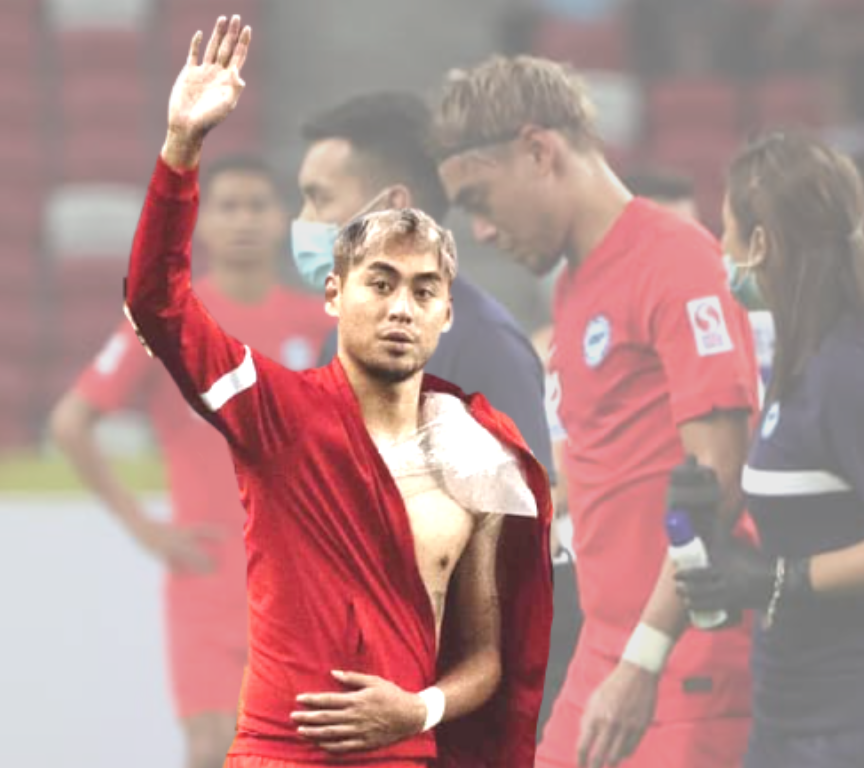 In a Facebook post, the striker who turns 31 in nine days time said that “the tournament is over for me.”

Quak suffered a dislocated shoulder in the clash against the Philippines on 8 December after a clash with Justin Baas.

He played on for at least another 10 minutes through the pain, and was substituted thereafter.

“The past couple of days for myself has been mentally challenging,” he said.

He added that he had suffered the injury on 16 November in the Lions friendly against Morocco.

“Since my injury on the 16th Nov against Morocco, the conclusion was only a slim hope to be involved, but thanks to my family & medical team, miracles happen on the 1% chance,” he added.

“Really touched & overwhelmed by all the messages of concern but I’m sad to say the tournament is over for me.”

He also added that he believed that the Lions side “have what it takes to go all the way.”

The good news for Quak is that the next edition of the biennial tournament should be taking place next year.

In a statement posted on the Football Association of Singapore website, the football body said that Quak will undergo surgery to resolve his “shoulder issue” and will undergo arthroscopic and labral repair surgery later this week.

“Gabriel is an important member of the team, both on and off the pitch and it is unfortunate that he will not be able to play in the tournament anymore,” national coach Tatsuma Yoshida said.

“He has been a complete professional in his attitude and spirit and has done everything possible to contribute to us up to this stage.”