Fundraising behind the scenes to present Loh Kean Yew with a cash reward. 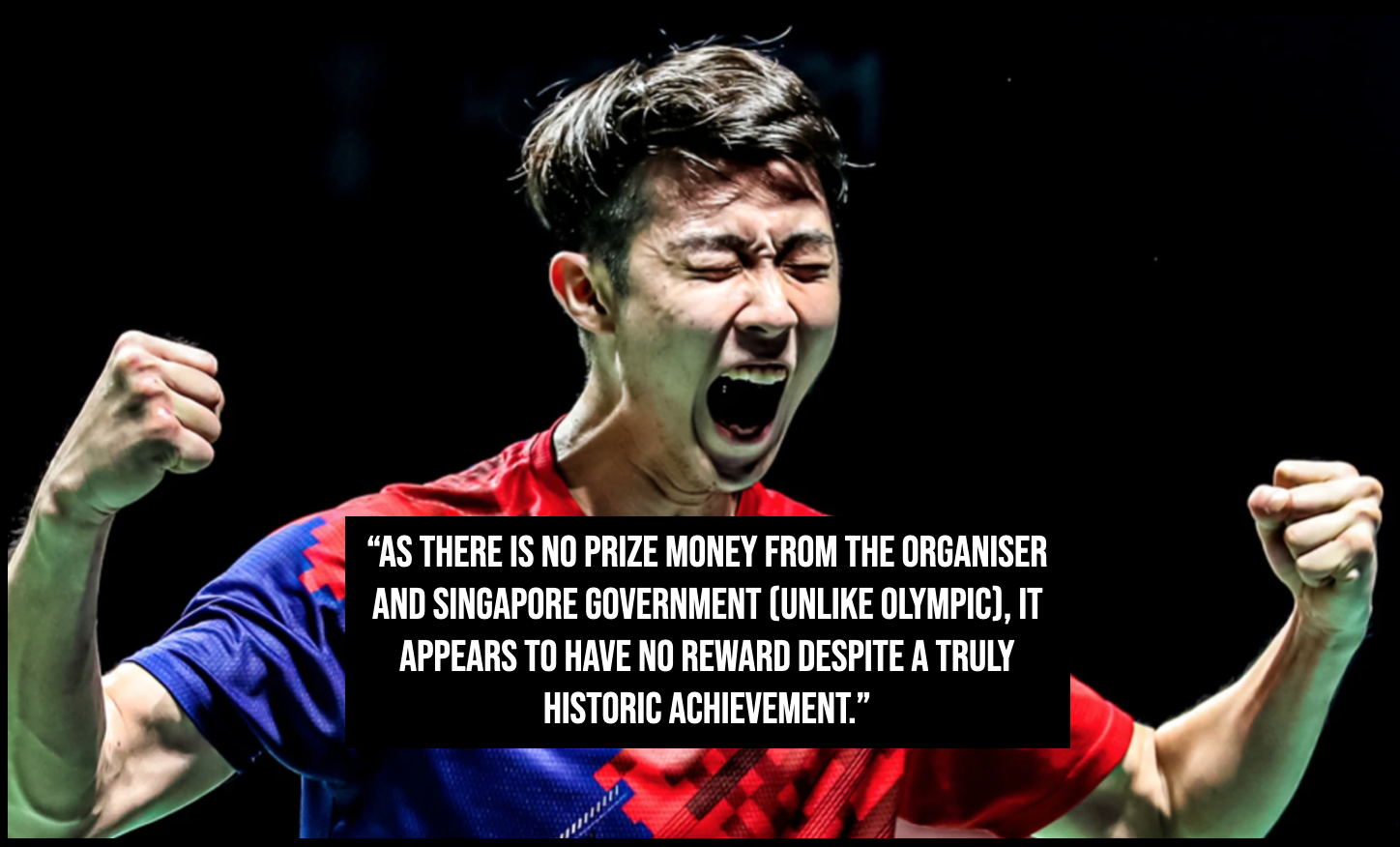 Singapore’s badminton star Loh Kean Yew’s recent win at the BWF World Championships does not come with any cash reward, unlike athletes who win medal at the four majors identified – the Southeast Asian Games, Asian Games, Commonwealth Games and Olympics.

And while swimmer Joseph Schooling picked up a cool million dollars for his gold medal feat at the 2016 Rio Olympics under the Major Games Award Programme supported by the Tote Board, Loh’s winning feat at the recent World Championships in Spain does not come with any cash reward.

His victory also did not come with any prize money attached.

However, Singapore Badminton Association (SBA) president Lawrence Leow (photo below, far right) appears to want to do something for the shuttler, and is working behind the scenes to raise money to present Loh for his global feat.

TMSG has seen a message sent by Leow to an associate, seeking donations for Loh.

“As there is no prize money from the organiser and Singapore government (unlike Olympic), it appears to have no reward despite a truly historic achievement,” part of the message read.

“I hope to help this young athlete raise some financial reward as recognition for his effort and putting our nation in the history book.”

The message was five paragraphs long.

It is not known where donations are to be sent to, and how much Leow is trying to raise for the Singaporean world champion.

Leow is a former Nominated Member of Parliament and is listed on the SBA website as the Chairman and Chief Executive Officer of Crescendas Group.