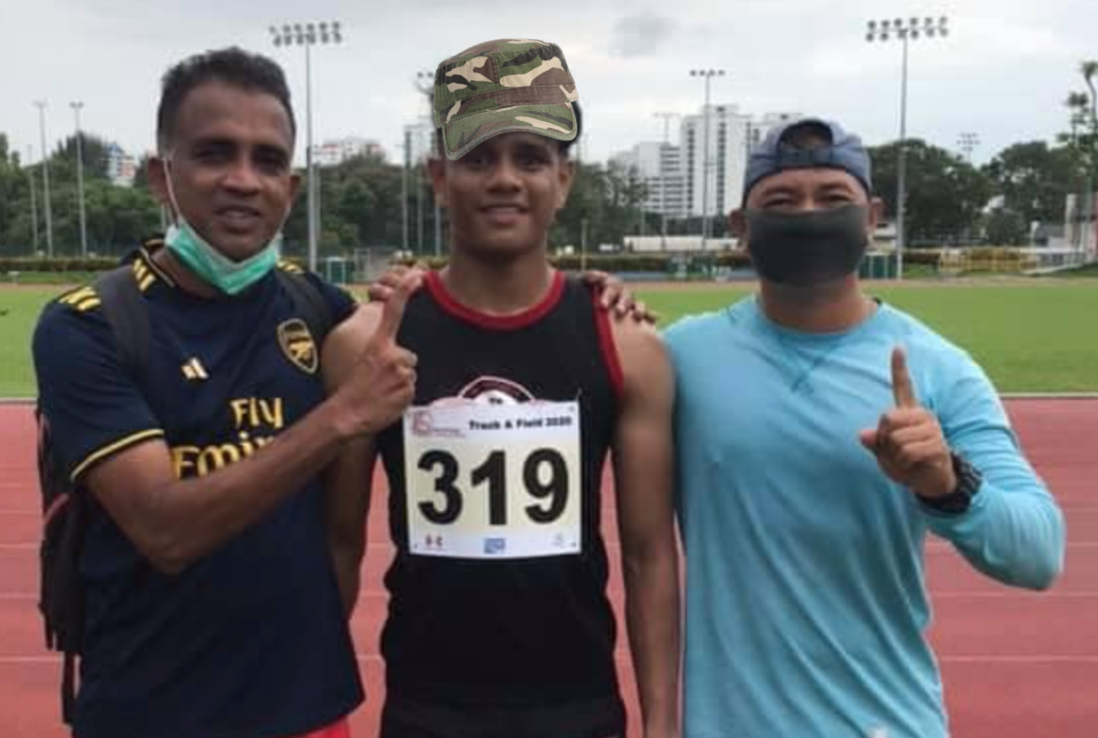 A deferment from National Service, albeit momentarily.

Now he can focus on his training efforts in the lead up to the upcoming Southeast Asian Games to be held in Hanoi in May 2022.

On 24 December, Marc’s father Gilbert Louis confirmed with TMSG that his 19-year-old son, currently Singapore’s fastest over the 100m, has had his enlistment deferred momentarily.

Marc was due to enlist for National Service in January 2022, which could have taken a sting out of his current form.

“It (the deferment) is great so I can focus on my training leading up to the SEA Games,” said Marc, who clocked 10.39s on 11 December at the Club Zoom SG Kindred Spirit Series.

His timing was just 0.02s off the national mark held by UK Shyam, delivered twice in 2001.

Marc, coached by Benber Yu (photo below, far right), currently holds a slew of junior records including the under-20 100m and 110m hurdles and the under-18 110m hurdles.

“We are so greatful and thankful to Mindef for this opportunity they gave us,” said Yu.

“Rest assured we will work hard and do our best to keep on improving.”

Marc’s current timing of 10.39s in the century sprint is just 0.04s away from the gold medal time of 10.35s achieved at the 2019 SEA Games by Malaysia’s Muhammad Haiqal Hanafi.

“He has been training non-stop and will continue to train till the SEA Games,” said Louis senior, who is a lifeguard.

“He only has the next two days free from training because of Christmas.”