The night we asked ourselves the “WHAT IF” question over and over again. 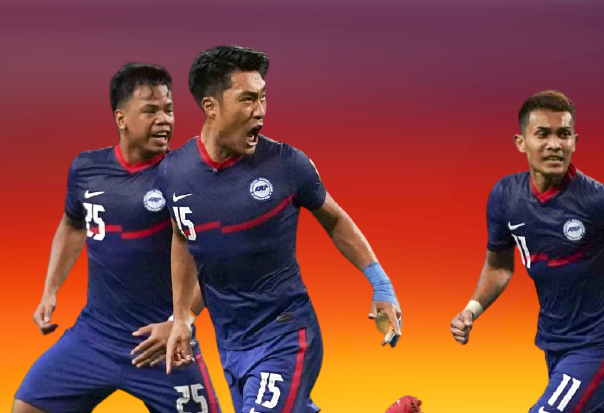 There was one thing most Singapore football fans were consistent about after watching the Singapore’s second leg Suzuki Cup 2020 semi-final against Indonesia on Christmas Day.

The Lions can stand proud despite the defeat and elimination from the Suzuki Cup 2020.

Yes, the scoreline will always be remembered that Singapore were defeated 4-2 by the visiting Indonesians in their own backyard.

Regardless, the Lions and their head coach Tatsuma Yoshida should be proud of what transpired at the National Stadium over 120 minutes on 25 December.

A night which fans described as giving them goosebumps moments, even when watching the live broadcast on television in the comfort of their homes on Christmas night.

Commentator Shehzad Haque’s comments on Linkedin sums it up for most when he said that he had “never experienced a game like tonight’s.”

“It had absolutely everything.

“Singapore, down to 9 men (later 8 in extra time!), came within a missed penalty in the 88th minute of beating Indonesia for a place in the final of the AFF Suzuki Cup.

“But that doesn’t even begin to tell the story.”

And yes, that does not even tell half the story, with so many flashpoints during the clash.

There were questions which we wished we had answers to.

What if the referee Lions did not send off Safuwan Baharudin just before half-time, which led to a melee between two sets of officials just as the teams were headed into the tunnel?

What if Irfan Fandi had not gotten sent off as well?

What if Tatsuma Yoshida had started with Ikhsan Fandi and Faris Ramli instead of conserving them?

What if there was Video Assistant Referee technology deployed at the tournament?

What if there was a different referee instead?

What if Gabriel Quak, Shakir Hamzah and M Anumanthan were available for deployment?

What if there was the away goals count double rule, a point also noted by Quak in a tweet?

What if there was a full house at the National Stadium instead of the 10,000 maximum allowed for the tournament?

What if Faris Ramli had converted his spot kick with only minutes left on the clock?

How would we be celebrating this morning if Shahdan Sulaiman’s peach of a free-kick had ended up as the winning goal for the Lions?

The Lions almost defied the odds and made the finals on a night the terraces sang, screamed, brought out the five-lettered Malay word which meant penis multiple times to abuse the referee, was brought on a roller coaster ride.

Yoshida, Singapore’s head honcho said in the post-match that this was the best performance he had seen from his charges.

“This was their best performance since I became Singapore coach (in May 2019).

“I feel happy working with them and I am very proud of them.

“This never-give-up mentality is the most important thing.”

Whatever the case, Yoshida has improved on a statistic which has bothered the Lions and its die-hard fans since 2012 – make the semi-final of the biennial tournament.

He can take heart that he came close, and perhaps could have done the unthinkable given different circumstances.

Yoshida has one year to prepare for the next edition of the tournament, to prove that 2021 was no flash in the pan.