Singapore fans rejoice at the hammering of Indonesia. 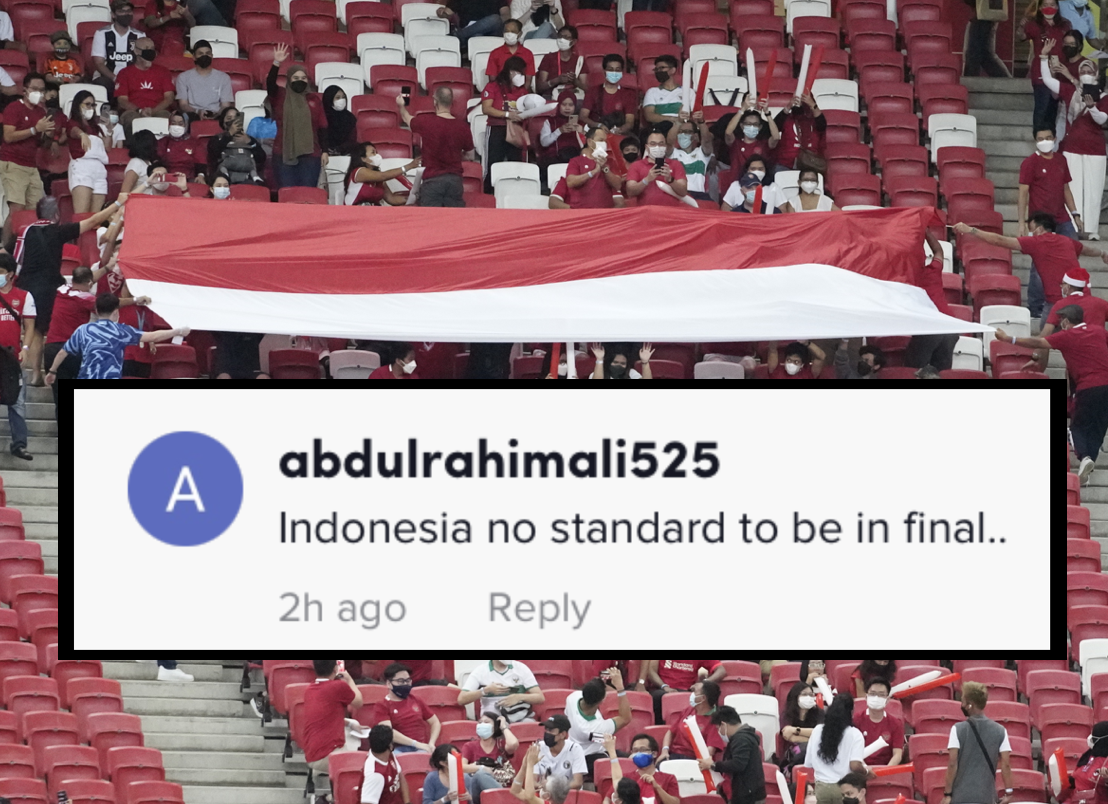 Indonesia’s plans of picking up their first ever Suzuki Cup title went up in smoke after a crushing 4-0 defeat at the hands of Thailand on 29 December at Singapore’s National Stadium.

And Singapore fans were quick to react to the demolition with glee, coming soon after the 5-3 two-legged semi-final defeat at the hands of the Garuda boys on 22 December and 25 December.

On TMSG’s TikTok channel, these were a sample of the comments which were posted after a video of Thailand’s four goals were shared.

Thailand’s Chanathip Songkrasin gave the Thais the lead barely 90 seconds after kick-off and the nippy forward added his second seven minutes after the restart.

Supachok Sarachat and Bordin Phala ensured that there was no way back into the match for the Indonesians.

The second leg of the final, which many believe is inconsequential, will be held on 1 January at the National Stadium.