5 matches during Tatsuma Yoshida’s reign which meant something. 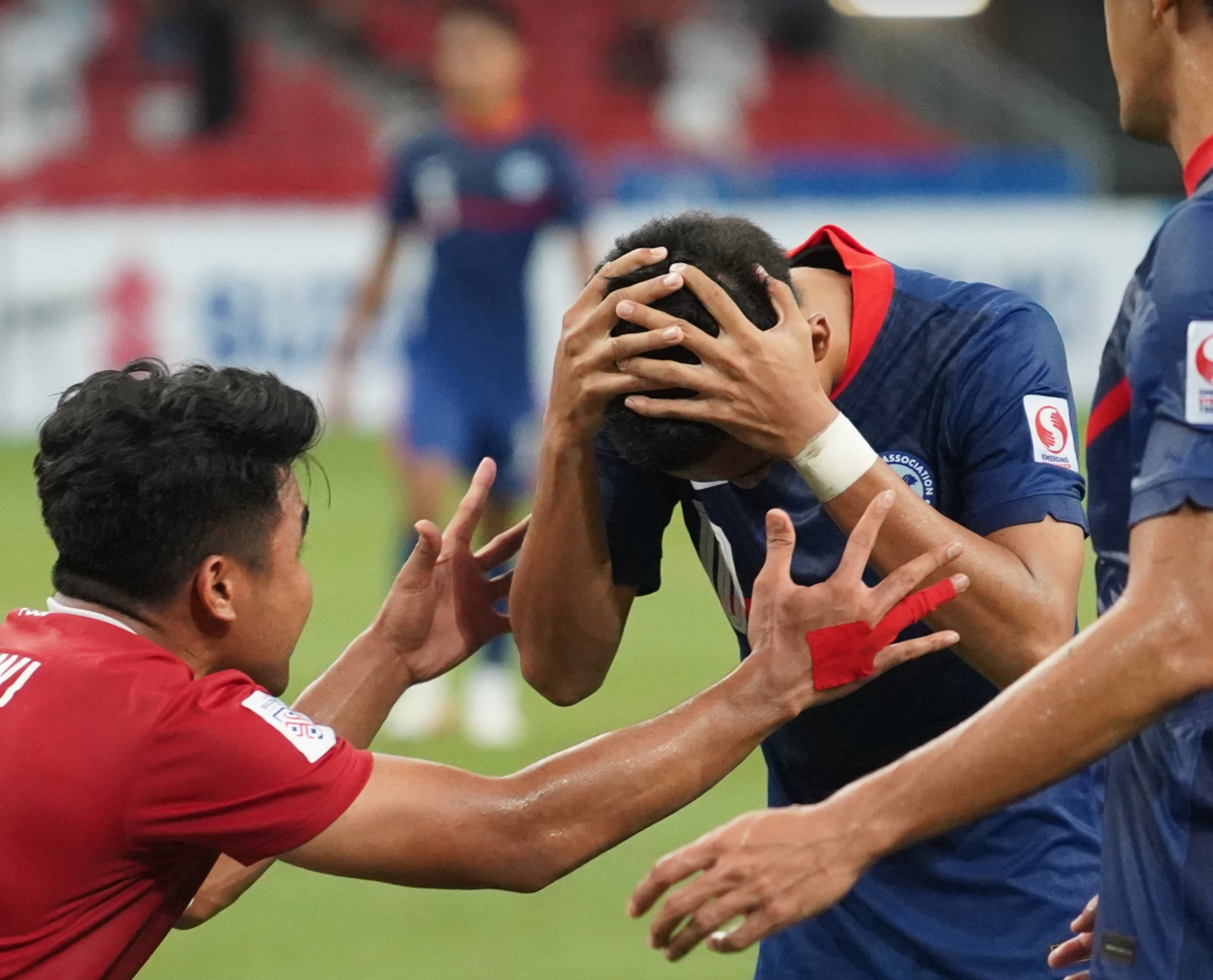 During his reign as national coach of the Singapore Lions, Tatsuma Yoshida led the Lions out to battle in 20 ‘A’ international matches.

He lost 10, drew four and won six of the clashes.

While all matches could technically be regarded as important in the grander scheme of things, there were a few matches which fans and football followers alike will remember as being significant in his reign as Lions head coach.

TMSG looks back at five of these matches during his reign which were of some significance.

Barely eight days into his job, Yoshida’s charges faced off against Solomon Islands at the National Stadium.

He registered his first victory, a 4-3 win over the side currently ranked 144 in the world.

But three days later, he was brought right back down to earth when the Lions lost 1-2 to Myanmar at the same venue.

It was a match which not many expected the Lions to perform at especially after a 2-2 draw against Yemen seven days prior.

But Shakir Hamzah and Safuwan Baharudin scored one a piece, and the Lions walked away from the match with three points and topped the Group D.

There was air of expectation about the team and after an away victory over Yemen in November 2019 – the first time Singapore had won away against a team from the Middle East since a 2-1 win at Lebanon in a World Cup qualifier in 2008 – there was hope that qualification to the next round of the World Cup qualifiers was not too far fetched an idea.

What a difference 21 months made.

When the World Cup qualifiers resumed in June 2021, Yoshida was aiming for at least four points from the remaining three matches.

Yoshida took responsibility for the defeats, and the writing was on the wall that the Suzuki Cup could well be his saving grace.

The Lions had already qualified for the semi-final of the Suzuki Cup prior to the clash against Thailand.

Even if he chose to field a team of reserves, no one would have faulted him for doing so but he led with his strongest side, possibly aiming to secure top spot, while the Thais fielded their reserve side.

The Lions lost Shakir Hamzah, and went on to lose 2-0.

Boos rang out in a section of the crowd, and Yoshida lost his head at the post-match media conference.

If the Lions had gone all the way to the final, would Yoshida have still quit?

No one would be able to answer that question, except Yoshida himself.

Yoshida does not leave Singapore on a high.

The reality is he quit with his last match in charge being a loss over 120 minutes.

But he did lead the Lions to their first semi-final at the Suzuki Cup 2020, a feat not matched by al his predecessors after Radojko Avramovic, who left after leading Singapore to the Suzuki Cup title in 2012.