What an absolute farce. Another refereeing controversy in the Singapore Premier League. 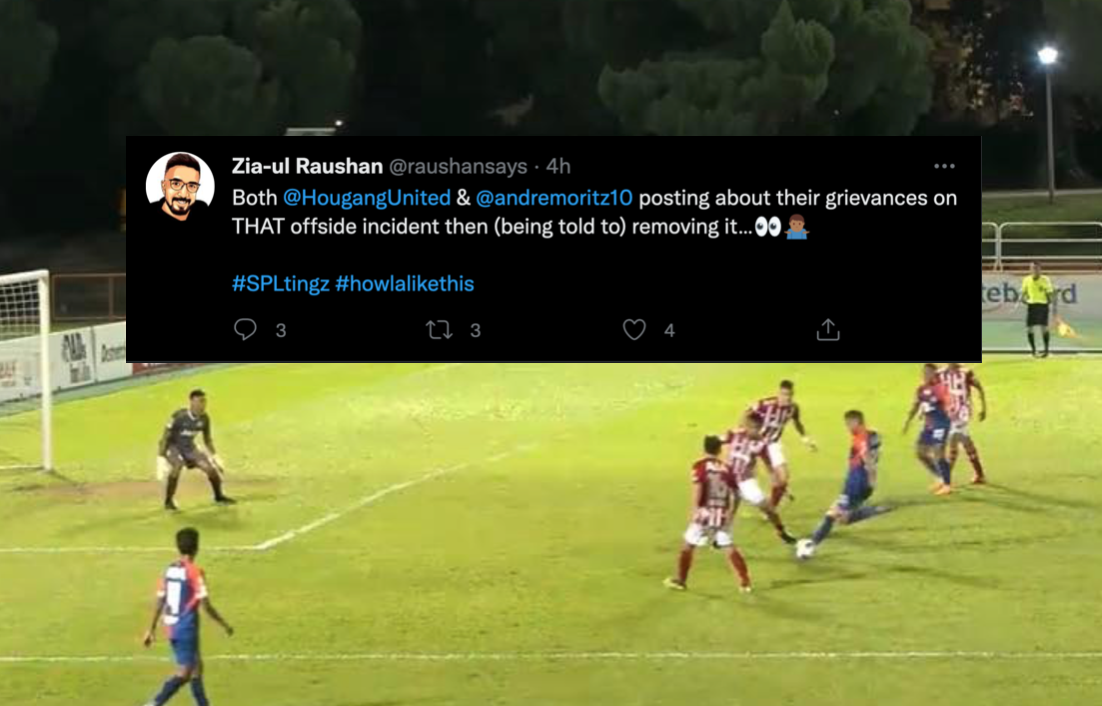 Surely Hougang United’s Sahil Suhaimi was not in an offside position when he scored against Balestier Khalsa in the Singapore Premier League match held on 5 April at the Toa Payoh Stadium.

How could he have been adjudged to have been offside, given that the footage clearly shows him being on side when the shot was taken by Andre Moritz.

Sahil then nodded in the rebound.

Moritz punched the air in celebration of the goal which gave Hougang a glimmer of hope only for the assistant referee at the far end to suddenly signal for offside after Balestier Khalsa players began pleading for offside.

Reactions online have clearly been angsty.

Podcaster and football pundit Zia-ul Raushan also suggested in a tweet that Moritz and his club were ordered to remove their tweets about the controversy.

Hougang United’s supporters club also understandably got into the act, with a short video post of the incident.