Modern day football slavery? There are players who are being paid $200 a month to play in the Singapore Premier League. 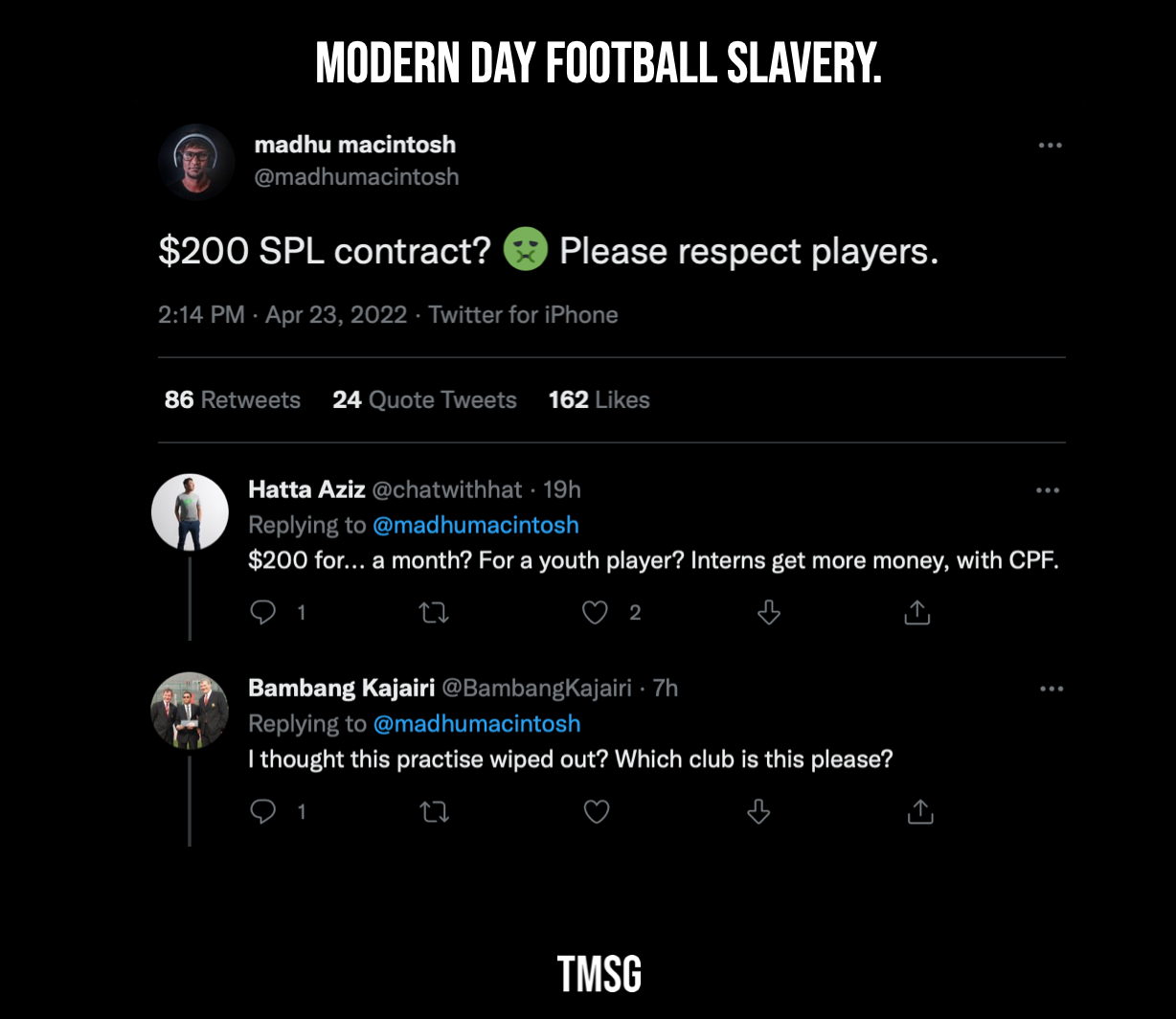 In a shocking discovery, TMSG can reveal that there are a few players who are playing for a professional Singapore Premier League (SPL) club who are being paid $200 a month as a wage.

One of the players who is on the receiving end of this ridiculous wage is a player who has been capped at the international level, and who was given his Lions debut by former national coach Fandi Ahmad.

One of the payslips was shown to us by a close friend of one of the players who was contracted to receive the ridiculous salary amount in order to highlight the incredulity of the situation.

TMSG has redacted the amount and the name of the club in this image to protect the player’s identity as he is afraid of the repercussions of making the information public.

The player in question has also revealed that he was not given a copy of the contract after he signed off on it, and despite already having received his salary.

It is not known why the club in question has not provided the player a copy of his contract.

It is also not known why the player, who has played for Singapore, agreed to the $200 a month salary.

Shockingly, the chairman of the said SPL club is said to be a millionaire, and the club advisor is a current Member of Parliament.

It is unknown if they are aware of the wages being paid to some of their own players to play in a Singapore’s professional football league.

Information of one of the player’s $200 a month salary began making its rounds online after an Insta story post by another player who made the shocking revelation.

Since then, former national defender Madhu Mohana has dived into the conversation, himself posting a tweet about the $200 a month salary being paid to the affected players.

It is understood that the Football Association of Singapore has the salary roster of all SPL clubs.