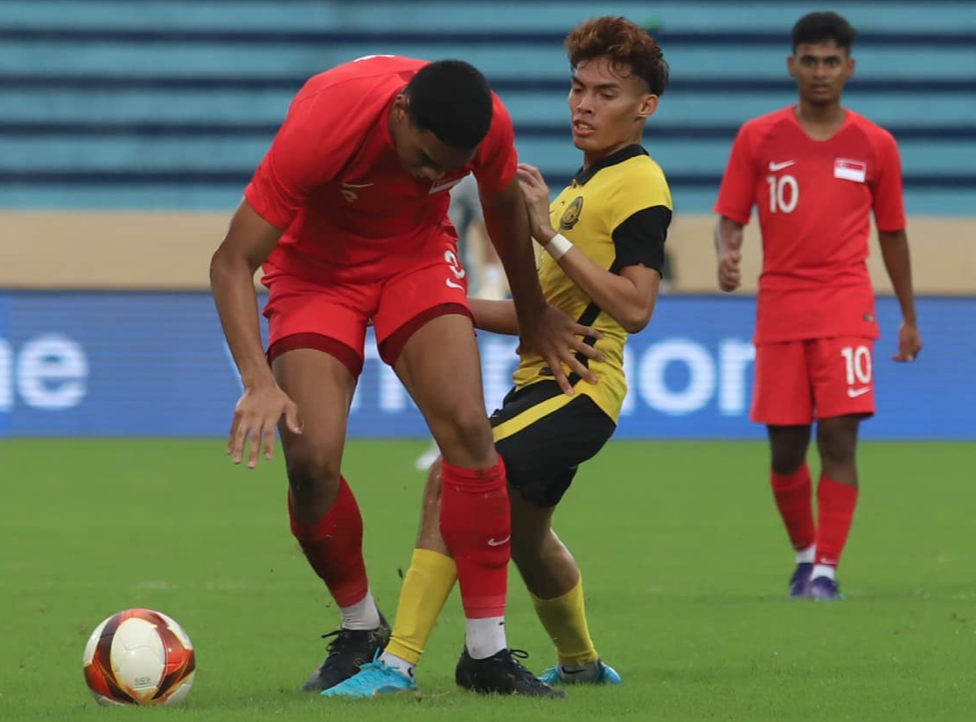 Singapore’s Young Lions will in all likelihood get themselves knocked out of their Southeast Asian Games campaign, after securing just five points from their four group matches.

Despite avoiding a defeat against Malaysia, Nazri Nasir’s men will get on a flight early and return to Singapore from Hanoi after yet another group stage exit with Malaysia and Thailand the likely teams to make the last four of the competition.

Singapore only secured one win against Cambodia, and came up with draws against Laos and Malaysia.

The Young Lions lost 5-0 to Thailand.

Singapore’s football sides have now failed to make the knockout stages of the SEA Games tournament in consecutive games since 2015.

In the match against Malaysia, the Young Lions were abysmal, save the streamer from Shah Shahiran which secured the equaliser.

For most of the clash, Singapore’s footballers were on the back foot, with chances at goal very few and far between.

With the match tied at 1-1, Glenn Kweh had the best chance to get on the score sheet to take the Young Lions ahead.

Unfortunately, he skied his chance with only the Malaysian custodian to beat.

Even after Harhys Stewart gave the Young Lions the lead with about 10 minutes remaining, the lead lasted barely for four minutes with the Malaysians getting even after just four minutes.

As a player and a national skipper, Vietnam was memorable for Nazri having led the Lions to the Tiger Cup in 1998.

As a coach unfortunately, Nazri will hope to forget that he too, has now failed to take the Young Lions past the group stages of the biennial SEA Games football tournament just like Aide Iskandar (2015), Richard Tardy (2017) and Fandi Ahmad (2019).

For the Football Association of Singapore, it is now back to the drawing board yet again.