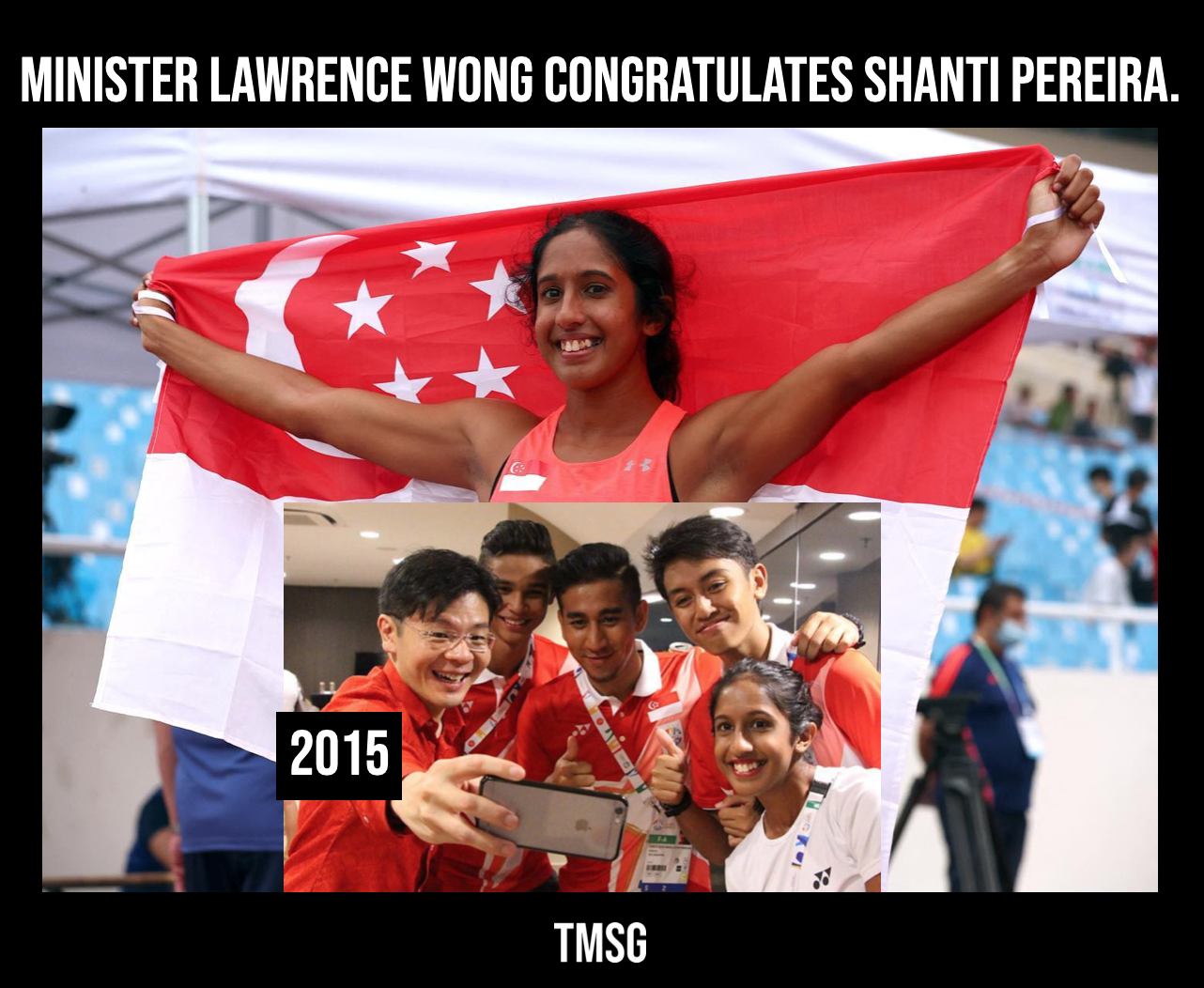 Singapore had to wait 42 years for a sprint gold medal at the Southeast Asian Games before Shanti Pereira struck gold in 2015 at the National Stadium in Singapore when the Lion City hosted the biennial games.

Seven years later, Pereira has repeated the feat, this time in Vietnam at the ongoing SEA Games in Hanoi.

It was also a new national record for the sprinter, with her previous record marked at 23.60s.

“It’s been tough, I’m not going to lie,” she told the Straits Times after composing herself following the win.

“This one required a lot of struggles.

“I’ve been through a lot in the past seven years.”

Among those who congratulated Pereira was Singapore’s Finance Minister Lawrence Wong.

Wong was Minister for Culture, Community and Youth in 2015 when she won her last gold in Singapore.

“I was at the National Stadium back then, when she secured Singapore’s first 200 metres sprinting gold medal in the 28th SEA Games.” he said in a Facebook post.

“We celebrated and I remembered vividly her joy of achievement. My warmest congratulations to Shanti – our sprint queen, you have done us proud!”