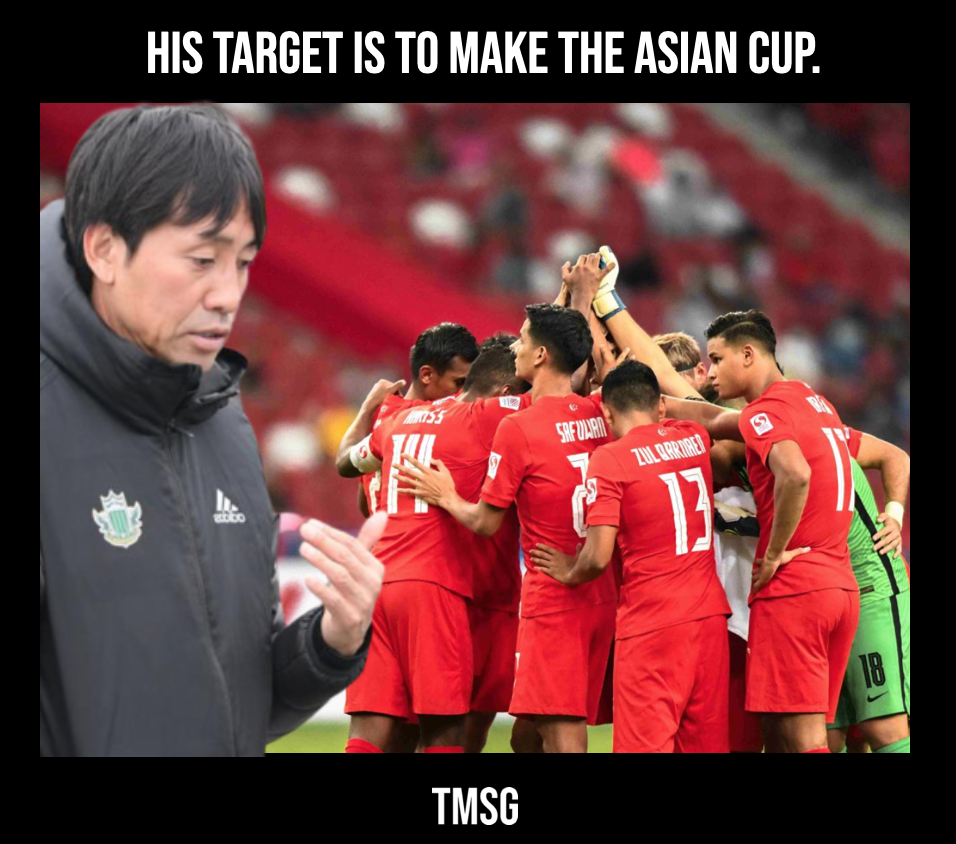 Newly installed Singapore football head coach Takayuki Nishigaya may not have an international experience and has not even led the Lions out for a single game.

But in an interview with the Straits Times ahead of the Lions upcoming Asian Cup qualifiers in June, Nishigaya said that he wants to qualify for the Asian Cup.

Singapore has never qualified for the Asian Cup finals on merit, and only participated in the final competition once in 1984 when the event was held in Singapore.

“My objective is very clear: To go through to the Asian Cup Finals,” he said.

“Our opponents might be higher-ranked, but I have full confidence in our team.

“The boys must have the belief that they can overcome the opponents to get positive results in all the games.”

The 49-year-old named his 27-man squad on 24 May, and dropped 2012 Suzuki Cup winning goalkeeper Izwan Mahbud, probably the biggest name missing from the Lions list.

In the squad though was rookie and Young Lions forward Glenn Kweh.

Singapore will face off against Kyrgyzstan on 8 June 8, then come up against Tajikistan on 11 June 11 and round off the set of ties with a match against Myanmar on 14 June.

Six group winners and five best runners-up will advance to the continental showpiece which means the Lions must at least beat both Myanmar and Tajikistan to stand a decent chance to qualification.

Nishigaya does not believe that he will be hamstrung by his lack of international experience.

“I don’t have international experience, but I have been a coach for 20 years and I aim to build on (former coach) Tatsuma Yoshida’s good work and take the Lions to a higher level.”