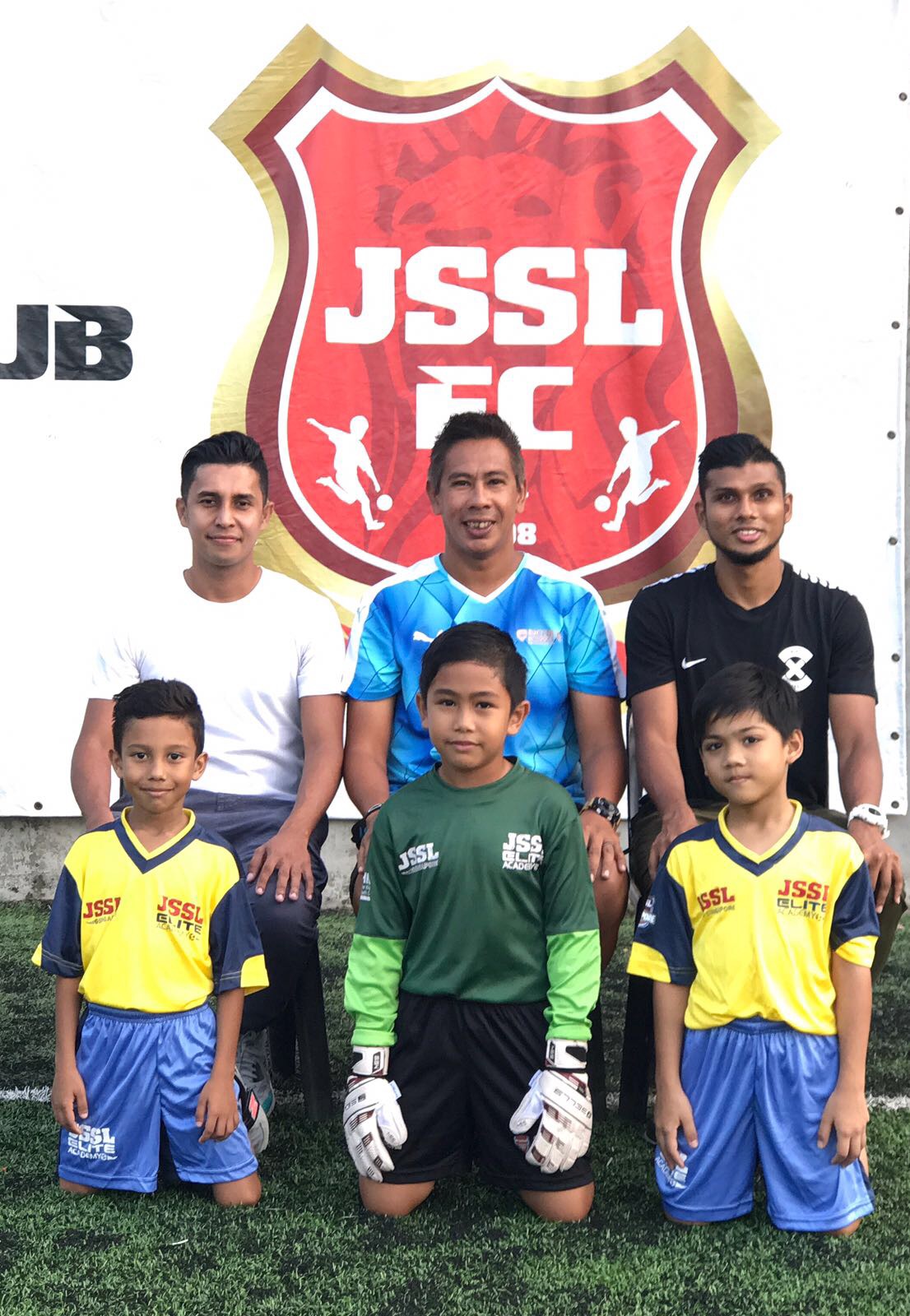 They all have international caps to their names, and one them is still serving as a Lion in the Singapore national football team.

But serving as Lions isn’t the only thing which they have in common.

What’s more, all three players have sons who are footballers who are aiming to follow in their fathers’ footsteps.

And now, the boys’ have also earned a scholarship each to have them train at JSSL as they aim to develop their football skills.

Said former skipper and national goalkeeper Rezal Hassan: “It is a wonderful gesture by JSSL to have my son Ilhan train as one of their scholars. It will give him a chance to fulfill his potential and hopefully he will also make it to the national team in the future.”

Added national striker Fazrul Nawaz, whose son Ayden Naim Fakhry is six, “My son Ayden always talks about football and enjoys kicking around. When Harvey (Davis) offered the scholarship for my son, I could not turn it down because I knew that my son would get possibly the best youth training we could ever find in Singapore.”

JSSL has recently been in the news after Fulham’s signing of Benjamin Davis, and also the signing of Felix Goddard at Manchester City’s Academy.

And this was what inspired former Tampines Rovers midfielder Imran Sahib to let his eight-year old son Mohd Aryan accept the opportunity to train at JSSL.

He said: “JSSL has a history of turning young players into players who have played for national youth teams, or players who have gone on to sign for solid overseas academies. I am thankful to JSSL for this opportunity to groom my son as well.”

JSSL Managing Director Harvey Davis shared his reasons for granting the scholarships to the three young footballers, “These are players who have contributed to the country. They are also currently serving as our coaches. It is our hope that these young footballers end up becoming luminaries like their fathers.”