Song Uiyoung goes from hero to villain in 10 minutes as Lions go down 2-1 to Kyrgyz Republic. 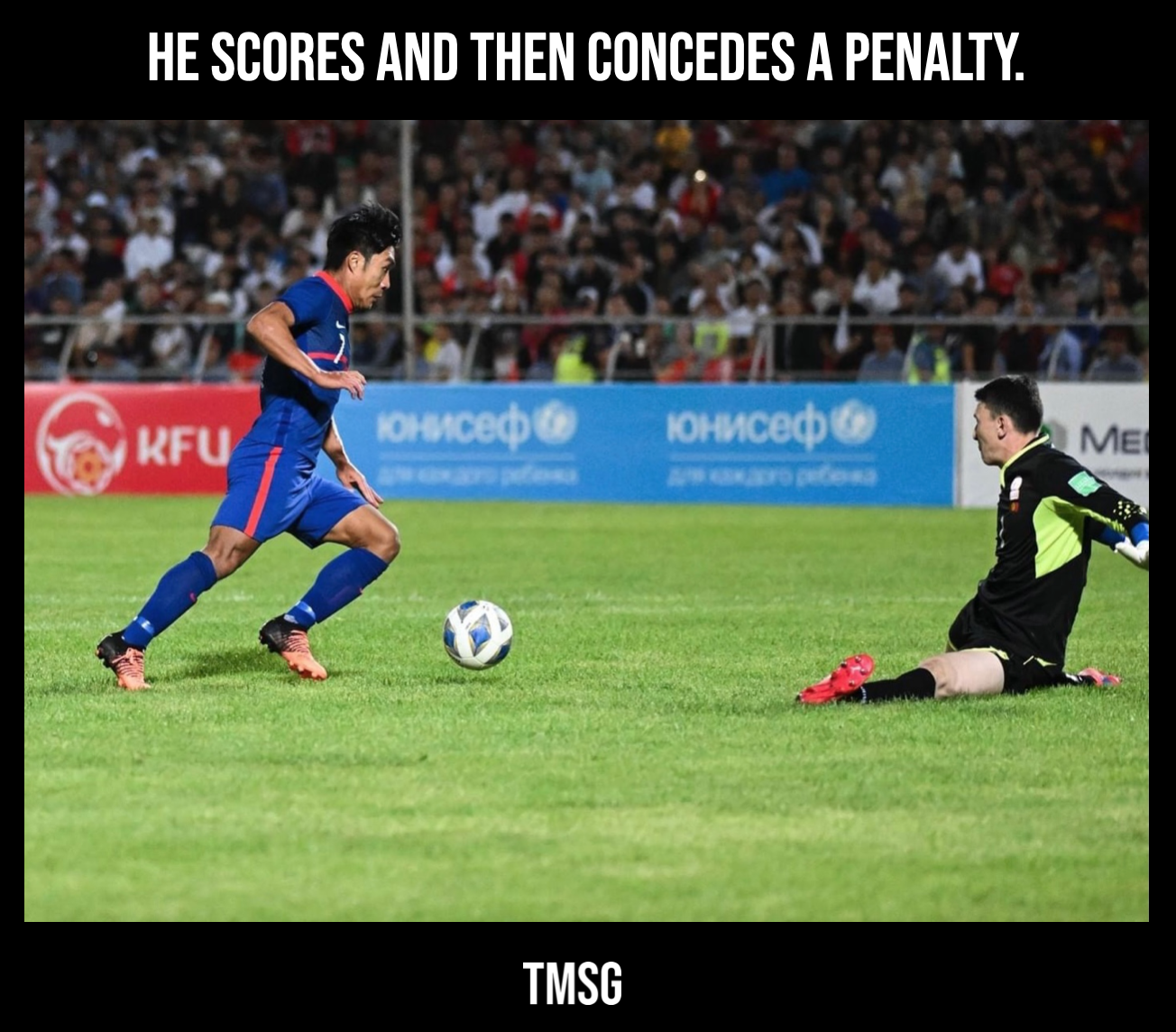 At the end of 90 minutes, it was the final result which mattered.

And for Singapore national football coach Takayuki Nishigaya, the statistic will remember that he came off with a loss in his first competitive match in charge as the Lions went down 2-1 to Kyrgyz Republic in the Asian Cup Group F qualifiers on 8 June in Bishkek.

It was Nishigaya’s second defeat in as many matches after a 2-0 loss to Kuwait in a prior friendly.

Despite the defeat, Nishigaya remained upbeat and said he was happy with the team’s efforts.

“While I am disappointed with the result, I am very happy to see the boys’ effort,” he is quoted on the Football Association of Singapore website.

“I am really proud of my boys because we played very well.”

He was also still holding on to a glimmer of hope.

“We have two more games left and we can still go to the next stage, so we have to focus on those games.”

The Lions will come up against Tajikistan, who trounced Myanmar 4-0 in the other Group F match, on 11 June.

SO CLOSE YET SO FAR

The Lions will reflect on the match and probably recognise that they were perhaps just 10-odd minutes away from what could have been a crucial victory in their quest for a place in the Asian Cup finals.

Song Uiyoung turned from hero to villain in a space of 20 minutes.

First he gave his adopted homeland the lead in the 55th minute but just 20 minutes later, climbed all over Viktor Maier, and conceded a penalty.

Valerie Kichin sent Hassan Sunny the wrong way and the Kyrgyz took the bull by the thorns.

Smelling blood, they pushed forward and got the winner just three minutes later.

Hassan was also responsible for keeping the scoreline respectable for the Lions, but on the other end, Ikhsan Fandi and Faris Ramli could have also found the net had they been more clinical in front of goal.

A point which Nishigaya acknowledged.

“We created a lot of chances but we scored only one goal but I know we can score more,” he said.

“It is something I am confident we will improve on.”

The Lions now possibly need two wins out of two remaining matches to stand any chance to making the 2023 Asian Cup finals.