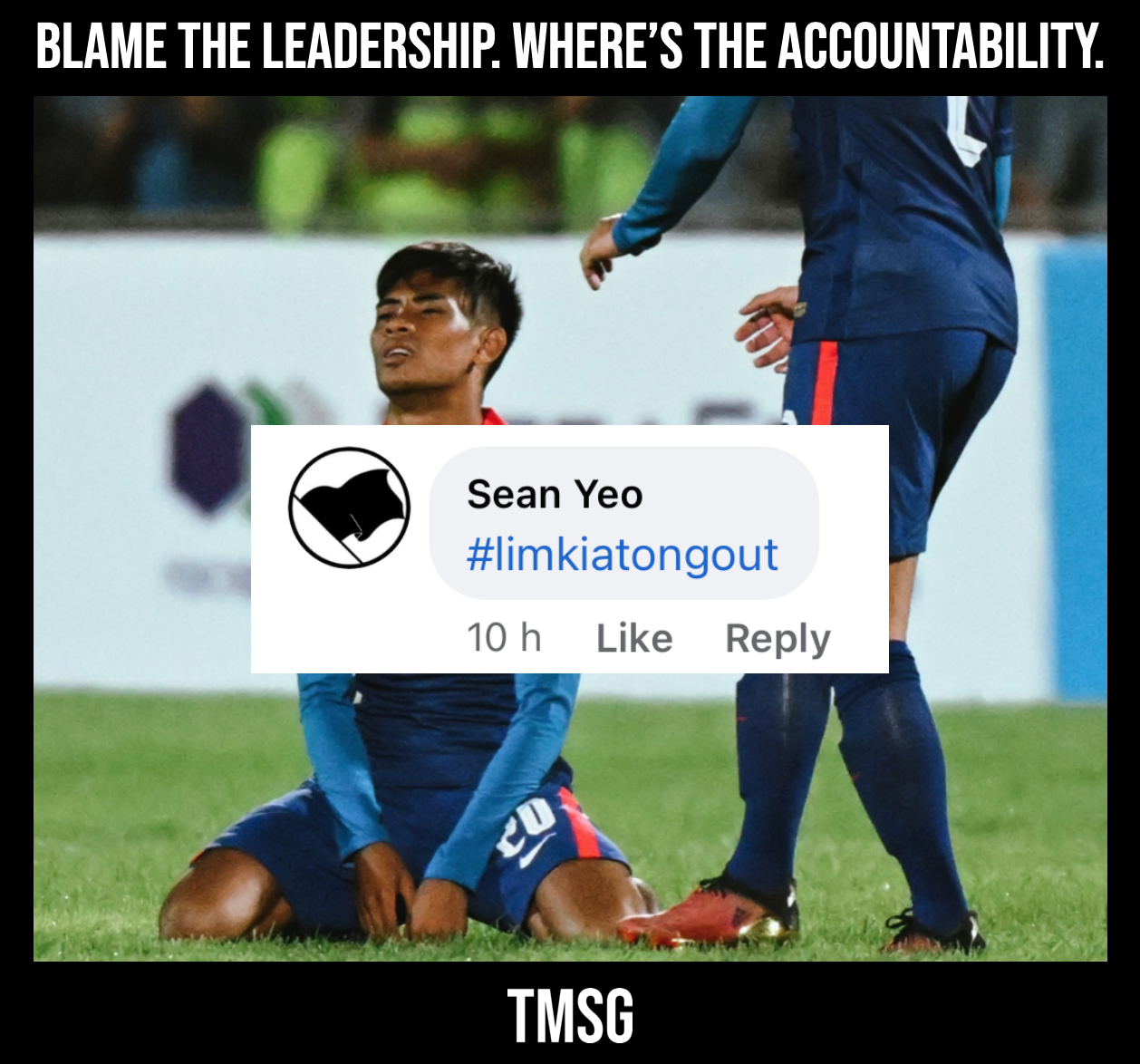 Former Malaysia technical director Peter de Roo has blamed the leadership of the Football Association of Singapore (FAS) for the current state of football.

“You still have poor leadership in FAS,” said de Roo, who served as Malaysia’s technical director from 2017 to 2020.

“That’s why you are where you are right now,” he added.

In his Facebook post, Khairul had lamented about the poor state of the FAS leadership between 2006 and 2015, which has led to the current state of the game in Singapore.

“This is what happens when you employ clowns,” he said in his post.

Personalities aside, football fans have also reacted to the poor showing and have been baying for blood.

Fans have also thrown shade at the FAS hashtag #ONESTRONG.

And fans have targeted the President of the Football Association of Singapore (FAS) Lim Kia Tong.

Over the last week, Singapore football fans have had to endure a string of results which clearly left a sour after taste in everyone’s mouths.

First at the ASEAN Football Federation (AFF) U19 Championship in Jakarta, Singapore’s U19s lost to Cambodia by 1-0.

They then did a double by going down 1-0 to Timor Leste.

Both Cambodia and Timor Leste have long been regarded as the region’s whipping boys.

Not any more ostensibly as TMSG has since labelled Singapore as among the region’s minnows.

The boys’ uninspiring feat of a double defeat delight was not the only result fans baulked at.

In Manila at the AFF Women’s Championships, Singapore’s Lionesses went down 7-0 to World Cup-bound Philippines on 6 July.

The women’s team drew Malaysia 0-0 in the opening match and will still have to face Thailand, Australia and Indonesia.

There was some sympathy for the women’s team, given that it was only recently that they got organised but it should still be stated that this again pointed to how poor resources have been allocated in the past which prevented the women’s game from growing earlier.

Just like how futsal does not seem to feature much in the minds of the people who run FAS.

Prior to the AFF U19 and AFF Women’s Championship, Singapore’s Lions were denied a berth at the Asian Cup after not being able to see off Kyrgyz Republic and Tajikistan in the qualifiers, while regional neighbours Malaysia, Indonesia, Thailand and Vietnam all made the cut.

In addition, Singapore’s Young Lions were also given the early flight home from the Southeast Asian Games in May as they failed to make the semi-final stages of the competition again.