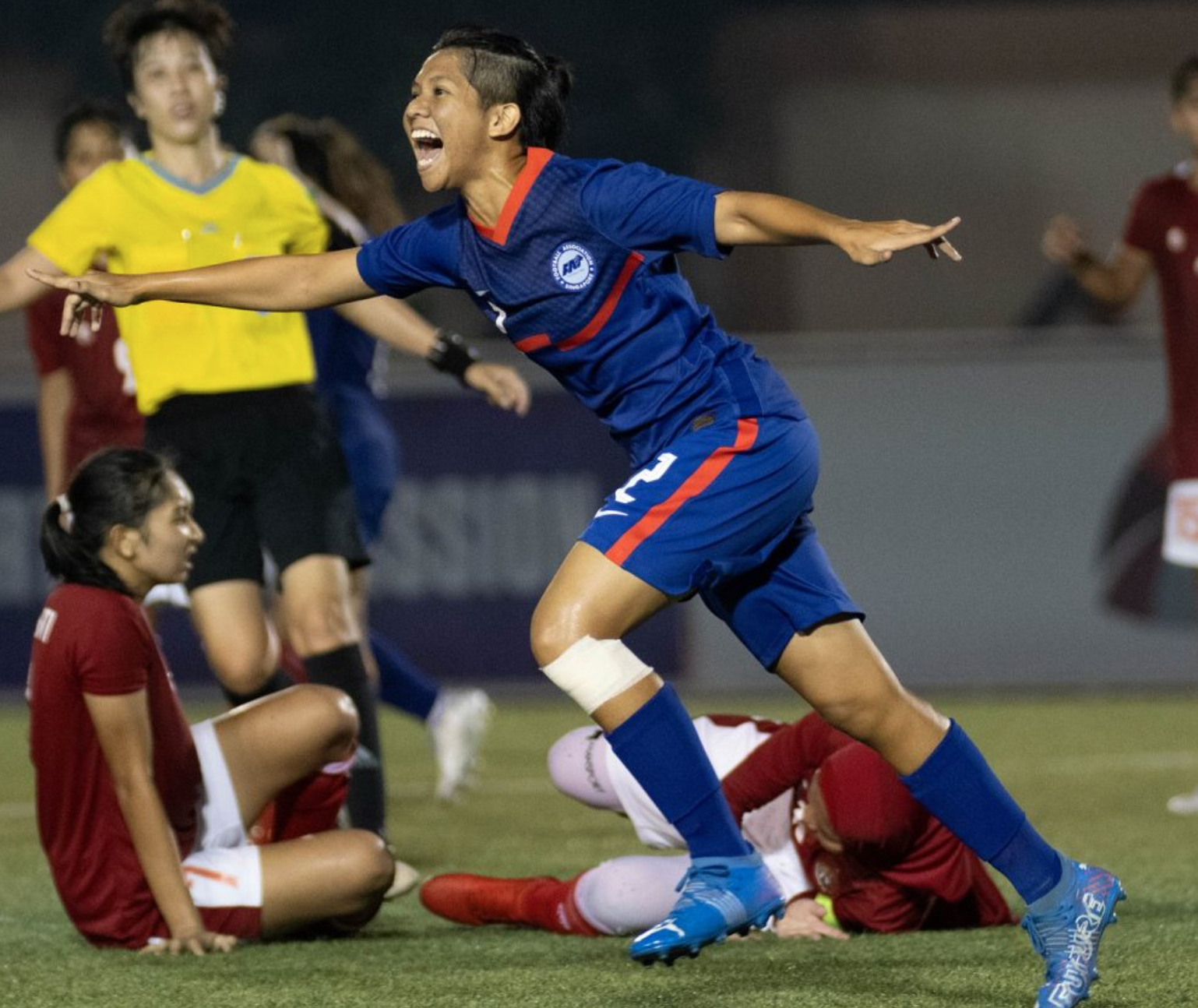 After almost 20 years, Singapore’s Lionesses have achieved a first.

A win at the ASEAN Football Federation Women’s Championship competition.

At the Binan Football Stadium in Manila, the national women’s team earned a 2-0 victory over Indonesia through goals by Izzati Rosni and Syazwani Ruzi.

While the team failed to make the knockout stages, the win left the team over the moon, especially after facing off against Malaysia, Australia, Thailand and Philippines in prior matches.

The Lionesses lost all their matches, except for an opening draw against Malaysia.

Nevertheless, there is nothing for the Lionesses to be ashamed of.

Two of their opponents in Group A are bound for the 2023 Women’s World Cup – Australia (photo below) and Philippines.

Another – Thailand – are through to the playoffs and still have a chance of making the big extravaganza next year to be hosted by Australia and New Zealand.

In Southeast Asia, Vietnam’s women’s team have also made the 2023 Women’s World Cup, meaning that a few of our regional neighbours started their investment in women’s football way before Singapore saw the need to.

“We benefited from these games; they are very good for our development,” Singapore’s national women’s coach Stephen Ng said in post-match quotes captured on fas.org.sg.

“While it is unfortunate that we couldn’t progress to the next round, it was a very good experience.

“Today, we very badly wanted to win to finish off the campaign and we worked hard for it today.

“I give credit to all my players for their hard work.”