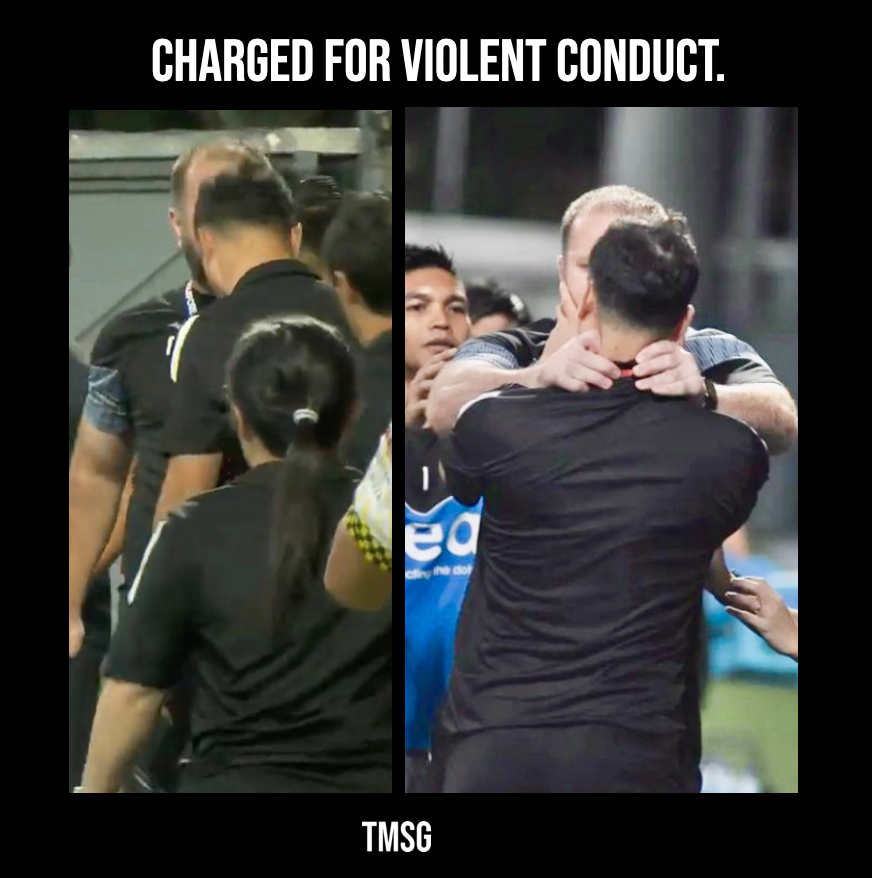 Both Lion City Sailors and Tampines Rovers have been slapped with charges by the Football Association of Singapore (FAS).

In a statement, the FAS Director of Competitions Aloysius Vetha said the football moved to charge the clubs after viewing of the relevant footage and match reports.

A disciplinary committee will also hear the case on Thursday, 28 July.

Both Kim Do-hoon, the Sailors’ head coach and Mustafic Fahrudin, the Stags’ assistant coach have been charged with violent conduct following the ill-tempered end to the AIA Singapore Premier League match on 24 July.

This follows the headbutt by Kim on Fahrudin, and the subsequent actions by Fahrudin after the final whistle, which showed him grabbing Kim by the throat.

A police report has also since been filed by Tampines Rovers, according to the Straits Times.

In addition to the two coaches, both clubs were also slapped with charges over the conduct of their teams during the match following the incident in the 87th minute.

The Lion City Sailors have also been charged for the conduct of its spectators.

The charges have been communicated through both clubs and the clubs have until 27 July at 6.00pm to respond, said the FAS.