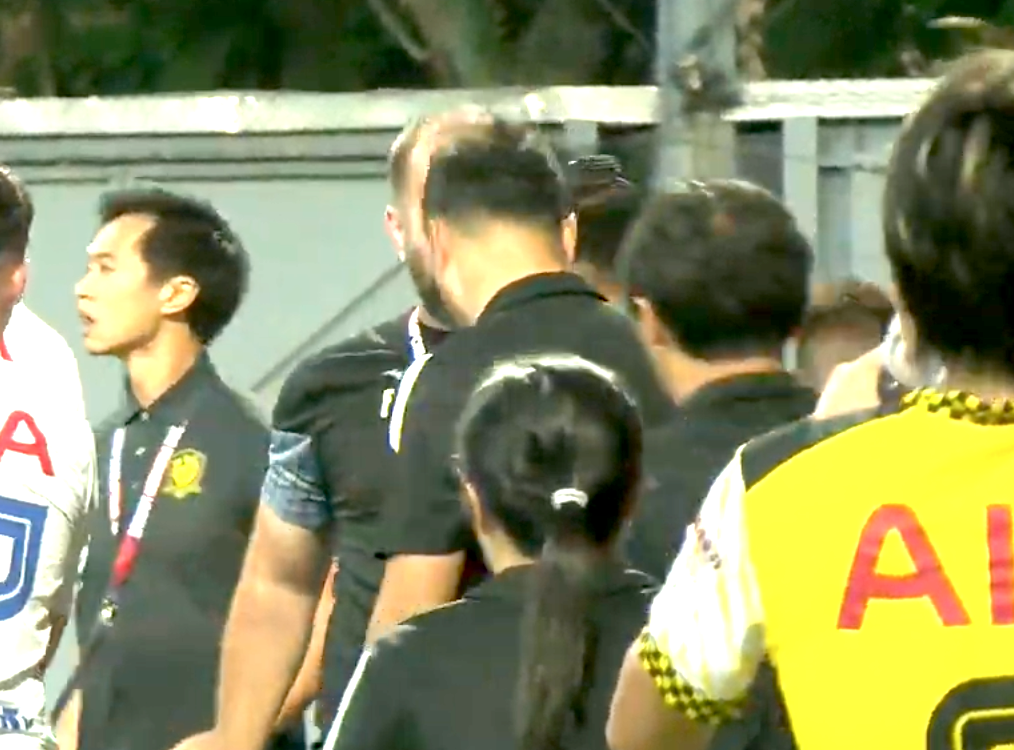 On 25 July, the Straits Times reported that a police report has since been filed.

The report comes hours after Kim appeared to have headbutted Fahrudin in the face following an incident in the 87th minute with the score tied at 1-1.

A new video which was sent to TMSG also shows that Kim was clearly outside his own technical area when the incident happened.

The drama did not end after the referee blew the final whistle.

Separately, TMSG has also received another incident during Kim’s time in the K-League from 2019 featuring a match between Ulsan and Daegu.

The video is self explanatory.

Here’s one part of the video which looks vaguely like what happened between Kim and Fahrudin.

In the match report posted on the LCS website, Kim apologised, but only to the fans and not to Fahrudin.

“Results aside, we would like to apologise to the fans for showing such emotions,” he said.

“Emotions can get rough during a game and it’s up to us to control it.

“It got a bit heated, but we’ll make sure this won’t happen again.”

We need to check if he said the same thing in Korea as well following his outburst then.