What the hell is going on with Singapore football? 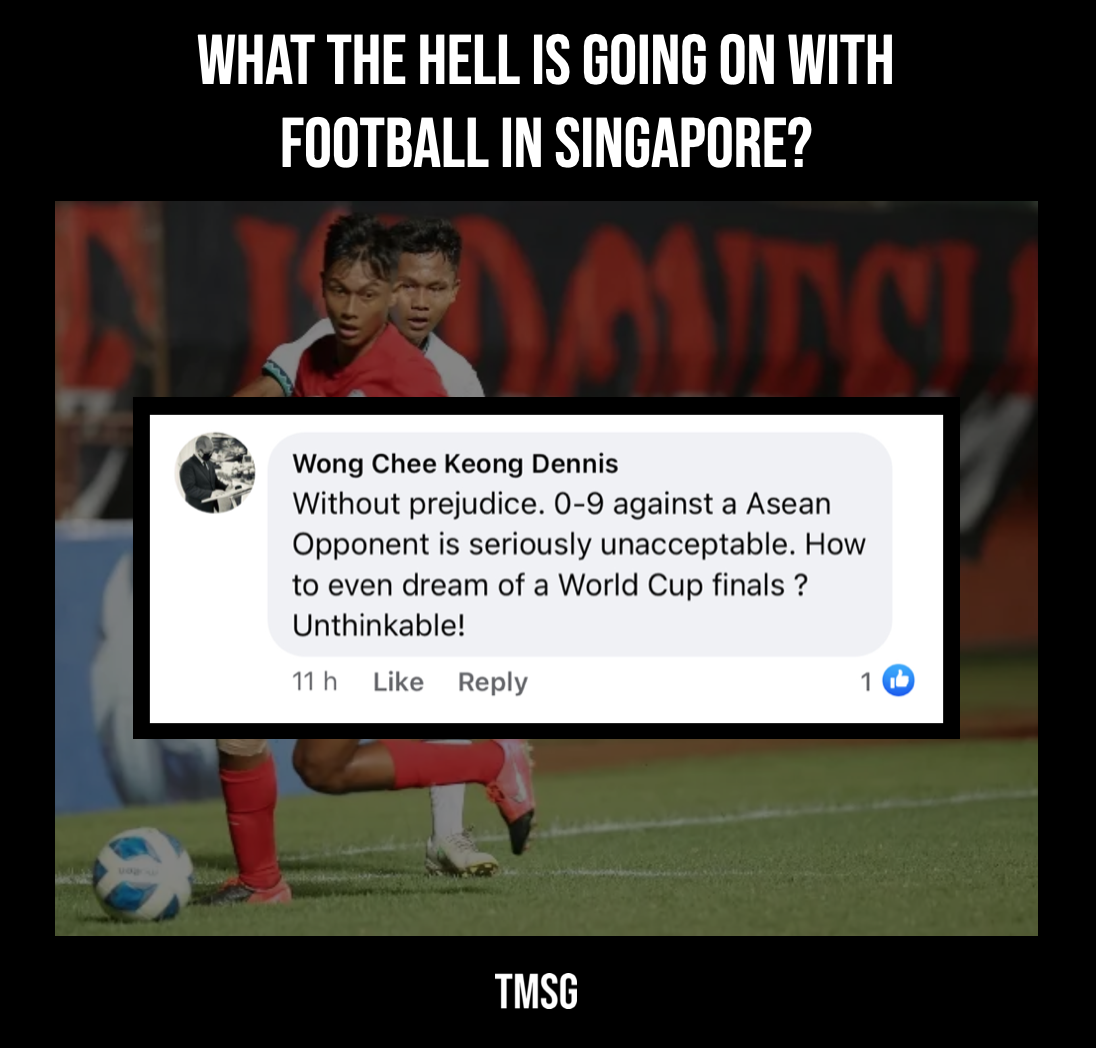 Singapore football fans have emerged in droves to land blows on the Football Association of Singapore (FAS) after a 9-0 loss against Indonesia at the ongoing Asean Football Federation (AFF) U16 tournament in Indonesia.

Fans are not exactly pleased and are demanding answers and change.

Unfortunately, both will not be forthcoming at all.

The national U16 boys are being led by newly appointed Spaniard Angel Toledano.

After the 9-0 loss, Toledano is quoted as saying that “it’s still difficult for us to match that level.”

Former national goalkeeper Yakob Hashim, himself a former management committee of the FAS leadership team who was elected to office in 2017, called the national body “Failing at Soccer” and “Forever Always Silent”.

He even came up with a new hashtag #onerojak to take the mickey out of the FAS’ #onestrong hashtag which has been the butt of jokes.

The 9-0 loss to Indonesia came days after the same team lost 5-1 to Vietnam.

Almost similar results were on the scorecards when Singapore’s U18s participated in the recently concluded AFFU18 tourney as well.

In that tournament held in July, Singapore lost 1-0 to Cambodia, lost 1-0 to Timor Leste, lost 3-1 to Laos and drew 0-0 against Malaysia.

At the recent Southeast Asian Games in Vietnam, Singapore’s U23s failed to make the semi-finals again.

The last time Singapore made the knockout stages of the SEA Games football tournament was in 2013.

Following the recent loss against Indonesia, fans descended onto the FAS Facebook page and left almost 1000 comments after the 9-0 loss to Indonesia.

Here’s a sampling of the comments from fans.

A former national youth player suggested that the opponents were fielding underaged players.

His allegations are not based on facts, unfortunately.

Singapore will face off against Philippines on 6 August next.

Have a view about the state of Singapore football? Drop us an email at hello@tmsg.sg and your letter will get published.