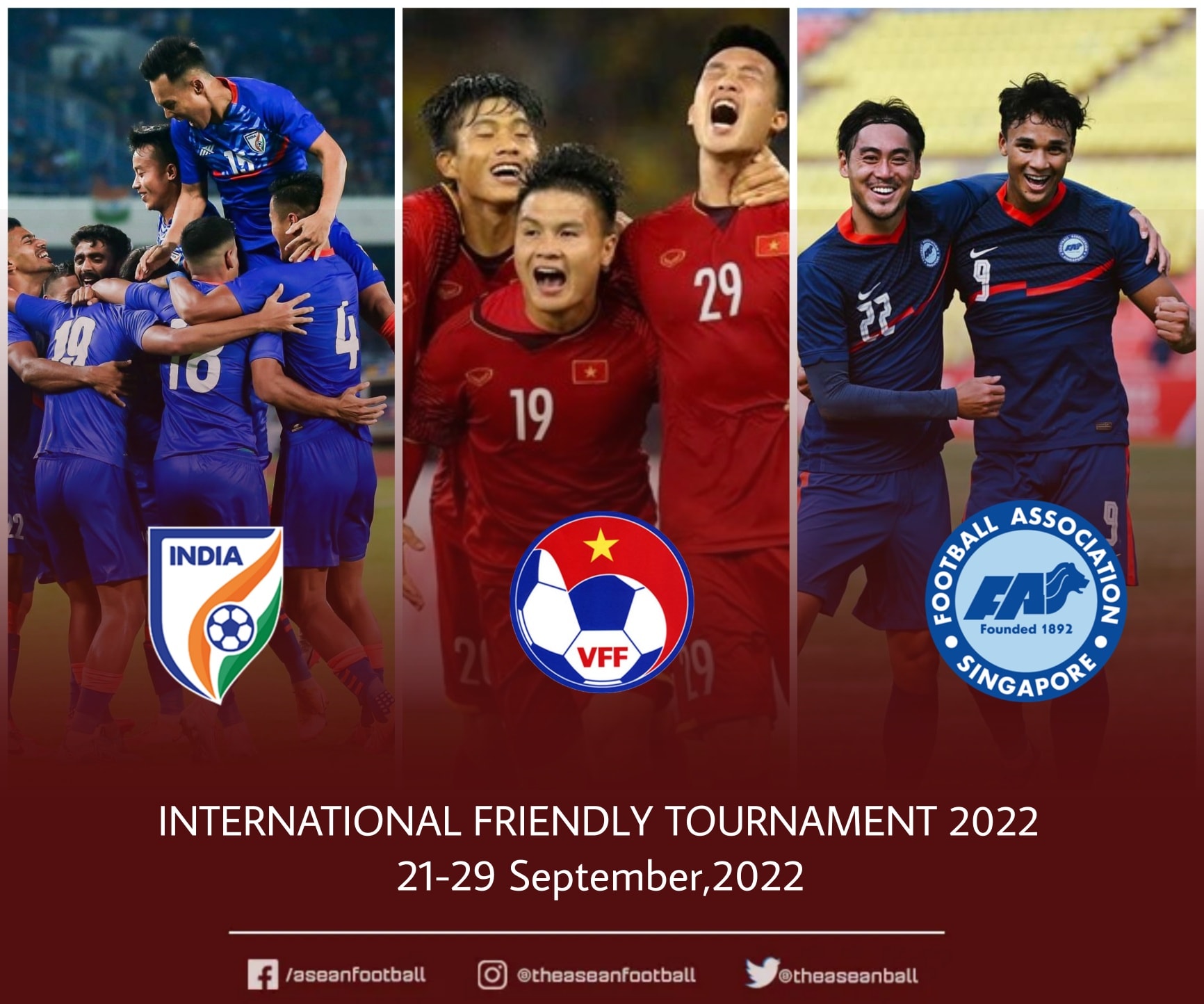 Singapore football fans are discovering through online reports that the Lions will be playing two friendly matches in Vietnam in September.

According to social media site ASEAN Football, Singapore will face off against Vietnam and India in Ho Chi Minh City on 21 and 24 September 2022 at a friendly tournament being organised by the Vietnam Football Federation in commemoration of FIFA Day.

All matches will be held at the Thong Nhat Stadium in Ho Chi Minh City, the same venue at which Singapore defeated Indonesia 2-1 at the semi-finals of the 1998 Tiger Cup.

Vietnam is currently the highest ranked Southeast Asian team on the FIFA rankings in 97th spot.

India is ranked 104th according to FIFA while Singapore is ranked 159th in the world.

No information about Singapore’s involvement in the tournament has been posted on the Football Association of Singapore’s website or social media handles yet.

The friendly tournament could give Lions national coach Takayuki Nishigaya an opportunity to inject new blood into the ageing national team where a handful of players are already over the age of 30.

After failing to lead the Lions to the Asian Cup finals, Nishigaya’s biggest challenge this year would be to try and get into the semi-finals of the Mitsubishi Electric Cup to be held in December 2022 to January 2023.