$15 a day for training in Singapore. This is what Singapore national women footballers earn for their efforts. 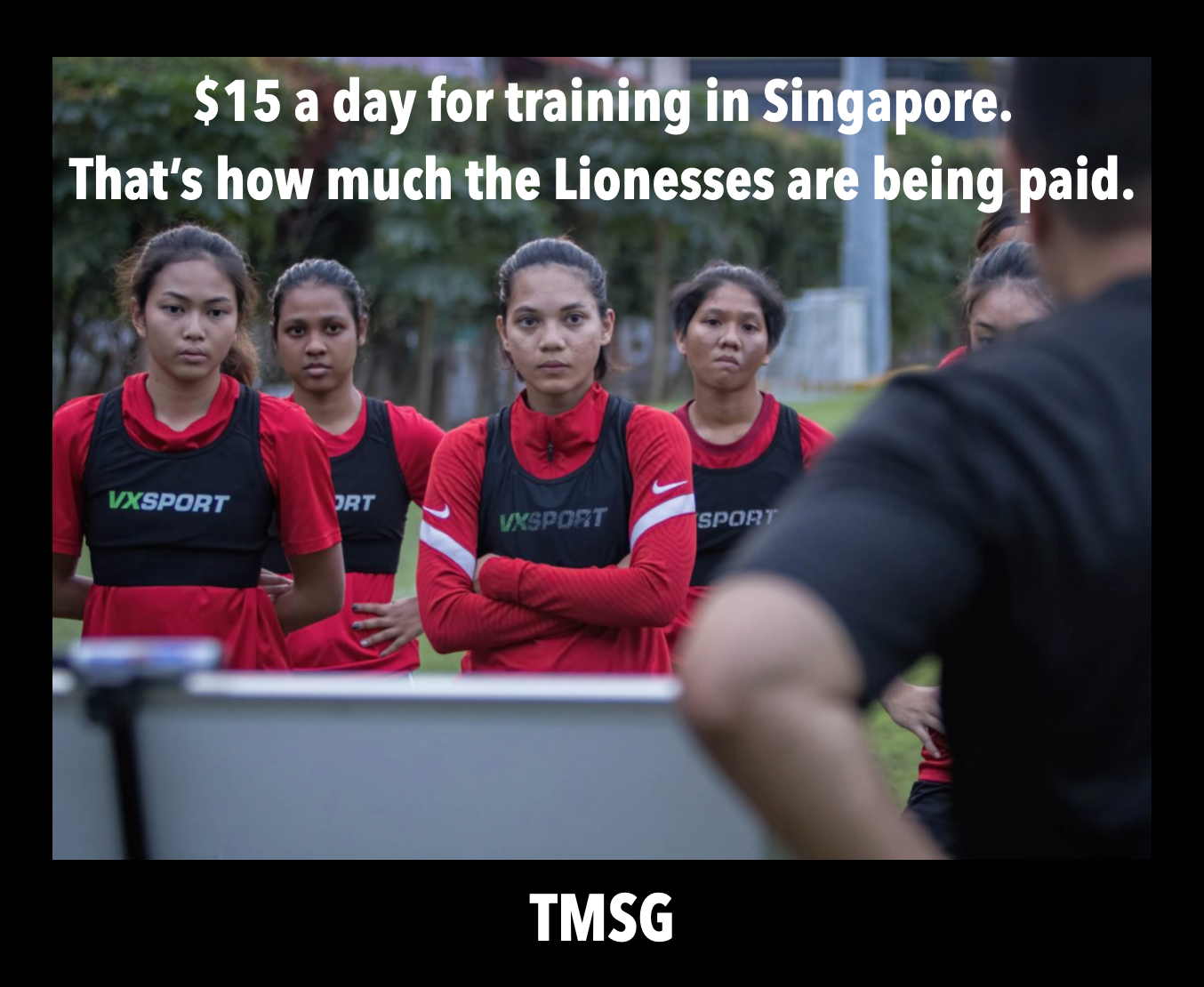 According to multiple sources TMSG spoke to for this story, this amount has not changed since 2014.

$15 as a daily allowance is way too little, given the current costs and standards of living in Singapore, said a senior football official who spoke to TMSG on condition of anonymity.

The $15 training allowance is paid out to the players for local sessions.

The Lionesses get $40 a day for international tournaments and between $25 to $30 per day for training trips overseas.

A former female national player who responded to TMSG’s queries, and who spoke on condition of anonymity said that the sum is grossly insufficient.

“A ride on Grab home from the training venue costs more,” she said.

“Whatever the men get, the women should be getting that too,” she said.

A check on Grab for a ride from Yishun Stadium to Tampines at about 8pm on a weekday costs almost $20, already more than how much the players get paid as a reimbursement.

A Singapore Premier League coach, who spoke to TMSG on condition of anonymity, said that the $15 a day was “unacceptable” and “insufficient”.

“It is also insulting, because there is nothing much you can do with $15 these days,” he said.

“Surely they deserve more because they are the national women’s team.”

Former Home United coach Steve Darby (photo below), who spent two years as Vietnam’s national women’s coach said that allowances for the men and women “should be equal”.

“Food is food whether you are male or female,” he told TMSG.

“Many European nations pay equally and football is football irrespective of gender.”

The national women’s team under coach Stephen Ng train at least three times a week together at the Yishun Stadium, unlike their male counterparts who will only break for national duties during the FIFA window.

Unlike the men’s national team players who are professionals who earn a monthly salary from their clubs and who earn $40 a day as local training allowances and $50 if they are in local centralised training, the women’s players do not earn any salaries from the clubs they represent in the amateur Deloitte Women’s Premier League.

For now, parity is not the issue but what should constitute a fair allowance, given current costs of living in Singapore.

$15 a day for the Singapore national women footballers is grossly insufficient and hardly justifiable.