10 Singapore icons you will see on the new Orchard Road Street Circuit, courtesy of the Legion of Racers. 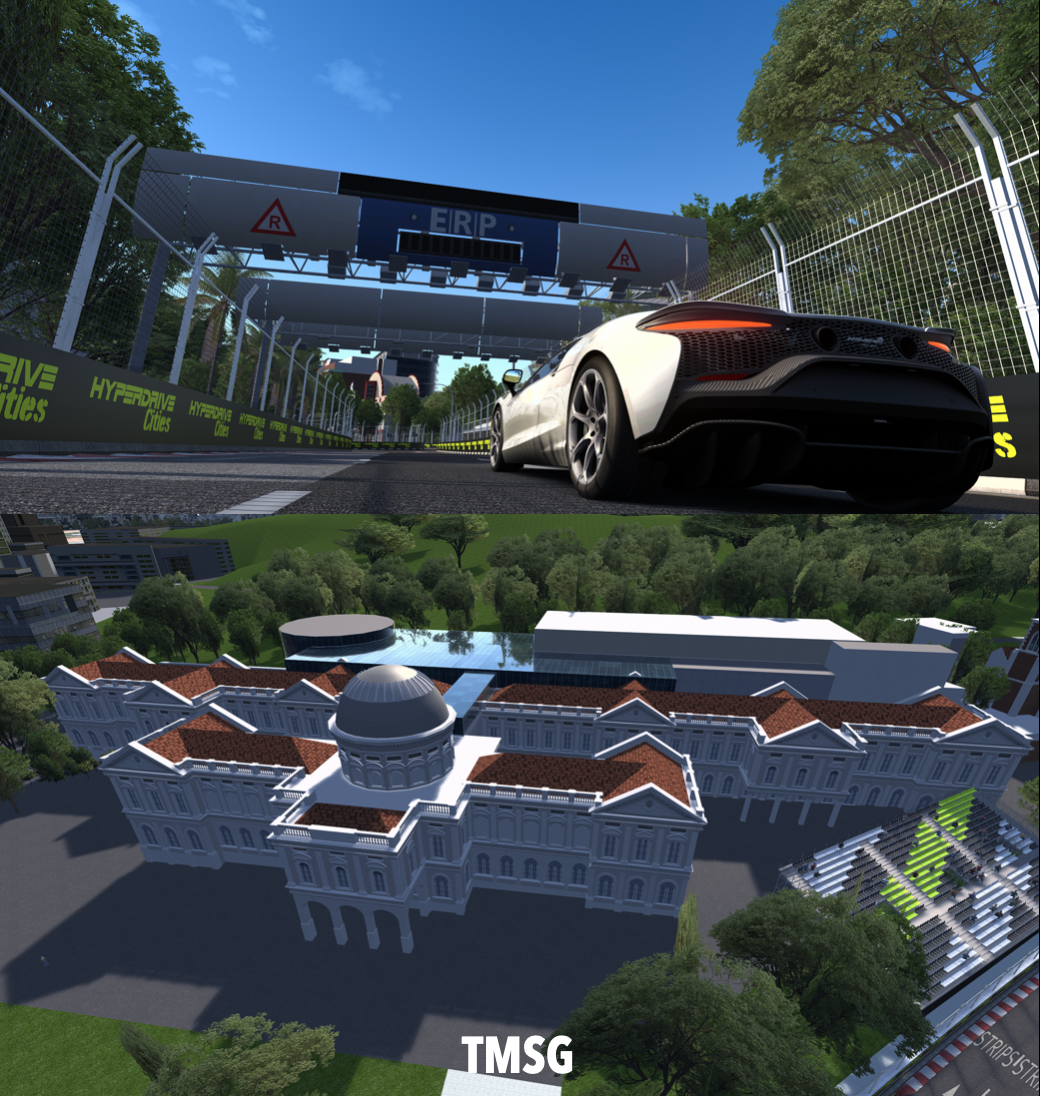 The Legion of Racers, the organisers of the HyperDrive Cities Championship 2022, have released an extended version of the Orchard Road Street Circuit.

The Orchard Road Street Circuit – a virtual digital twin – was first released in September 2021 as part of the inaugural E-Cities Championship.

This year, the E-Cities Championship is. now called the HyperDrive Cities Championship and the revised circuit will feature 18 corners along a 4.9km track, which will get sim racers to race along the Somerset, Dhoby Ghaut and Fort Canning areas.

More than 150 sim racers are expected to fight for their places for a slot in the final of the Hyperdrive Cities Championship 2022.

Qualifying will be held from 15 to 18 September and the top 25 sim racers will compete for a chance to get their hands on the S$10,000 prize pool reserved for the top ten winners in the final.

Here are some new features of the track which have been created which are new.

Just opposite to Plaza Singapura is Dhoby Ghaut MRT. Talk about convenience travelling to the track (albeit virtually, of course).

Maybe Madam President wants to watch a race in front of the Istana? Just wondering.

The iconic red-bricked building that sits along Orchard Road will be a blur as drivers race past at speeds in excess of 250km/h.

Unfortunately, like in real life, it is closed. Moving on.

This marvel of a building may catch the drivers out. We wonder if an art student from here helped to contribute to the 3D model of this.

Now students will have an excuse for getting distracted during class. Not saying that you should.

Motorsport fans may be slightly disappointed that there is nothing about racing history in the National Museum Singapore even though Singapore was host to the Singapore Grand Prix in 1961. Oh well.

Don’t think parking will be an issue in Orchard on race day considering the track is (virtually) closed.

But we are genuinely surprised that there are this many lots at Ngee Ann City available.

And what is a race track at Orchard without the infamous ERP but luckily racers will not have to pay when they pass through them.

The Orchard Road Street Circuit extension is part of the HyperDrive Cities Championship, organised by the Legion of Racers as part of the 2022 Grand Prix Season Singapore (GPSS).

This post is powered by the Legion of Racers.