Female players and officials in Women’s Premier League sit in the rain at Yishun Stadium due to absence of dugouts for teams. 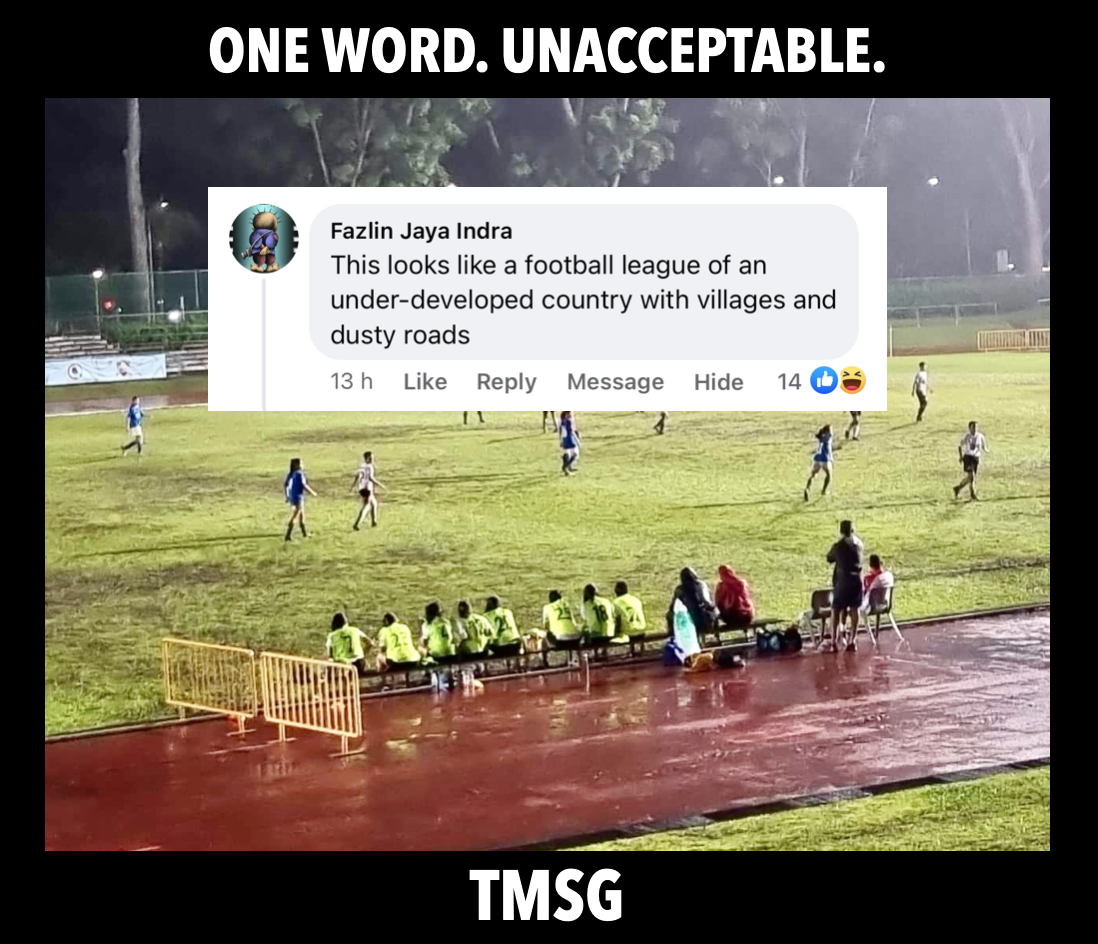 It is a whole-of-society effort that we need to change, the whole ethos and philosophy behind it, levelling up and making sure that women’s football and correspondingly women’s role in all of society can be equal to that of men.

The words above were not uttered by TMSG but were made by Edwin Tong, current Minister for Culture, Community and Youth at the Women’s Football Conference in March 2022.

Then when Tong launched the Deloitte Women’s Premier League in May, he said, “The men have as much a role in this and it is important for us to remember that all of us in this room have an equal stake in ensuring that we have gender equality in Singapore.

“This is part of the Government’s efforts in building a fairer and more inclusive society.”

If fairness and inclusivity was on the agenda, then there is still lots which he needs to do, especially when it comes to women’s football to make sure his words are heeded.

TMSG readers have reacted to a photo which showed the reserve players and officials from both Lion City Sailors and Hougang United’s women’s teams sitting on long open benches while the rain was beating down during a Deloitte Women’s Premier League (WPL) match at the Yishun Stadium on 27 August.

A TMSG reader had submitted the photo via a Facebook direct message, asking for intervention to make things better for women players participating in the WPL.

Unlike the Singapore Premier League (or most other leagues around the world), the female players had to sit on benches instead of covered dugouts.

See photos below of the dugouts at the Jalan Besar Stadium and at the Jurong East Stadium, as examples.

Why the female players and officials have not been accorded the same at Yishun Stadium, dubbed the Home of the Women’s Premier League, is just beyond reason.

Across the Causeway, there are examples of how a proper dugout should be like as well.

The photo below is from Terengganu, which participates in the Malaysia Super League.

The issue of having proper facilities at the Yishun Stadium for the WPL has been raised multiple times by TMSG over the last few weeks.

On 18 July, TMSG wrote about how the WPL was being organised without proper dugouts, timing clocks and even scoreboards.

Then on 15 August, TMSG again exposed how the female players from Lion City Sailors had to change in public areas after the lights to the changing room were not functional.

In addition to issues involving the WPL facilities, TMSG also shared how Singapore’s national footballers were earning $15 a day in training allowances, compared to the $40 a day their male counterparts receive.

Embarrassing, to say the least.